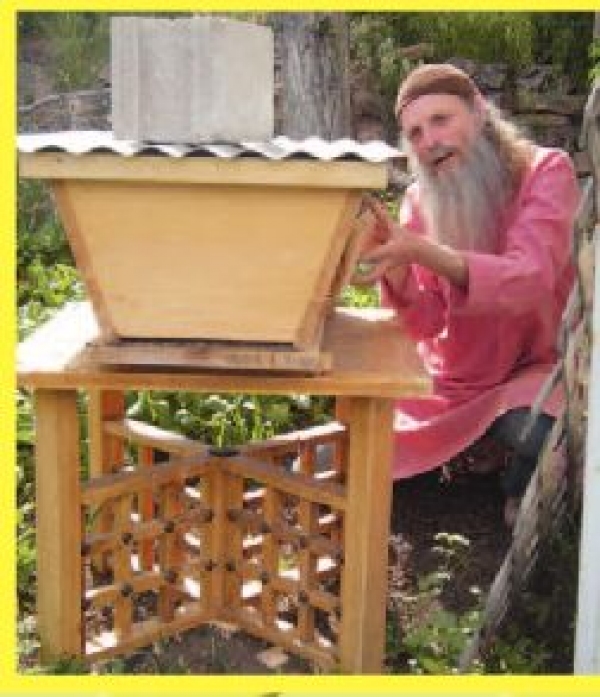 So, you’ve heard about the critical shortage of honeybees in the United States, and you’re thinking about keeping a couple of backyard hives. If so, you’d have plenty of company. But will that company be beekeepers — or people who used to keep bees?

“Everybody wants to be a beekeeper these days. Well, you don’t keep bees; you’re married to ‘em,” he says. “And not everyone wants to be married to bees. People think they’ll take care of themselves, but it’s not like hanging a birdhouse. It’s more like having a dog or a garden. You’ve got to put some effort into regular upkeep.”

Over the last 15 years, beekeepers across the nation have seen annual bee losses rocket from about 10 percent to as much as 6o percent.

Pesticides, diseases, parasites and a mysterious disorder called Colony Collapse are all blamed. So as busy as he is running Niwot Honey Farm, Theobald also makes time to teach beekeeping classes.

Formal knowledge is something even a dedicated hobbyist needs, says Sadananda, co-founder of Alandi Ashram in Boulder, who has three hives — two of them nearly empty.

“Bees do that sometimes,” he says. “They just go away. The bees in the last hive seem happy.”

Sadananda has been keeping bees for about three years, but says he’s still too dependent on more experienced beekeepers for help and is now considering taking a class.

Start-up costs run about $300 to $400 for basic equipment, not counting the cost of the bees, which could be nothing if someone is looking to pass on a swarm they don’t need. However, Theobald recommends that anyone considering this “special craft” read up first, particularly The Joys of Beekeeping by Richard Taylor. Then take a course, such as the one he helps teach every fall through the Colorado State University Extension program in Boulder County.

An important question to consider is: Does my city/ county allow backyard beekeeping?

In Boulder County, yes — and no. Some towns prohibit all beekeeping in residential areas, others have some restrictions, and some have no limits at all.

Best to check with a local beekeepers’ association to see how it stands in your area.

No figures are available on the number of beekeeping drop-outs. But Theobald has seen too many novices surrender, handing off colonies to someone else or, worse, walking away from their bees.

“With all the problems we already have keeping bees alive, we don’t need that,” he says.