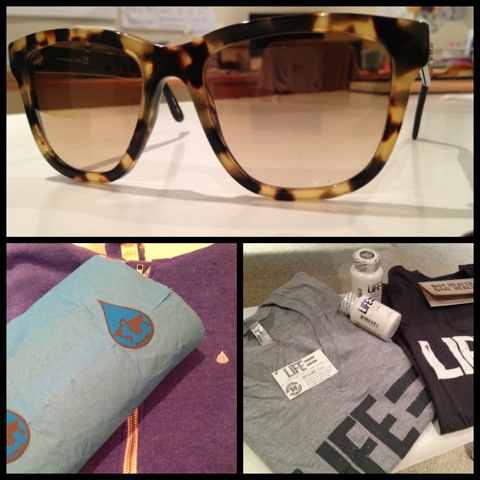 From King Richard in Robin Hood taxing his citizens to the point of starvation to Scrooge nickel and diming his employees out of a family Christmas, classic cartoons and fairy tales present a pretty grim picture of people who like money. But The [i4c] Campaign, and the Denver venture capital firm Galvanize that funds it, are trying to change that image.

The campaign is hosting a competition, dubbed “the Summit” on July 13 that will pit 10 startup companies from Denver and surrounding cities against one another for a chance to be one of three companies to win a $50,000 investment. The competitors are considered “impact” entrepreneurs whose companies and ideas are intended to make a positive social or environmental impact on their communities.

Jim Deters, CEO of Galvanize, says that the purpose of the competition and of the campaign is to show that for-profit companies can also do something good for the world.

“We wanted to find people that were basically solving bigger problems and not just chasing another dollar,” says Deters. “In the tech venture world, we get criticized for putting a lot of time, money and energy into building apps that make us money, but really, the world doesn’t need another photo-sharing app. Why don’t we use that same amount of passion for capital, technology and startup energy, and really solve problems that count?”

The problems that Deters is referring to are not small problems. Climate change, global poverty, women’s health and clean water shortages are just some of the issues that the competitors in the Summit competition are looking to address. As these problems grow and change, Deters says he believes businesses concerned with effecting positive change are the best solution.

“I personally believe that all enterprises should be ‘social’ enterprises, that every business endeavor has the responsibility to give back, or create something better for the world,” Deters says. “But you can do that without removing capitalism. We really want to show that these are for-profit ventures that do good and make money at the same time.”

So why all the focus on for-profit companies being able to do good things in the world? Cameron Houser, co-founder of the i4c finalist Given Goods Company, says that it has to do with business sustainability.

“I love nonprofits, but it’s also really easy to get frustrated with them,” Houser says. “They are inefficient, and the grant and donation systems are unsustainable. Some years you get a million dollars, some years you get two dollars, and how do you do the good work without that money? What we’re finding, and what all of these companies are finding, is that we can do the good stuff, but continue to support our own system of sustainable growth and funding by having a business that makes money.”

Given Goods Company, which is based in Boulder, curates “buy to give” products, meaning that every product sold also gives something back in return. Buy a pair of sunglasses, and a pair of corrective lenses are given to someone in need, or buy a pair of shoes, and ensure that a worker in a Third-World country is paid at least minimum wage.

“We want to give people the chance to find beautiful products that also do some good in the world,” says Houser. “There are so many companies out there that are helping out, but they’re difficult to find. By helping these companies and ensuring their success, we can ensure that good things continue to happen.”

Another Boulder-based company competing for the investment is Funding Launchpad, which will use crowd funding to help fund other “impact” startups. Crowd funding allows individuals the chance to invest small amounts of money into startup companies they are interested in or excited about.

Dave Milliken, chief marketing officer for Funding Launchpad, says he views the i4c competition, and the business model that it hopes to promote, as a way to change the views of Americans about where their money goes.

“I think that the old way of thinking is that you put your investment dollars into one type of company, you put your purchasing dollars into another type of company, and then you had a third bucket of money that was dollars that you put towards things that match your beliefs, and generally that was charitable giving,” Milliken says. “And we’re really impassioned by the concept of pushing all of those together.”

Boulder is well represented in the competition.

Four of the 10 startups chosen as finalists are based in Boulder.

“This is a great community in general for startups,” Deters says. “Boulder and Denver are at this massive inflection point of really becoming a burgeoning community of entrepreneurs, and we want to basically help facilitate that and add this impact component too.”