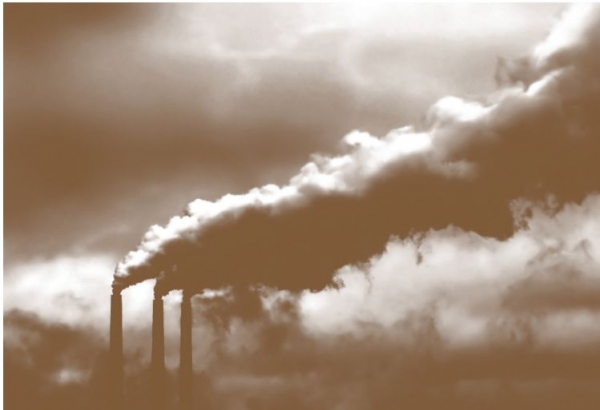 Though Congress this year may be better known as the session that failed to accomplish anything, a report commissioned by three ranking members of the House shows this year’s collection of Representatives has cast more anti-environment votes than any other in history. The total averages out to one anti-environmental vote for every day in session in 2011. The votes were split by party, with 94 percent of Republicans voting anti-environment and 86 percent of Democrats voting pro-environment.

“The House Republican assault on the environment has been reckless and relentless,” says Rep.

Henry Waxman (D-Calif.) in a press release. “In bill after bill, for one industry after another, the House has been voting to roll back environmental laws and endanger public health.”

According to the report, which was commissioned by Representatives Waxman, Edward Markey (D-Mass.) and Howard Berman (D-Calif.), “the House has voted 191 times to undermine protection of the environment.” Those votes have included blocking actions to prevent air pollution, disarming the Environmental Protection Agency when it comes to enforcing water pollution standards and Clean Air Act protections, addressing climate change, designating wilderness lands, allowing oil and gas development off the coasts of states opposed to offshore drilling and slashing funding — by 80 percent — for the Department of Energy to support renewable energy and energy efficiency.

“These votes are just a preview of coming attractions if the fossil fuel industries get their way and place more Republicans in Congress and the White House,” Markey says in a press release. “With that kind of cast, anti-environmental blockbusters will be the norm, sending more mercury into our kids, more air pollution into our lungs, and more carbon pollution into our atmosphere.”

“We have so many natural resource-type situations here, so we find ourselves in Colorado getting hit by these votes all kinds of different ways,” says Veronica Egan, executive director of Great Old Broads for Wilderness, a Durango-based environmental advocacy group founded in 1989 to make the case that seniors still enjoy wilderness areas. “I think probably the primary way is that there have been votes … to reject scientific findings, in other words to compromise the role of science in decision-making. And right up there with that is votes to block action on carbon pollution on climate change and planning for adaptation to climate change.”

Many of these measures were tacked onto other bills, and in a Congress that’s spent more time spinning its wheels than moving forward on anything, a lot of them didn’t pass.

“One of the things that we’ve been so painfully aware of in the environmental business is that we thought, of course, in 2008, ‘Oh boy, the Bush administration is gone and we’re going to see some progress,’ and we’ve been sorely disappointed along those lines,” Egan says.

The lack of strong environmental leadership has led to constant attacks on environmental legislation, even bills with decades of evidence to show they work, like the Clean Air Act, Clean Water Act and Endangered Species Act. Clean Air Act protections were hardest hit with 77 votes that undermined health-based standards and blocked EPA regulation of mercury and other toxic emissions from power plants, incinerators, industrial boilers, cement plants and mining operations.

Since it was signed into law in 1970, the Clean Air Act has reduced air pollution by more than 70 percent, according to the recently commissioned report. The EPA estimated in another report titled “Empirical Evidence Regarding the Effects of the Clean Air Act on Jobs and Economic Growth” that the law has saved more than 160,000 jobs in just the last year, and prevented another 13 million lost workdays and 3.2 million lost school days due to illness or disease caused or exacerbated by air pollution. The act has been heralded as an investment with better returns than Warren Buffet’s Berkshire Hathaway over the past 40 years by the National Resources Defense Council.

“Americans rely on our government to protect their families from the dangerous effects of pollution that can poison our air, water and environment,” says Berman in his press release. “This report puts Americans on notice: We must continue to fight efforts to erode the laws that protect our health and wellbeing.”