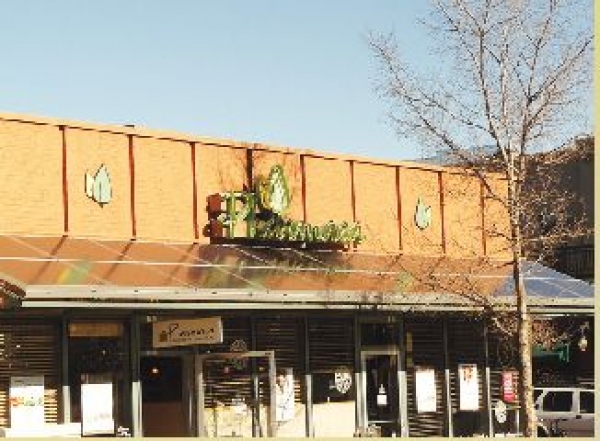 The 1970s oil industry crisis and shortage of fossil fuels inspired a surge of enthusiasm for new solar technology that put gigantic, chunky, photovoltaic panels on many a U.S. home.

But the solar cells didn’t always work well, and the installation and up-keep expenses were high. As the energy crisis passed, people went back to their former usages. Disused panels became an eyesore.

When invited to view 20 new solar panels on a Pharmaca Integrative Pharmacy building, I’ll admit I had a momentary mental image of antiquated slab-like objects on the roof, catching rays.

The modern reality at the Pharmaca at 1647 Pearl St. in Boulder is a single row of flat, slim panels forming a semi-transparent awning over the front doors.

“It’s kind of a prototype for a small commercial business,” says Steve Schoo, marketing communications director for Independent Power Systems, based in Boulder. “But we’ve done hundreds of custom installations on residences and much bigger commercial buildings in three states. This one will provide about 5,400 kilowatt hours a year for this store, and offset about 100 tons of carbon dioxide.”

It’s a good fit for a business chain built on complementary medicine and a design style of environmentally friendly features such as bamboo flooring.

The solar panels are 3.72 kW Sanyo Hit Double panels. Their design allows electricity to be generated from direct sunlight on the panels’ fronts, as well as the ambient light reflected on the back surfaces. At the front of the store, monitors display information about energy collection data and the carbon offset.

Schoo says this kind of photovoltaic awning can easily be installed on most buildings in less than a week. The various current energy incentives, plus Xcel Energy’s rebates for solar system installations, he says, will pay for half or more of the system’s costs.

“These systems will pay for themselves in about eight to 10 years for residences, about five years for commercial buildings. Of course, that’s tied to the cost of energy rates. Right now, the rates are relatively low in Colorado, compared to, say, California. We expect they’re more likely to continue to rise.”

These types of power systems are not meant to get you off the grid, mind you. Rather, they’re tied into the existing electricity utility and “cooperate” with the grid, Schoo says, like an energy bank.

When snow and lack of sunshine keep the solar panels from generating electricity, all the extra power that has been going to the utility can be drawn for use, at no extra cost. The panels are warranted for 25 years and are maintenance-free.

Independent Power Systems was founded in 1996 by Tony Boniface. The company has installed its technology on the Montana State Capitol building and the Coors Field scoreboard in Denver. In Boulder, other installations can be seen on condominiums at 1505 Pearl St. and 1155 Canyon Blvd., as well as in the Holiday Neighborhood.