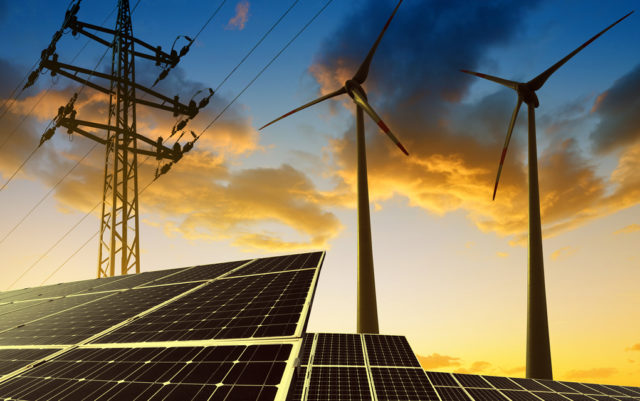 Often blamed for society’s problems, politicians have now been brought to book for the slow take-up of renewable forms of energy.

These are now so cheap that installation worldwide is happening faster than governments have allowed for in their national plans for action, according to the International Renewable Energy Agency (IRENA).

This shows, IRENA says, that it is politicians, many of whose election campaigns are still financed and overly influenced by the fossil fuel lobby, that are the barrier to tackling climate change, rather than any lack of available technology.

A report by IRENA, using calculations made by Carbon Action Tracker, says that as a result the so-called Nationally Determined Contributions (NDCs) that each government is supposed to produce to show how they will cut greenhouse gas emissions under the Paris Agreement of 2015 are woefully inadequate.

Even if implemented in full, they would still allow the world to warm by 2.6 degrees Celsius, 70% more than the 1.5 degrees regarded as desirable by the Agreement, and well above the agreed danger level of 2 degrees. As it is, governments are not even reaching their declared NDC targets.

A “profound transformation” is required, the report says. Higher renewable energy deployment amounting to 7.7 terawatts, or 3.3 times the current global capacity, could be achieved cost-effectively, and would bring considerable social and economic benefits.

“Given the competitiveness of technologies and the multiple benefits they bring the economy (e.g., job creation) renewables are a readily-available and cost-effective option to raise NDC ambitions today,” the report states.

“By adopting targets to transform the global energy system, policymakers could finally begin to turn the tide against global warming.”

The national plans that governments have produced to try to stem climate change currently allow for only a 4% annual growth in wind and solar power between 2015 and 2030 — even though annual renewable power growth averaged 5.8% between 2010 and 2014.

With current growth, the targets governments had set for 2030 would be met by 2022. According to the agency’s calculations, the progress made already means there could be 3.3 times as much global capacity installed by 2030.

The report, released during the recent UN climate talks in Spain, is designed to show that combating the climate emergency by using renewables to electrify the power system is well within the grasp of governments — if only politicians were prepared to endorse the idea.

The issue becomes critical next year at the climate summit due to be held in Glasgow, Scotland, when governments are due to ratchet up their commitments to tackle the climate crisis. The report notes that, despite the lack of government support, many financial institutions are already moving towards investment in renewables and climate-resilient investments.

However, this on its own will not achieve the estimated $110 trillion that need to be invested in the energy sector by 2050. There have to be positive policies from governments to switch from fossil fuels — what the report calls addressing “economic and social misalignments.”

At the moment the report notes it is not reluctance on the part of wider society that is preventing this change, merely the lack of action by politicians. For example, executives who run companies are driving the renewable energy build-up by buying renewables for their businesses.

In 75 countries, with 2,400 businesses, surveyed for the report, more than half said they actively looked for renewable energies to power their activities. These decisions were driven by the environmental and social benefits that renewables brought.