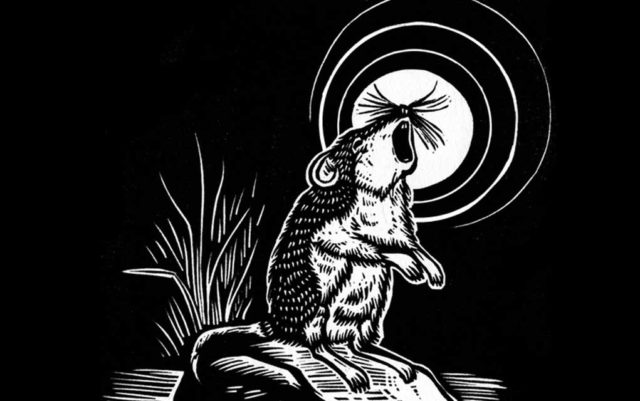 Humans are a social species, and physical interaction keeps us healthy. Or, as the late Bill Withers wrote, “The city really ain’t no bigger than the friendly people, friendly people that you meet.” But COVID-19 has made it difficult to meet those friendly people. The lucky among us, who can physically isolate without worrying about our health, our jobs or our loved ones, still have to cope with loneliness.

Here are a few tips on being social from a distance, gleaned from some of the West’s most experienced social distancers. We hope you’ll find some welcome distraction here. At the very least, may this list remind you that if you’re seeking unique ways to stay in touch, you’re certainly not alone.

Western fireflies: Let your light shine, even from afar.

Many people never notice Western fireflies, perhaps because these beetles dwell in habitats favored by mosquitoes — think grassy fields, marshes and other humid places — and they tend to get the bioluminescent party started after 10 p.m.

The West’s fireflies are pros at keeping in touch: Their flashing lights are visible across the length of a baseball field on a summer evening. To potential predators, the flashes warn: Stay away! I taste terrible. (To potential mates, they say, ‘Oh hello,’ though moving from messaging to meeting may be risky: Some female fireflies use flash patterns to lure in males from other species for a fresh meal.)

If you’re sheltering in place (as you should be, if you can), remember: You can still find ways to dazzle from a distance.

Hunting prey in family packs across the West, grasshopper mice are like tiny wolves — they even throw their heads back and howl to each other. They may be making territorial calls, or they may be letting their pack-members know that they’ve caught dinner. These fierce nocturnal predators of deserts, prairies and grasslands hunt insects, other rodents and even scorpions.

During a pandemic, it’s important to keep in touch with family and friends. Just be like a grasshopper mouse and do it from a distance — if not by howl, then perhaps over video call.

Oh, and if you’re trying to avoid the grocery? Take inspiration from these resourceful rodents: When they catch a Pinacate beetle, which defends itself by spraying a foul, toxic liquid from its rear end, grasshopper mice ram the beetle’s backside into the ground so it can’t spray, then chomp down on its head and abdomen, leaving its stinky behind, behind. You shouldn’t be afraid to eat creatively, either.

California aglajas: Heed public warnings, even the gooey ones.

A snail relative that doesn’t live in a shell, this sightless, predatory sea slug lives on the Pacific Coast as far north as central California, on mudflats and rocky beaches, and in tidepools. A dark chocolate color with thin yellow and white stripes and dashes of turquoise, California aglajas follow fellow sea slugs’ mucus trails to find a mate. (Although the species is hermaphroditic, the follower generally provides the sperm to fertilize its partner’s eggs.) If a California aglaja is seriously disturbed as it goes about its business — say by a curious human — it exudes something different from the usual mucus: a bright yellow mixture containing an alarm pheromone. If another aglaja encounters the gooey yellow roadblock, it turns away and heads off in another direction. Perhaps, the second sea slug is offended that the first one has given up on even trying to find toilet paper.

Or perhaps there’s a bigger lesson here: If you do venture out for exercise, mental health or necessities, pay attention to public information to keep yourself and others safe.

Bears of all kinds, from pandas to grizzlies and black bears, communicate through odor. Trail cameras in Alaska have documented grizzlies scratching and rubbing up against trees, marking them with their scent. Multiple bears will scent the same trees for years. But on treeless, barren sea ice, what’s a solitary ursid to do? The messaging gets complicated for polar bears, who range potentially thousands of miles in a year across a frozen landscape in search of seals and other prey.

Instead of marking trees, polar bears leave smelly footprints in the snow for other bears to sniff out. (Their feet have the same kind of sweat glands that make humans a little sweatier, and a little stinkier, when nervous.) By taking a whiff, polar bears can learn important things about each other — size, sex, reproductive state — without ever coming in physical contact.

Even if COVID-19 means you’re on a solitary journey right now, you can still find ways to leave signs and messages for others — who might be excited to discover that someone is thinking about them, too.

Mycorrhizal fungi: Try to be helpful, wherever you are.

Since long before Instagram existed, or even AOL Instant Messenger, the nonhuman world has had social networks. Beneath the West’s forest ecosystems, mycorrhizal fungi, webs of filaments thinner than human hair, connect trees. Sometimes, those trees are related; other times, they aren’t even the same species. In Oregon, fungi connect Douglas firs to tanbark-oaks, for example.

Mycorrhizal fungi, which can’t photosynthesize, get their sugars from trees. In exchange, the trees get nutrients such as nitrogen, an essential protein building block they can’t produce on their own. The fungal networks also carry sugars to other trees in need.

Though there’s no evidence that the trees are deliberately trying to help each other, there’s still a lesson here: There are plenty of ways to support your community, even if you’re stuck in place.

This story is part of the SoJo Exchange of COVID-19 stories from the Solutions Journalism Network, a nonprofit organization dedicated to rigorous reporting about responses to social problems.