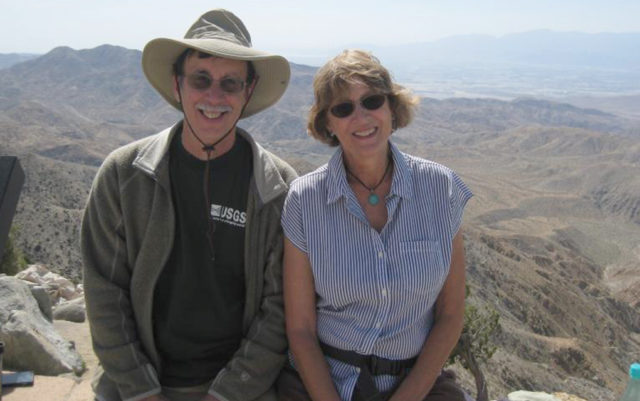 The Environmental Protection Agency (EPA) turns 50 this year. For its birthday, the Trump administration continually tried to destroy it — or, at least, manipulate it to serve various industries instead of the public, and our right to clean air, water and environment.

Rolling back emissions standards, eliminating fine enforcement for polluters, failing to enact science-based air particulate standards… the list of actions antithetical to the EPA’s mission perpetrated by the Trump administration is long.

But Bill and Rosemarie Alley, authors of the new book, The War on the EPA, say the battle to politicize and neutralize the agency has been going on for decades. And, Rosemarie says, “The war on the EPA is largely a war on science.”

“People who don’t have a clue what they’re talking about get equal time with experts who have worked long and hard to examine environmental problems,” she says.

Ahead of their Zoom book talk in conjuction with Boulder Book Store on Nov. 12, Boulder Weekly chatted with the Longmont residents and authors about how the agency and its scientists have been maligned over the years and what needs to happen to fix what’s broken.

This interview has been edited for length and clarity.

Boulder Weekly: Did the effort to curtail the reach of the EPA start with the Trump administration, or has this been going on for a while?

Rosemarie Alley: It started with Ronald Reagan. The EPA had a nice 10-year honeymoon. In the 1970s, Congress was the most progressive environmental body in history. The seven acts — the Clean Air Act and so forth — were all passed in the 1970s, all but one signed by a Republican president. Reagan came along and one of his quips was, “If EPA had its way, we’d all be living like rabbits.” He appointed Ann Gorsuch as EPA administrator, and she wrote the playbook on how to hobble and undermine and undo EPA in everything. And a number of those strategies, the Trump administration has used: Do everything you can to weaken enforcement. Right now, the enforcement is seriously diminished.

BW: How did those opposed to EPA create public and political will to curb its influence — after all, the EPA is supposed to keep our air and water clean. What’s political about that?

Bill Alley: People who are against EPA, they can’t use the word “regulations” without putting the word “job-killing” in front of it. You’re going to lose jobs in coal but you’ll have more jobs in wind energy and solar and so on and so forth. If you look at since early in EPA’s days to now, they’ve reduced principal pollutants by about three quarters. Meanwhile GDP has gone up 2-3 times, irrespective of the environmental regulations. A lot of the antagonism against EPA, by this particular administration, relates to fossil fuels. If you look at lot of their actions, it relates to oil and gas or coal.

RA: I think there’s a general sort of apathy about what’s happening with EPA. The environment basically looks like it’s doing just fine. We don’t have a burning river, we don’t have cities with smog that look like Beijing on a bad day, and everything else we were seeing in the ’70s. Today’s environmental problems are invisible to the naked eye. It’s chemicals that are the big issue. The problems are also more global, like climate change.

BA: Probably they are not going to be able to rehire the people they lost. There are areas where EPA can make quick changes. They could reverse leaving the Paris Climate Accords within 30 days, but of course we wouldn’t have the same stature. There are a number of areas where the Trump administration was sloppy and quick to get things through so they didn’t go through a public vetting process. They short-circuited that, and those will be able to be turned around. There are things there that may end up in the Supreme Court, so the makeup of the Supreme Court may have a big impact. But you won’t be able to undo all the damage and it’s going to take a while, particularly the morale part.

RA: The problem with EPA: It wasn’t supposed to be a political agency, but that’s what it is because it’s a cabinet-level position, the EPA administrator. Every time you change administrations, it’s like volleyball and so then everything changes again, and it takes time to make things happen, and the goals are not something you can do in four years. It really hobbles the agency that its so political, though it has been for a long time.

BW: Looking forward, what are the issues we are going to need a strong EPA to combat?

BA: There’s a suite of chemicals — PFAs are this chemical from [industrial] facilities leeching into groundwater and so forth. That’s an area EPA is struggling with in terms of defining standards and limits in drinking water. Then, all issues related to climate change are also major issues for EPA, certainly.

RA: No new chemicals have been added to drinking water regulations in over two decades. With all the thousands of chemicals out there, PFAs are very troubling one. It’s very obvious they need to be regulated.

ON THE BILL: ‘The War on the EPA,’ with authors Bill and Rosemarie Alley. 5 p.m., Nov. 12. Tickets for the talk are $5 and available at boulderbookstore.net/event/william-m-alley-rosemarie-alley-war-epa. An access link will be sent 24 hours before the event, so you can tune in on Zoom.