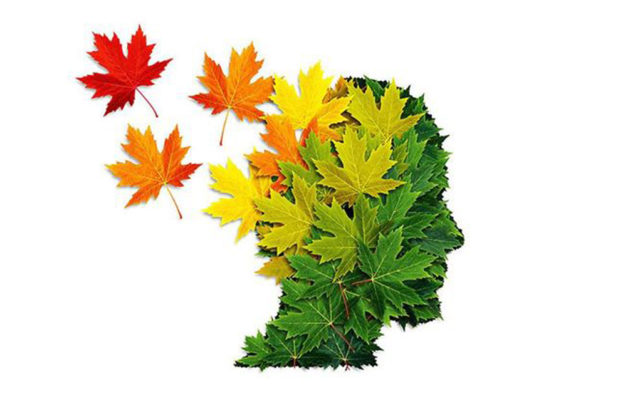 Early in her book, The Nature Fix, Florence Williams writes, “[We] think of nature as a luxury, not a necessity. We don’t recognize how much it elevates us, both personally and politically.”

To counter this, Williams uses the book to share study after study that enumerate the ways nature benefits our bodies and minds. She writes about how these studies can be put into practice, recounting her experiences visiting communities around the globe who do just that. Backed by her own research, Williams makes the case that nature experiences are as essential to living a healthy life as food, water and sleep.

To build the case, Williams participated in experiments with scientists in the Utah desert, visited healing forests in South Korea, rambled in Scotland, hooked herself up to machines and collated years of nature-based neurological research. What she found, time and again, is that nature has tangible, positive effects on the brain, and it often works at subconscious or biological levels. For instance, the smell of spring has an intrinsic, almost mystical mood-lifting quality, but it also is comprised of very real tree aerosols, like pinosylvin, which directly impact our brain chemistry through our nose and act as a mild sedative, while increasing respiration.

Indeed, there are countless examples of how the sight, smell, touch, sound and even taste of nature benefits the human condition, with research to back it up. But Williams is also careful to address the skeptical reader: How do we know nature has inherent benefits that we can’t just get from other means of relaxation or from simply removing ourselves from sources of harm, like traffic, work stress and technology?

“I think there are a lot of avenues people can pursue, and that includes art and performance and music; any kind of analogic thing is [having] a resurgence,” Williams says. “What’s great about nature though is … a lot of us can experience nature, it’s free. It’s not like a symphony you need a high-price ticket to. And I think unlike a lot of other [avenues], it does engage all our senses at once and research is showing that’s one of the secrets to using our brains the way nature has intended.”

Even the hard-to-quantify spiritual benefits of being in nature have research to back them up — Williams documents the progress PTSD patients make in nature, and uses a convincing array of nature writing from Thoreau, Emerson, Wordsworth and more to create a common thesis about nature’s restorative effect on the soul.

With the skeptic in mind, though, Williams turns to the electroencephalogram (EEG) to track the brain activity of people who are exposed to nature. Researchers in Edinburgh put EEGs on 25 people, set them loose in nature, and found lower levels of frustration and higher levels of what they called meditation. (When Williams conducted the same study with herself, she found similar results, but noted the sound of traffic near the city park in which she walked likely contributed to increased levels of frustration.)

Though Williams points out that nature is independently beneficial, it’s hard not to read the book through the lens of technology’s effect on society and our individual psyches. With the role of Facebook in the 2016 election and the ensuing Cambridge Analytica ordeal, more people are becoming aware of the heavy-handed way in which social media is disrupting our lives. Too, the ubiquity of technology from personal assistants like Alexa and Echo, to Chromebooks that are given to elementary school children, has some people seeking for a way out. Nature, surely would be a part of that neo-Luddite lifestyle.

“I think there are a lot of reasons why we are becoming fast disenchanted with technology,” Williams says. “So I’m not surprised that people are seeking an antidote to the feeling that we are overly connected to our digital devices. I think people are desperately looking for authentic experiences.”

You can’t help but look at a toddler instinctively flick his finger across an iPad on a long flight, or watch a whole family bury their faces in their phones while dining out, and not wonder if we’ve just ruined our brains beyond a level that even nature can repair. Williams doesn’t think so, and doesn’t think it’s just kids these days who have a problem.

“I think a couple generations now are disconnected from nature, but certainly it becomes that much harder to leave the indoors when you can have the whole world at your fingertips,” she says. “I think the disconnection started a generation ago. [But] I think there’s this new level of anxiety and this new kind of urgency leading the quest for real lived experiences, and so in some ways, maybe this youngest generation will be the beneficiaries of this anxiety because we’re learning better.”

Williams, who wrote the book after moving from Boulder to Washington D.C. and wondering why she felt depressed, says finding even little bits of nature in your everyday life, even in places as harried as the nation’s capital, will have a large impact. Her credo: “Go outside, often, sometimes in wild places.”

“I think I used to have a snobby standard for what nature is and that’s because I lived in the Rockies for so long. I thought it had to be some empty, secluded alpine peak. [But] I’ve come to have a much more generous definition of it,” she says.

Williams says being in nature “seems to work on a subconscious biological level,” and so not every trip needs to be framed as a mind-clearing and soul-affirming trek.

“You see kids, even babies, going out and playing on the grass. They’re not consciously looking for a nature experience, and you see them become really alert, and they wake up,” Williams says. “Nature sort of wakes us up in this great way and provides so many fascinating things to look at and experience without much effort.”

In order to make those benefits last after you return to the rat race, Williams says the key is to stay curious.

“I think we can learn to cultivate a sense of beauty and a sense awe. Even though I live in a very urban environment now in D.C., I feel throughout the writing of this book I’ve become better at seeking out moments of beauty, and that’s a way to always have a little bit of connection to nature and to prolong the sense of connection.”