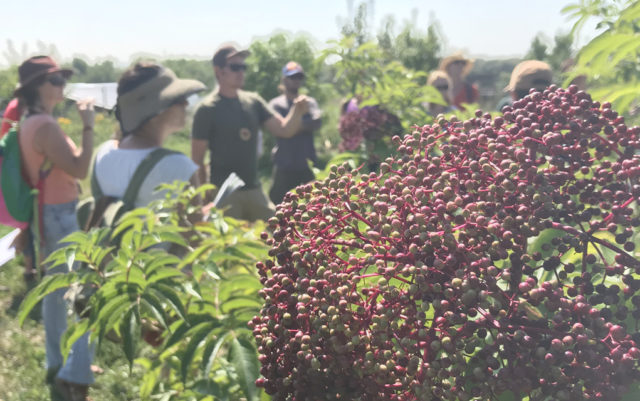 As projections call for continued population growth in Colorado — adding the equivalent of another Denver by 2050 — current residents bear witness to additional multi-family complexes, big-box single-family homes and an ever-rising skyline. Many of these developments, which utilize traditional designs, continue to expand in Boulder County and along the Front Range, while municipalities, farmers and industries haggle to procure and transport water resources to distant projects, traffic congestion continues to pile up for even short commutes, and food costs may depend as much on local weather as international politics.

Residents can take some solace, however, as some forward-thinking designers, gardeners, teachers and developers are laying the foundation for what could be a more sustainable blueprint for how we develop into the future.

Ecological designer and Boulder permaculture instructor Avery Ellis recently explained to a group at the Longmont Library how the principles of permaculture have evolved to meet the challenges of a changing world. Permaculture, which began as an attempt to establish a “permanent agriculture,” is an ecological design science which attempts to observe and apply patterns found in nature, Ellis told the group sponsored by the Longmont Coalition for People and Pollinators.

“Agriculture was where it started,” he said. “Food is the foundation. People around the world started applying patterns to everything that we do.” What began with agriculture now includes culture, food and economy, he said.

“If humanity is to survive, we need to create a permanent culture. We need to have common values,” Ellis tells Boulder Weekly. Polarized discussions are not indicative of community, he adds.

“You have to get to the root of any issue — values and ethics. ‘Earthcare,’ ‘peoplecare’ and ‘fair share’ serve as the ethical foundations of permaculture, and today some might also add ‘future care,’” Ellis explains. “We mostly agree that caring for Earth is a good thing — and sharing abundance.”

Ellis, who holds degrees in biology and environmental design as well as several permaculture certificates and diplomas, is applying some of those principles and values as a consultant around Boulder County.

On one private property in Boulder, Ellis placed swales and berms in the creation of an apple orchard. While the berms and swales help with water retention to support the trees, under plantings of umbels such as dill, carrots and anise help attract a predatory moth, which kills the codling moths, which often ruin apple crops. On this 3-acre orchard, Ellis says, he is focusing on utilizing as many patterns of nature as possible while putting in the least amount of work. “How can we make elements of ecology support each other?” he asks. “It’s working.”

It is these synergistic relationships found in nature that permaculture tries to recreate. For instance, pesticide-free perennial polycultures consisting of large swaths or clumps of annuals and perennials, shrubs and fruits, which create habitat throughout the season, are best for supporting pollinators, Ellis says. Pollinators, in turn, support our food supply.

Ellis also incorporated permaculture concepts into the design and orientation of the Bohn Farm co-housing project, set to break ground in Longmont next spring. The mixed-use development will also have a two-acre community garden on the property, which Ellis is helping to plan.

Although the original Bohn Farm plan called for the 46 residences to be oriented to enjoy the western mountain views, Ellis suggested that a more southern orientation on the south-facing slope would open home windows up to more passive solar heat gains in winter while reducing summer cooling needs due to hot late afternoon sun.

“I was looking at wind direction, water flow, architecture, stud placement and sunlight,” he says. “That’s what permaculture offers — a holistic approach.”

Ellis also organized a community permaculture workshop for future residents who are already involved with the Bohn Farm project, in the hopes of creating a Community Supported Agriculture (CSA) program that will ideally produce enough for both residents and the neighboring community. Each household will receive a CSA share in exchange for five hours of work on a project of a resident’s choosing. “You can’t just tell a person, ‘I want you to do this.’ Social systems are much more dynamic,” Ellis says.

Unlike traditional gardens that need replanting each year, this site will create a food forest that will consist of approximately 60 percent perennial and 40 percent annual crops in addition to the fruit trees. In 2017, participants ordered 40 bare root fruit trees, which were then potted with soil and compost and are now staged behind the existing barn. “All those trees should be, two years from now, mature and ready to plant on location,” says Peter Spaulding, developer of the project.

Ellis was also instrumental in helping the community apply for a Colorado Water Conservation Board grant, which could provide matching funds to help educate the public about some of the water-saving features on the site. One aspect incorporated into the water plan is a German concept called hugelkulture, where crops are grown on mounds of compost and debris, which helps hold moisture and build fertility while also serving as a natural carbon sequestration mechanism. Spaulding says they plan to create the mounds by utilizing some of the debris from the previous farmsite, such as old fences and tree chippings, which will be buried with the new trees being planted on top.

“This allows us to use the land as a carbon sink,” he says. “We’re looking at educational programs into the future.” The public “will get to see what a low-impact development looks like,” Spaulding says.

Ellis compares the network of classes he and other permaculturists and farmers teach at Boulder Permaculture to an interdependent plant guild, such as corn, beans and squash, in which the sum of the parts is stronger than the individual.

The courses, which begin April 13, are offered at a dozen different locations throughout the year such as Thorne Environmental Center, the Lyons Farmette and 63rd Street Farm. “We collaborate with these different sites. Through education, we’re integrating the farms with the community,” he says. “We get stronger by being in a relationship together.” 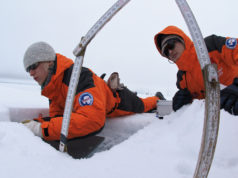 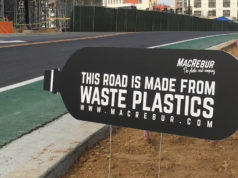 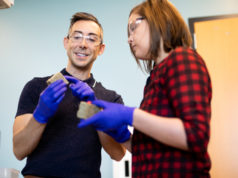