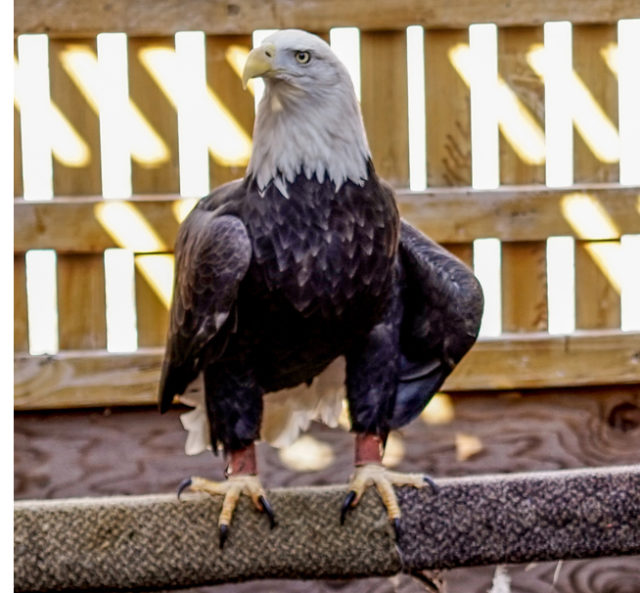 After years of requests from the wind energy industry, the U.S. Fish and Wildlife Service (USFWS) will now be able to issue wind energy companies 30-year “incidental take permits” for eagles, a license of sorts that protects these companies against federal prosecution for the accidental death or injury of these large predators. While the concept may be off-putting, wildlife managers say the new permits offer greater protection to bald and golden eagles as wind energy development expands.

The new permitting process — which extends the previous five-year permit terms — allows the USFWS to design site surveys for each proposed wind energy development, depending on its unique location and other characteristics, and to set the appropriate eagle take limit. These project-specific limits are based on updated 2016 research on bald and golden eagle populations, including estimated population size, survival rates and growth rates for both eagle species. The research and methodology yielded conservative estimates for limits while still maintaining or improving existing populations.

In the Front Range, where USFWS and Colorado Parks and Wildlife counted 124 to 150 nesting bald eagle pairs last year, raptor conservation groups say the new USFWS permit is a good step for bald and golden eagle protection in the face of growing wind energy development.

“It is the best possible compromise in all this,” says Michael Tincher, rehabilitation coordinator at the Rocky Mountain Raptor Program (RMRP) in Fort Collins. “With energy development, especially in Colorado, you’re not going to stop it. You can rant and rave all you want. And I’m a defender of wildlife — that’s my job. The best you can do is be involved and push for wise energy development.”

According to the Colorado Energy Office, wind is the most prevalent form of renewable energy in the state, producing more than 14 percent of Colorado’s electricity in 2015. In 2016, Colorado ranked seventh in the U.S. in terms of total installed wind energy generation, with more than 1,880 wind turbines across the state.

Tincher added that although eagles, and raptors in general, are understudied in Colorado, bald eagle populations here are rising, and the northern Front Range is seeing an increase in the nesting population. Like others, his greater concern is with golden eagles, whose numbers have been decreasing in recent years.

Matt Smith, citizen science biologist at the Bird Conservancy of the Rockies in Fort Collins and a trained falconer, says the the new USFWS permitting is “based on some pretty rigorous science.”

“We’d of course like to see continued ability for wind development to minimize their impact on eagles,” he says. “A lot of take is already occurring, whether it’s permitted or not. Bringing these interests into compliance provides an opportunity to offset that take.”

“The first step is to avoid, and the second step is to minimize [impact]. You avoid by not putting projects where there’s higher risks,” she says, such as not siting a project in a known migratory path. “There’s no risk-free energy option. If anyone tells you otherwise, that’s not true.”

Fees collected through the permitting process will be reinvested in efforts to protect bald and golden eagles. And in the case of golden eagles, permittees must undertake measures to protect more than one eagle for every eagle they expect to “take.” Eliza Savage, regulatory analyst with the USFWS Division of Migratory Bird Management, emphasizes that while the permits are voluntary, they give wind developers an incentive to report eagle deaths without fear of legal repercussions under the Bald and Golden Eagle Protection Act.

“Once they have a permit, they’re not committing a crime,” she says. “There’s a requirement that they share that data with us.”

As wind energy advances across the nation and the state, the hope is that the new regulatory structure will help it to become a more “green” option, not just in terms of its benefits for the climate, but in terms of its impact on these iconic species.

“We’re not causing these projects to be built,” national raptor coordinator Millsap says. “Our job is to understand the impact of wind development on eagles and on other species, and our job is to minimize that as much as we can.”