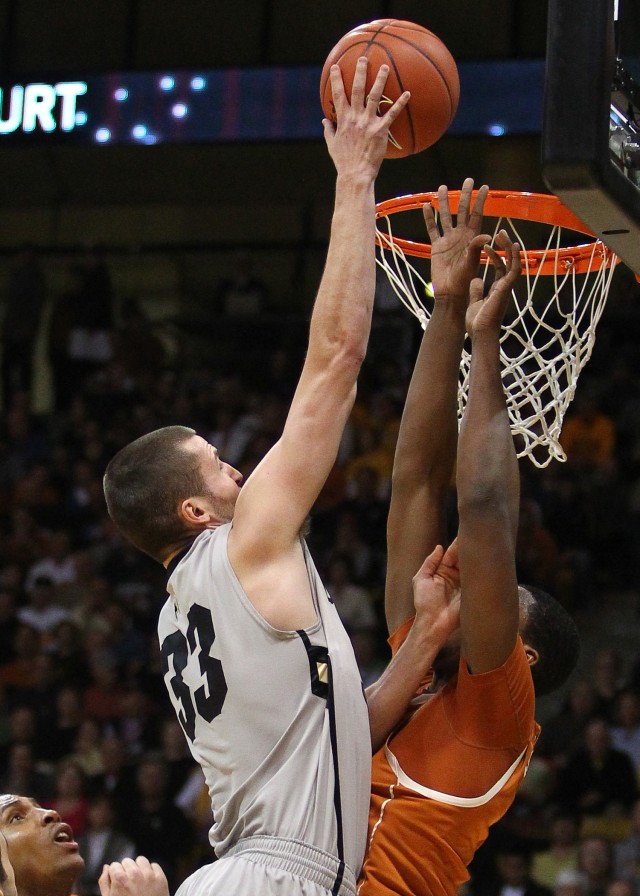 With 31 seconds left in the first half, things looked pretty
grim for Colorado’s men’s basketball.

Mid-major Cal State Bakersfield held possession and a
surprising two-point lead when Roadrunners’ guard Stephon Carter had his layup
blocked by the scrappy Chen with just four second left on the clock.

Instead of jogging to half court and heaving a last second
shot, Chen drove all the way to the hoop, ending the half with what looked like
a game-tying scooping right-handed layup, until head referee Don McAllister
waved the basket off due to a charging foul.

“I didn’t think it was a charge,” said Chen. “I thought I
got around him. The ref actually came up to me after and said he might of
missed it.”

While Chen’s effort had no effect on the score, his hustle
inspired the Buffs to start the second half on a 10-2 run, giving them the lead
for the duration of the game, ending 70-64 in favor of the
Buffaloes.

“(Chen) came off the bench and gave us great energy, played
hard and made plays,” said Boyle. “He energized our team in the first half and
he deserved to start in the second half.”

Boyle, while pleased with the result, stated that the Buffs
still have substantial work to do before they open Pac-12 season on New Years
Eve against Utah.

“I think there was a little rust after 10 days of only
practice, that certainly played a factor,” said Boyle. “You add to the fact
that we also missed our first few shots, which led to us getting out of the
gate slow.”

Sophomore Andre Roberson and senior Carlon
Brown led the way for the Buffs’ scoring effort, with 18 and 15 points,
respectively. Both played within themselves, shooting an outstanding 12-18 from
the field. Brown also registered eight assists.

CU (6-4) rounds out the
non-conference portion of their schedule with home contests against Texas
Southern and New Orleans.