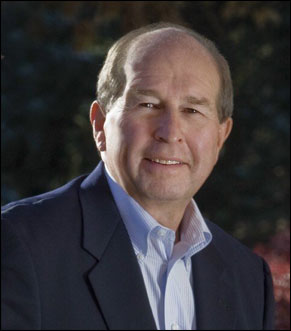 Yet another CU administrator has been “double-dipping,” we at Boulder Weekly have learned.

And it’s not that big of deal. A bigger deal is how these things have been communicated.

Much has been made lately about University of Colorado Boulder administrators, their tuition-funded salary increases and their ability to retire and get rehired — “double-dipping” by receiving their pension and a salary.

Indeed, the Camera’s Brittany Anas has done some good reporting on the subject, even though some at CU have described it as low-hanging fruit taken out of context.

The reality is, using tuition revenue toward salary increases — including for already overpaid executives — is nothing new at CU.

“We’ve been using tuition money for salaries for 130-some years at this university,” says CU spokesperson Ken McConnellogue. “It surprises some people that that’s where it goes, but we’ve been doing that since 1876.”

Considering that the state is now only providing about 5 percent of CU’s total budget, which is a disgrace nationally, it’s become increasingly hard to find an operating expense that isn’t at least partially funded by tuition.

However, without context, it does look bad to the public when CU jacks up tuition year after year — and a portion of that money gives seemingly over-compensated people even higher salaries. Especially in this economy.

Still, this is nothing new. Faculty and staff have been griping about bloated pay for years. In my previous job at CU’s now-shuttered faculty and staff newspaper, Silver & Gold Record, I recall the questions that went through the newsroom in 1999 when we learned that the campus was going to increase Senior Vice Chancellor Ric Porreca’s annual salary from $115,690 to — gasp — $140,000, in an effort to keep him from being lured away to another university. Now that looks like chump change, considering the estimate that he is now pulling down close to half a million in retirement checks and salary.

Far be it for me to defend the actions of the university when it comes to giving raises to administrators who, in some cases, don’t deserve it, regard less of what their peers in the market receive. But retirees coming back to work for the university and collecting both their pension and a salary is nothing new, either. In fact, in some circles, it’s encouraged, because departments can benefit from the years of institutional knowledge, experience and skills that retirees bring to the job. Considering the amount that can be spent training new employees and educating them about CU’s environment and systems, sometimes it’s a bargain.

The trick is, Public Employees’ Retirement Association rules limit the number of days a retiree can work each calendar year to 110. So the double-dipping is limited.

Then the state legislature passed a bill allowing state agencies — and individual CU campuses — to employ up to 10 designated retirees for 140 days a year. (The typical calendar year has about 250 work days.)

You can imagine our surprise when Boulder Weekly received a tip months ago that a top CU official was “doubledipping” by collecting $350,000 a year in salary, plus about $100,000 more in annual PERA money. Oh, and he’s a chancellor who runs two campuses. Working only 140 days a year.

And yet he’s listed as a full-time employee on university documents.

When we called McConnellogue and asked how someone can run CU Denver and the Anschutz Medical Campus working only 140 days a year, there was a long pause.

“Well, I think that he has proven that, yeah, you can do that,” he said.

But as suspicious as it may look on its face, Chancellor Jerry Wartgow, a long-time Colorado higher education executive and former superintendent of the Denver Public Schools, claims to be playing by the rules. Turns out, in 2011, his only full year in the position, he exceeded the 140-day limit by 62 days. He says he has reported that to PERA, and has been docked a few months’ retirement as a penalty. (PERA takes away 5 percent of your monthly pension check for each day you work over the limit, so he lost more than three months’ worth.)

But 202 days is still shy of a full work year, and Wartgow’s calendar provided to Boulder Weekly shows a significant amount of vacation time, including two weeks that were unpaid.

According to a BW analysis, if he retired at the age of 55 with 25 years of service, under PERA rules Wartgow was still eligible to receive as much as 62.5 percent of his three highest salary years, averaged. He earned $163,100 when he retired as president of the Colorado Community College System in 1998. If that amount is his highest average salary, he would be collecting about $102,000 a year.

Wartgow declines to disclose his PERA forms, or his retirement pay.

“I’m completely transparent about it, I’m just not interested in having personal stuff put out there,” he says.

And PERA guards its member information tightly; it won’t even confirm if someone is a member. CU can’t release the amount a PERA retiree makes. That’s between the employee and PERA.

PERA spokesperson Katie Kaufmanis acknowledges that PERA has no information on whether retirees are listed as full- or part-time — or whether they are an administrator or a janitor.

But she says the association is vigilant about cracking down on those who violate the rules. Kaufmanis says PERA has a whole team dedicated to checking W-2 information sent to the Internal Revenue Service for every PERA retiree, and when they find one who has returned to work, they take a closer look by contacting the retiree and the employer.

“We catch them,” she says. “We have the ability to catch them.”

Kaufmanis says PERA expects retir ees to self-report if they work after retirement. Wartgow acknowledges that the hours he worked, for PERA purposes, is not something he keeps track of personally. His executive assistant sent his calendar to the campus human resources office, he signed off on the form, and CU sent it to PERA. But the copy of his 2011 calendar provided to BW seems to jibe with the 62 days the chancellor claimed in “overtime,” beyond the 140-day limit.

Wartgow was an interim chancellor appointed in 2010 by CU President Bruce Benson, and he is leaving the position at the end of this month. He is being replaced by another interim chancellor, businessman Don Elliman.

Regardless of what any single retiree collects in pension and salary, and aside from what percentage of the tuition revenue pool is dedicated to administrator pay, the bigger question seems to be, once again, the inordinate amount of time CU administrators have had to spend answering these questions. And it is the unfortunate public backlash that the university has felt, at a time when it can ill-afford to risk a reduction in either state funding or donations.

Who suffers in the end? The students.

In addition to the resources spent on press inquiries, university officials have sent out a flurry of emails, attempting to do damage control in response to the media reports.

CU Boulder Chancellor Phil DiStefano even acknowledges in a Feb. 23 email to employees that “my staff and I have not been paying enough attention to communicating with the faculty and staff on this campus — leaving you to get your information from general media sources. This has not served the campus well.”

Gosh. It sure would be nice if CU had a reputable, credible medium for communicating with its employees.

Letting go of my hump day

Grappling with preserving the past, for the future