Sometimes you find yourself scraping the bottom of the gift-giving barrel, struggling to find something new and interesting for your dad or best friend.

Instead of another necktie or picture frame, check out these unique ideas.

Between the cutting, the hauling, the setting up and the sap cleanup, giving a tree could eat up a whole afternoon. But with the Arbor Day Foundation Give-A- Tree cards, you can give a tree to someone and never have to worry about pruning it away from telephone lines. With the purchase of one of their $6 note cards (which come with holiday messages or “just because” messages), the foundation will plant a tree in a national forest in honor of someone. The person gets a card announcing the planting. Everybody gets cleaner air. More information is available at www.arborday.org.

2. Purrfect presents: In a move significantly more likely to be endorsed by parents everywhere than giving children free kittens, the World Wildlife Fund sells stuffed animals to represent a species adoption. Buy one of these cuddly toys and the Wildlife Fund, a 501(c)(3) organization that works to save endangered species around the world, gives a portion of proceeds to supporting the wild habitat for the critter itself.

More than 100 species of stuffed toys, including a blue-footed booby, beluga whale, grey wolf, Sumatran rhino and tiger, sell for $50 each. Or you can adopt in bulk with the “Tub of Cubs” to get a 7-inch snow leopard, leopard and tiger cubs. More information at www.worldwildlife.org

3. For the pet itself: Getting a dog a bone is a little bit like giving candy to a kid that isn’t yours, so you want to make sure you’ve got the right owner-pet pair picked out to receive a gift like this. And, like giving fat-free muffins, it might be wise to lean toward the healthy side. For a dog, consider something like Greenies, which clean dogs’ teeth as they chew, or a hard bone and a jar of peanut butter, which makes for a re-useable treat.

4. For the lit-wit: Once upon a time, in a land not so very far away, people read short stories. Given the frenetic pace of modern life and general absence of time in which to read a full novel, it’s a wonder they’re not more en vogue at the moment. Give a push toward bringing them back and get someone a subscription to a literary magazine. They’ll get a dose of essays and short fiction throughout the year, and you’ll get to feel like a member of the intellectual elite.

5. Gift of gab: Holiday parties can be really good for two things: packing on a few pounds and sitting through stalled-out conversations. Provide your friends with a window into a world of dinner
conversation that involves more than listening to a cousin monologue
about her work woes. Several game companies make packets of cards
designed to spark conversations, like Table Talk and Table Topics. Table
Topics ($25) has the more mature presentation and perhaps more
confessional questions; Table Talk ($6) offers the most themes (kids,
sports, science, etc) and has a smaller deck.

6. Brews on: Anyone
who had one of those grow-your-own crystals, a fascination with high
school chemistry, or just an interest in cutting down the annual bar
tab, could take an interest in a homebrew kit. Making your own beer is
generally less dangerous than it sounds, though more timeconsuming than
you’d like it to be.

Malt extracts, grain and yeast sell separately for about another $30.

Or,
at stores all the way down to Target, you can find kits to grow
paperwhites and amaryllis bulbs. The kits often come complete with
potting soil and a pot. In four to six weeks, the bulbs produce stunning
blossoms and, in the case of paperwhites, a delightful fragrance. It’s a
very enjoyable, notso-permanent home installation.

8. Holi-DIYs: I
don’t happen to have a lot of spare time, but I hear there are people
who do. People who might enjoy something extra to do with their hands or
all that creative energy they’re not getting out at work, making
themselves laugh over shopping lists for other people to complete, might
enjoy a little kit of something fun to do. Learn-to or starter-kits for
knitting or crocheting, painting flower pots and — this one is really
rustic — needlepoint are available at most craft stores.

There’s
nothing quite like the holidays for forcing your religion on other
people. These mantra beads (technically called japa mala, but also known
as prayer beads or worry beads) float around many a yoga studio or even
jewelry shops, certainly the Asian-influenced gift shops. Strings of
108 beads, they’re designed for use in meditation and mantra recitation,
typically of the kind of Sanskrit phrases that lead to eventual
enlightenment. And really, whether you’re lighting up a Menorah or a
Christmas tree, isn’t enlightenment what we’re all after? The beads,
often made from wood or seeds, are pretty in their own right. Just like
anything else you’d like to learn these days, YouTube videos can show
you how to use them.

Type-A
traveler types often have almost as much fun planning the trip as
actually going on it. Give them all the tools they’ll need to plot their
next great adventure by pairing up the gift of a map and a guidebook
for an area you know is on their bucketlist. You could even dip into the
office supplies and add sticky notes, highlighters and, if the map is
laminated, laminate markers to chart their course.

Then
perhaps add a homemade bookmark that includes a photo of friends or
family as a reminder of all they’ll have to come back to. 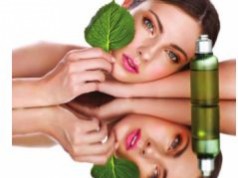 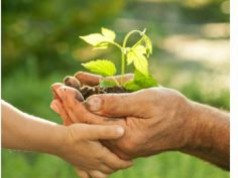 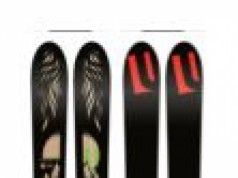