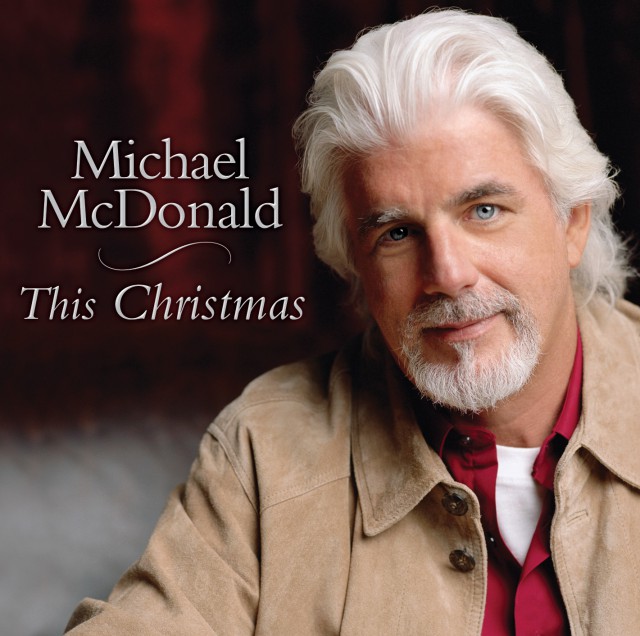 For whatever reason, 2009 is not going to go down as one of the better years for holiday albums. The main reason is that there weren’t as many releases as usual. In any event, here is this writer’s takes on the best and worst of this year’s seasonal releases. Note: Ratings are out of four stars.

Bob Dylan: “Christmas in the Heart”

(Columbia) — Even before Bob Dylan’s voice evolved into its current sandpaper rasp, singing was not his strong suit. This makes the idea of a Dylan holiday album a bit of a dicey proposition. As it turns out, Dylan’s performances are a mixed bag. He sounds surprisingly on tune on some songs, such as “Little Drummer Boy,” but on others, like “I’ll Be Home For Christmas” and “The Christmas Song,” his creaky voice does him no favors. Musically, Dylan pretty much sticks to traditional treatment of the holiday songs, with an occasional country touch added for an accent. The one exception is his pumped-up polka version of “Must Be Santa,” which is rowdy fun. Too bad the album as a whole — with all its vocal warts — isn’t quite so enjoyable. — Rating: **1/2

Barry Manilow: “In The Swing Of Christmas”

(Arista) — Considering Barry Manilow has always had a sensitive quality to his singing and music — well, some would say wimpy — he is well-suited to do Christmas music. And even his detractors will have a hard time faulting Manilow on “In The Swing Of Christmas.” Not only does the sentimental nature of songs like “Have Yourself A Merry Little Christmas” and “The Christmas Song (Chestnuts Roasting On An Open Fire)” suit Manilow’s voice perfectly, the CD has some inventive arrangements (note the backing vocal on “Silver Bells”) and frequently it does swing (as on “Joy To The World/It’s The Most Wonderful Time Of The Year”). — Rating: ***

(Atco/Atlantic) — The snappy 10-man a capella vocal group focuses mainly on Christmas standards here, and brings plenty of nifty vocal arrangements to this material. But even on some of the standards they don’t play it entirely straight (despite the group name). On “We Three Kings,” they mix a little “Mission Impossible” into the arrangement, and “Let It Snow” has a smart Motownish treatment. But the real highlight is “The Christmas Can-Can,” which cheerfully skewers the downsides of the holiday season — namely a shopping season that nowadays threatens to begin around the Fourth of July and the tedium of hearing the same Christmas songs a thousand times over a four-week period. — Rating: ***1/2

(Columbia) — This release isn’t as new as it might seem at first glance. “A Cherry Cherry Christmas” mostly brings together songs from two previous holiday releases from Diamond, supplemented by a pair of new originals (the title song and “Christmas Dream”) and three covers. If you don’t own the original CDs — “The Christmas Album” and “The Christmas Album Volume II” — “A Cherry Cherry Christmas” is well worth owning. Otherwise, the additional songs, while decent enough, aren’t really essential listening (although “The Chanukah Song” is a hoot). — Rating: ***

REO Speedwagon: “Not So Silent Night”

(Commercial Music Group) — It would be all too easy to envision REO shifting into power ballad mode and making a shmaltzy album of Christmas standards. Fortunately, the veteran Midwest band lets it rock often enough to make “Not So Silent Night” a refreshing take on the Christmas album. The band is in particularly punchy form on “Deck The Halls” and “Children Go Where I Send Thee,” and the stately treatment of “The Little Drummer Boy” actually works fairly well. The overblown power ballad approach does rear its head on “Silent Night,” but for the most part, the band treats ballads like “Angels We Have Heard On High (Gloria)” and “The White Snows Of Winter” with appropriate restraint. — Rating: ***

(Razor & Tie) — It really is time to get over the whole Irish vocal and dance trend that has given us Riverdance, Lord of the Dance, Celtic Woman, Celtic Thunder and other pseudo-Emerald Isle concoctions. One such act that wouldn’t be missed is the Irish Tenors. Sure, they can sing, but on this collection of holiday standards called “Christmas” not much can be considered Irish or even particularly original. Even the fact that there’s a “Scully” in the trio can’t convince me to excuse this crass attempt at jumping on the bandwagon for all things Irish. — Rating *

(Razor & Tie/Chonin) — The former Doobie Brothers singer, who has enjoyed a career resurgence with his two “Motown” albums, goes soulful on this holiday album. No surprise there. And the style suits McDonald and his choice of covers — such as “This Christmas” and a completely reworked and surprisingly rocking version of “Winter Wonderland” — just fine. He also ups the ante by including three worthy songs he co-wrote — two earnest ballads and the sprightly “Every Time Christmas Comes Around.” All in all, this is one of the season’s best musical offerings. — Rating ***1/2

David Archuleta: “Christmas From The Heart”

(Sugar) — The famed vocalist brings his stately (and occasionally bilingual) voice to a collection of holiday standards that ranges from “White Christmas” to “What Child Is This” to Elvis Presley’s “Blue Christmas,” plus several carols with international origins. Needless to say, one can’t go wrong with Bocelli’s rich voice inhabiting these songs. — Rating ***

(Giantslayer) — Here’s something a bit different for the holidays. The Nashville-based songwriting collective, the Song Trust, assembles a dozen holiday songs (nine of them originals) sung by kids that bring us Christmas from a kids’ perspective. Some of the songs are funny, such as “Box Of Rocks” (a plea for Santa to leave a brother a box of rocks for Christmas), some are charming (the cute and a bit off-key rendition of “Wudolph The Red-Nosed Reindeer”), some are just plain cute (“The Christmas Story”). The topper is the song that put the Song Trust on the map, “Bring Him Home Santa.” Sung by an anonymous six-year-old girl, it’s a request to bring dad home safely from the war for Christmas. The 2007 video for the song became an Internet sensation. A portion of the proceeds from the CD will go to the USO. — Rating: ***

Various Artists: “A Christmas Gift For You From Phil Spector”

(EMI/Legacy) — It seems like odd timing to rerelease this album, considering the publicity surrounding Spector’s April conviction for second degree murder. Now that’s a buzzkill for any holiday. But the fact is that his album, originally released in 1963 and better known as “Phil Spector’s Christmas Album,” remains a standard setting holiday release. Coming just a few months after he produced the Ronettes’ hit, “Be My Baby,” it helped introduce Spector’s famous “wall of sound” production style. And the singers on the album — the Ronettes, The Cyrstals, Darlene Love and Bob B. Soxx and the Blue Jeans — delivered star-making performances. Put aside Spector’s recent past and enjoy this musical gift. — Rating: ****

Here`s a musical gift that’s a great stocking stuffer or Hanukkah present: 97.3 KBCO’s Studio C Volume Twenty-One CD, featuring
the best recordings from KBCO Studio C over the past year. The CD is
available at Ultimate Electronics locations for $12. Proceeds will
benefit the Boulder County AIDS Project and Food Bank Of The Rockies.
Here’s the line-up: