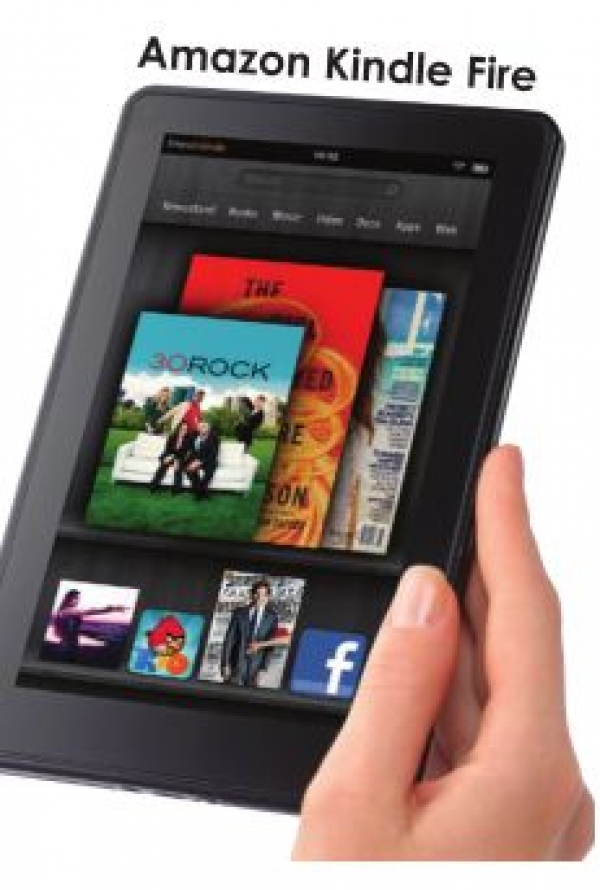 Just 10 years ago we couldn’t imagine some of the technology we have today. Everything from small touch-screen computers and phones to the near irrelevancy of CDs and DVDs.

This year we’ve compiled just a few of the best and brightest technological advances made recently that inventors hope will make life just a little bit more convenient, fun and cool. Check them out!

If you could afford an Apple iPad, you would have one by now, right? There’s no question that the iPad is the best tablet computer on the market. But they’re $500. Even comparable Android-powered tablets are right around the same price. So what’s the next best thing? At $199, the Amazon Kindle Fire doesn’t have things like a camera, microphone, 3G wireless capability or GPS, plus it only carries 8GB of storage, with no expansion slot. But it does have a great Internet browser, email client means anything you buy from Amazon. com, like music, books, movies and TV shows, are automatically available on your Kindle Fire. And if you have an Amazon Prime subscription, some of that stuff comes free. Plus you don’t even have to worry about the 8GB of space, because that entire mass of media is stored on and streamed from the Amazon cloud and can be accessed anytime you’re connected to Wi-Fi. Sure, the iPad is sleek and stylish, but the Kindle Fire is affordable and does a lot with a lot less.

Are you ready to cancel your cable television subscription? The Roku 2 XS may be your first step in that direction. For a one-time $99, the Roku 2 XS is a Wi-Fi streaming media box that you connect to your TV and Internet to watch Netflix streaming, Hulu Plus, HBO Go, Amazon Instant Video, Crackle, NBA, MLB, NHL, Pandora and dozens more streaming services. The box also has a USB input, so you’re able to view image and video files. There are some competitors that offer similar streaming Finds and an app store that has prized apps like Netflix, Hulu and Pandora. In addition to that, the Kindle Fire is fully integrated with Amazon.com. That services, like Internet-ready Blu-ray players (which also play DVDs and Blu-rays), the Playstation 3 (which also offers NFL Sunday Ticket and video games) and Xbox 360 (which also offers ESPN streaming and video games), but the Roku 2 XS is for those wanting the pure and most varied streaming media experience available. Cable companies are shaking in their boots.

At some point in life, you wanted to be a DJ, right? At $99, NuMark’s iDJ Live can turn you and your iPhone, iPod Touch or iPad into a DJing superstar. OK, not really, but we’re sure you’ll be able to have lots of fun DJing at your holiday parties. The iDJ Live controller works in conjunction with the popular app DJay by Algoriddim or other MIDI-enabled Core apps, allowing you to scratch, mix and control the bass and treble of the songs on your iPhone. The controller comes with an iPad stand and a headphone speaker split cable, making it easier for you to just plug in and play. So go ahead and get your party on!

It’s always tough to find that perfect Bluetooth speaker for your car.

Sometimes they’re not loud enough, sometimes the battery life is terrible and sometimes you have to press so many buttons for it to work that you might as well just answer your phone normally. But the SuperTooth HD could be the best Bluetooth speaker available. The speaker is loud, the battery has 20 hours of talk time and 1,000 hours of standby time, and everything is voice-activated.

Use your voice to make calls, answer calls, send texts, emails and even post updates to Facebook and Twitter. For $129, life just became so much easier.

Apparently some people don’t like watching movies or TV shows on their smartphones or tablet computers because of how small the screen is. Well, Vuzix’s $499 Wrap 1200 video eyewear should solve that problem. The eyewear connects to your phone or tablet and gives you the ability to watch video as if you were sitting in front of a 75-inch screen. You can watch both 2D and 3D video and it comes with its own pair of noise-cancelling headphones. Yes, it’s basically like a big screen television sitting on the bridge of your nose. Can life get any better?