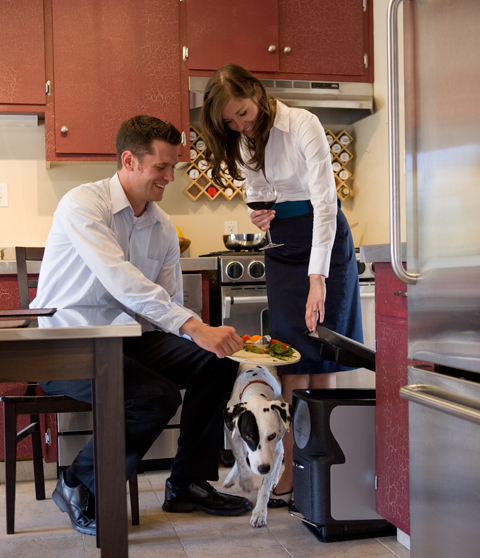 A recurring theme emerges when asking local nurseries and garden-supply stores about their hottest gifts of the holiday season.

Darren
Weakland, a manager at The Flower Bin in Longmont, suspects that 80
percent of the systems that he has sold in the past several months are
being used to grow medical marijuana. Hydroponic systems allow
gardeners to grow plants anywhere in the house, using lamps, a
soil-free mixture and a circulating water system powered by a pump.
They range in price from $60 to $1,000 at the Flower Bin, depending on
the size and what kind of lighting system is used.

Bob
Perkins, a section manager at McGuckin Hardware, declines to speculate
on the reason why hydroponic growing boxes have been so popular lately.
“We’re a family-run company,” he says. His favorite is a Hydrofarm
model called “Emily’s Garden,” which is touted as being good for
“vegetables, flowers, herbs and more.” They range in price from $120 to
$240.

McGuckin is
known for having a huge selection of everything from tools to plants,
and Perkins lists several other items among the top gifts of the season
for a gardener. He says a horihori knife, a multi-use Japanese tool
that resembles a trowel with a sharp edge, can be handy for everything
from planting to cutting sod. He uses a Leonard soil knife. Hori-hori
knives cost between $22 and $33 at McGuckin.

Perkins
also cites garden gnomes as still being popular among gardeners.
McGuckin carries an array of them, including some that are
solar-powered and light up at night.

In
addition, the store carries tool organizers, also known as garden bags,
which can be worn on the belt or waist and which carry small gardening
tools. They range from $8 to $17.

Finally,
the must-have item on everyone’s list this year is the “Obama Special
Edition Chia Pet,” Perkins says with a laugh, “as long as you can
picture him with green hair.”

Lois
Downing, a sales associate at ellie’s Eco Home Store, speaks highly of
the NatureMill composters they carry. These machines, which are the
size of a wastebasket or a small suitcase, plug into the wall but use
very little electricity to maintain the ideal blend of heat, air and
mixing needed to compost materials quickly — usually less than two
weeks. One model costs $299, and the other is $399. While ellie’s has a
couple of display models, they must be special-ordered, so allow about
a week for delivery.

Downing
says ellie’s also carries worm-composting bins that are about 14 inches
square and two feet high. They range from $75 to $85.

The worms must be purchased separately, she says, but you can complement the gift with a copy of the book Worms Eat My Garbage by Mary Appelhof for $12.95.

Another
good gift idea from ellie’s for the aspiring or experienced gardener is
ecosource’s greenPot, which is an eco-friendly planter made from rice
hulls. Downing says that instead of throwing the pot away at the end of
its useful life, the greenPot can be composted, and it comes in various
colors. They cost between $5 and $12 each.

Finally,
Downing recommends building your own gift basket, filling it with green
cleaning products or zerowaste party supplies, for example.

Connie
Smith, manager at Sturtz & Copeland, suggests giving your favorite
gardener a gift that keeps on growing: the plant of the month program.
Sturtz & Copeland will deliver a houseplant, a garden plant or
fresh cut flowers to your door, once a month. The cost varies —
depending on whether the flowers arrive in a vase, for instance — but a
membership is usually around $30 a month.

Smith
also recommends giving live herbs as a gift. “People are really getting
into growing their own everything,” she says. Whether in a window box
or a regular pot, all you need is a sunny window to ensure that you
have a constant, fresh source of basil, thyme, mint, chives or another
herb of choice. The plants cost only $4 to $7, so one gift idea is to
get an assortment and plant them all in a window box, Smith says.

Finally,
she recommends picking up a pair of Garden Cut Shears, which have a
short, pointy blade that allows gardeners to access tight areas that
they couldn’t with regular garden shears. These shears hold their edge
very well, Smith says, and most Sturtz & Copeland employees carry
them on their person in the summer months.

Thrift is green, local and easy on your wallet