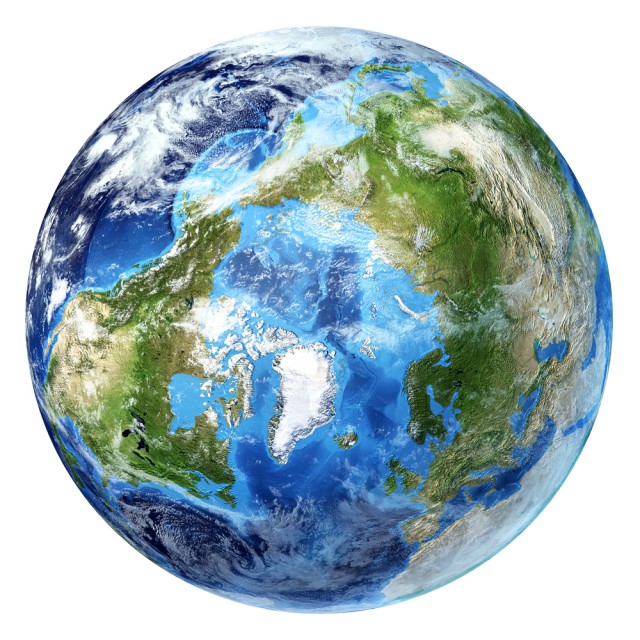 It’s been more than four decades since the first Earth Day event held on April 22, 1970. And since that time it is fair to say that the environmental movement has had its ups and downs. So where does it stand today, and what should we expect moving forward? When it comes to this particular subject, we have to understand where we’ve been to see where we are going.

Environmentalism has been around a long time and has taken many forms through the years. Where did it all start? Some folks give Henry David Thoreau the nod as the movement’s original guiding light. But when it comes to the modern movement, it was Rachel Carson and the publishing of her book Silent Spring in 1962 that exposed the downside of “progress” and caused a generation to rethink our place in the world.

Like the canary in the coalmine, Carson warned the world that the way we were using pesticides such as DDT was creating an environmental disaster that was not only endangering nature but ourselves. She challenged the decisions that the government and her fellow agricultural scientists were making with regard to pesticide policies. In short, Carson put the human race into the food chain and, by doing so, forever changed the way we view our place in the world.

And because it was the 1960s, her words not only inspired a generation to listen, but to also take action. The antiwar movement was already changing the country as it became more and more aggressive in its fight to end the Vietnam War. Within the anti-war movement there was also a back-to-nature movement. And as the Vietnam War was finally beginning to wind down, all of this existing activism began to turn its attention to the environmental issues of the day.

Thanks to Carson’s work, the environmental issues of the day were toxins, direct health threats to the families that were, in the late 1960s and early ’70s, organizing at the grassroots level to fight against this threat to their air and water. Due to the very lax environmental laws at that time, activists didn’t have to look too far to find a local enemy to confront. Smokestacks in towns all across the country spewed their lead and soot and other contaminants down on those living nearby. Factories poured horrible, deadly toxins directly into lakes and rivers, killing aquatic life and putting mercury and other hazards into our own food chain.

It was a time in our history that put great stock into the idea that “out of sight and out of mind” was the answer to all waste issues. Whether it was plutonium or pesticides or lead or arsenic or anything in between, if a corporation or the government had buried it below a few inches of dirt, it was considered to have been disposed of properly.

Because environmental activists were coming out of the anti-war movement, where direct and even dangerous confrontation was an everyday tactic, they did what they knew how to do when it came to fighting the threats posed by toxic waste in their towns. They organized locally and confronted polluters where they lived.

The environmental movement was able to capture all of the energy of the anti-war movement and, in doing so, like the anti-war movement, it was able to win victory after victory. Millions of men, women and children turned out for that first Earth Day 43 years ago, and politicians and corporations alike took notice. The result was the formation of the Environmental Protection Agency, the Clean Water and Clean Air acts, and eventually the Superfund to clean up the mess that had been left behind. These were great victories, but the grassroots activism that came to exemplify the fight against toxins wouldn’t last.

As best described by journalist and former Mother Jones publisher Mark Dowie in his book Losing Ground, corporate America figured out how to beat the environmental movement. If it couldn’t make the movement go away, it would support it financially and redirect its attention. It was a brilliant ploy.

Instead of grassroots activism, the movement became a collection of large environmental groups like the World Wildlife Fund, the Nature Conservancy, Sierra Club, the list goes on and on. The local fight against toxins became a global fight to preserve wilderness and wildlife.

While this was, of course, a valid desire for environmentalists, it was also exactly what the chemical and oil and gas and manufacturing industries wanted. They were spending millions to fight local environmental groups over toxins and clean up contaminated sites. Switching to saving wilderness gave polluters a way to give tax-deductible funds to the large environmental groups that were willing to save beauty rather than fight toxic waste. Corporate greenwashing was born, but even worse for the planet, being an environmentalist was redefined, going from someone chained to a tree or heavy equipment or holding a protest sign while being arrested to someone who gives $100 a year to a big nonprofit group claiming that it will save the rainforest and lobby Washington politicians to fight global warming.

While this new national group-centric environmental movement has done some good things in the last 25 years, it has failed to make the kind of strides that the grassroots activists coming out of the 1960s to fight toxins locally made.

But this is changing quickly. The environmental movement is returning to its roots.

There are several reasons why this is happening. First, a new generation has grown weary of watching large environmental organizations trying to save the planet by lobbying politicians and com promising with, and even forming partnerships with, polluting industries. It hasn’t worked, it isn’t working, and frankly, it never will.

If a polluter wants five new coal-fired plants, it asks for 10. The environmental groups come in and demand a compromise, and in the end the polluter gets the five plants it actually wanted and the eco-group tells the world it cut the polluter’s impact by half. It may be great for fundraising, but it accomplishes nothing.

Another factor in this return to its roots is that when the banking system failed, Americans of every political stripe saw firsthand how out of control our corporations had become. We saw that the government had allowed and even encouraged the banks’ out-of-control behavior that brought the global economy to the brink.

As a result, the Occupy movement was born. It was local, and even though it was not particularly focused, it did manage, like the anti-war movement of the 1960s, to capture the energy from the anger and frustration that most Americans were feeling at the time. It was a sign of just how tired and skeptical we had become of our corporations and politicians.

And then came the fracking issue, and the Keystone pipeline, at just the right moment in history. The energy of the Occupy movement poured into the local environmental fight.

Politicians and corporations assured us that they had our best interests at stake as the rigs moved right into the middle of our communities all across the nation, drilling in our parks and neighborhoods. And then the resulting production platforms started spewing tons of toxins into our air and, in some places, contaminating our water. Only then did most of us find out that in backroom deals the government had actually exempted the oil and gas companies from the very Clean Water and Clean Air acts that had been won from the hard-fought battles over toxins in the 1970s.

For these reasons the environmental movement has returned to its roots. This is no longer an intellectual battle over rainforests and global warming, even though those are the issues in the larger picture. This is once again about corporate America trying to profit by decimating our communities with their toxins. Environmental activists all across the country are once again fighting polluters aggressively, face-to-face, in their communities, in their neighborhoods.

Soccer moms and anarchists, Democrats and Republicans, fighting side-by-side against those who would threaten our health and quality of life to make still more money. And like the 1970s, we are once again winning. From Texas to Colorado to California to Ohio and Pennsylvania and New York, and all across this country, environmental activists fighting locally against fracking and pipelines and coal-fired plats are winning.

And look at the reactions of local politicians to what is happening on the ground. One legislator after another has sponsored bills to reel in the power of the oil and gas industry. In Colorado we have several bills making their way into law that will finally create real oversight of the industry and put teeth into the enforcement of the law.

In 2013, the state of the environmental movement is nothing short of spectacular. It has once again become a grassroots movement fighting against toxins locally. Even the large environmental groups are coming around, replacing their long-time leaders with younger, more activist-oriented folks. Who knows, maybe those exemptions to the Clean Air and Clean Water acts can finally be undone.

From where I sit, the future looks very bright.