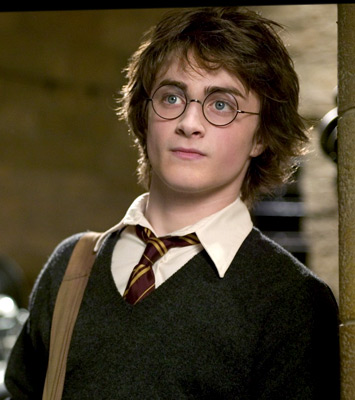 Parents who take their children to see the Harry Potter films enjoy a fun family night. But unless they dig deeper into the stories, parents miss a great opportunity to explore life’s biggest issues with their children.

Start with psychology. J.K. Rowling publicly discussed her struggles with severe depression. She contemplated suicide and feared for her daughter. In her novels, depression takes the form of the ghoulish dementors. To fight them, one of Harry’s professors explains, one must invoke “the very things that the dementor feeds upon — hope, happiness, the desire to survive.”

Or consider the Boggart, a magical creature that takes the form of one’s worst fears. Rowling offers another rich metaphor in the scar that the villainous Voldemort gives Harry — a scar that gives Harry some of Voldemort’s powers and sometimes links their minds.

The psychology of the novels could consume an entire college course. So could the politics. How should citizens organize government, and what happens when government goes bad?

After Voldemort’s return to power, first the Ministry of Magic grows corrupt, ignoring the threat and attacking Harry’s allies instead. The Ministry turns to censorship, intimidation and deception. Finally Voldemort takes over the Ministry, rising to Hitler-like dictator, complete with inquisitions of “half-blood” wizards.

The political background includes a wizard government that has long oppressed other races, like making elves into slaves. Yet the government also serves the critical function of protecting wizards from violence. Readers of the novels may question the legitimacy of enforced segregation of the magical and non-magical worlds; the novels clearly criticize tyranny but leave many day-to-day political problems unresolved.

The novels do emphasize that bad journalism feeds bad government. The stories feature the corrupt journalist Rita Skeeter, who makes up quotes and unfairly slants her stories. But through the character of Hermione, Rowling also shows that journalism at its best tells the public the truth and challenges abuses of power.

The novels explore even deeper themes than psychology and politics, down to basic philosophy. Do we have free will, or may we blame bad luck for misdeeds? What is evil? What does living a virtuous life entail? What is the point of life? Does the soul survive the body? What is the nature of love? Is true love sacrificial?

Consider a few of the many poignant scenes. During his first year at school, Harry convinces his friends to join him on a dangerous quest to stop Voldemort from regaining his powers. Why does Harry put himself and his friends in peril? He explains they need to protect their own lives, the lives and safety of friends and family, their liberty, and their ability to live in peace.

These are the key values Harry and his allies fight to preserve.

Sirius retorts, “Then you should have died … rather than betray your friends!” Sirius later explains that “there are things worth dying for,” meaning that life is worth living only if we act to protect our essential values.

At one point the minister asks Harry to help put up a front to keep people pacified. Harry balks at this attempt to create a false sense of security. He refuses to help, saying, “You see, I don’t like some of the things the Ministry’s doing.” Harry thereby illustrates the virtue of independence.

Do the religious themes of immortality and self-sacrifice reveal the core message of the novels, or (as I believe) do they actually clash with the stories’ fundamental values? These questions merit some time at the dinner table.

The stories offer thrilling literature alive with dragons and magical duels. But readers miss a great deal if they ignore the rich themes of psychology, politics and philosophy. Harry never had parents able to share these discussions. Your children do.

Ari Armstrong is the author of the newly expanded book, Values of Harry Potter: Lessons for Muggles.