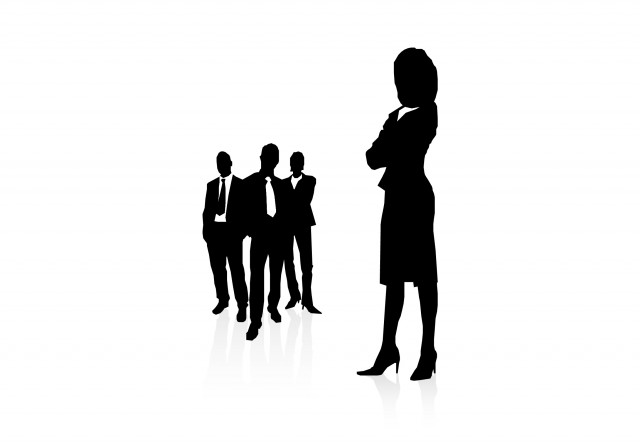 Women have more choices at this point in history than ever before, at least in some parts of the world. They’re not always easy choices, but having choices sure beats living your entire life in ways predetermined by your sex.

And in some areas life is looking up. According to the Bureau of Labor Statistics, women across all occupations now earn an average of 81 cents for every dollar earned by men. That’s a nickel more than they earned in 2000 and the highest women’s earnings have been during my lifetime.

Of course, 81 cents per dollar is 19 cents too little, particularly given that women now graduate from college at higher rates than men, accounting for 60 percent of all college graduates in the United States and Europe. Though young women are now earning more than men in some professions, it’s not enough to even out the disparity.

While women struggle still in the pursuit of happiness as measured by economic prosperity, religionists and their conservative allies continue to press incrementally for restrictions on contraception and abortion. The extremes they’ve gone to both in Congress and in state legislatures since winning big in 2010 prove that women’s health and happiness are the least of their concerns.

By attempting to block all funding for Planned Parenthood, they’ve proven that they would rather see women die of reproductive cancers and HIV — Planned Parenthood is a key source of low-cost mammography, cervical cancer screening and STD testing for poor women — than risk even a penny of taxpayer money somehow going to supplement Planned Parenthood’s abortion services. It’s preferable for a woman to die of breast cancer than for her to have an abortion? Really?

By passing so-called “fetal pain” laws that allow no exceptions for rape, incest, severe fetal defects, or even the health and life of the mother, they’ve shown that maternal suffering isn’t even on their radar. They dismiss the anguish of rape victims by saying that it shouldn’t be too much to ask a woman to endure nine months of “discomfort” for the sake of a human life, not comprehending that what they downplay as “discomfort” is actually additional hell on earth for her, being imprisoned in her own body with the product of the violence that was done to her.

These laws also force women who are pregnant with nonviable fetuses — babies so deformed that they cannot live outside the womb — to endure weeks and even months of purposeless pregnancy waiting for their fetuses to die and then going through the trauma of full-blown labor to deliver a baby that never had a chance at life. This feels more like “pregnancy enforcement” than anything having to do with the preservation of life.

Then there are new laws mandating invasive vaginal ultrasounds — a procedure in which an ultrasound wand is thrust into a woman’s vagina — prior to having an abortion, not to mention extended waiting periods and parental notification laws that demand that both parents be notified even in cases where the whereabouts of one parent is unknown.

This “incrementalism,” as the anti-choice brigade calls it, attempts to make abortion so expensive, so invasive, and so difficult that women are cockblocked from actually making use of their right to choose. (For a self-congratulatory take on “incrementalism,” go to LifeNews and read this piece — http://tinyurl.com/SexistAsshats.)

It’s not just abortion they’re attacking, but many forms of contraception, as well. If they had their way, hormonal birth control and IUDs would become illegal, leaving only barrier methods of contraception, such as condoms — the one kind of contraception a man can take responsibility for, thus demonstrating respect and compassion for his partner, but which far too many men selfishly neglect.

For these religious conservatives, a woman’s uterus and ovaries are her destiny. Apparently, women have no right to sexual fulfillment unless they’re willing to pay for it with physical suffering.

Countless surveys demonstrate that fear of getting pregnant is THE major reason women cite for not being able to enjoy sex. But guys shouldn’t let that get in the way of their hard-ons, right?

Strangely, while these religio-conservatives continue to press for pregnancy, I have yet to hear them call for research that would make pregnancy and childbirth 100 percent safe, trauma-free and painless. Yes, painless. Someone somewhere ought to have that as a life goal. (Epidurals, while perhaps the greatest invention in human history, don’t quite manage this and aren’t always a medical option. In poor rural hospitals, this kind of pain relief is often unavailable.)

Meanwhile, Arnold Schwarzenegger admits to screwing around on his wife and knocking up an employee. On the other coast, Dominique Strauss-Kahn, the former head of the International Monetary Fund, is arrested for allegedly raping a hotel maid. Strauss-Kahn receives an outpouring of sympathy from his countrymen, one French commentator defending his actions by describing what occured as nothing more than “troussage de domestique,” a master having nonconsensual sex with a servant.

And on the other side of the world, a 13-year-old Yemeni bride is brought to the hospital bleeding profusely from her vagina. Married for all of four days to a man more than twice her age, she bleeds to death, her uterus ruptured by her loving husband’s dick. Literally fucked to death — or, more accurately, raped to death — she is known to us only because of a reporter who shared the details of her death in a National Geographic article about child brides. Her husband isn’t punished. Why would he be? Fucking her was his right. That one broke. Who cares? Get another one.

While religionists in the United States might decry this girl’s forced marriage and her brutal death, what they seek in this country is at its core the same thing men in Yemen take for granted — the right to determine for women what role sexuality and reproduction will play in their lives.

One planet. Two sexes. One enjoys sexuality — even sexual violence — with relative impunity. The other is repeatedly denied the right to control even her own body — who’s in it, what happens to it and why.

The only power she’s allowed to have consistently worldwide is her strength to endure.