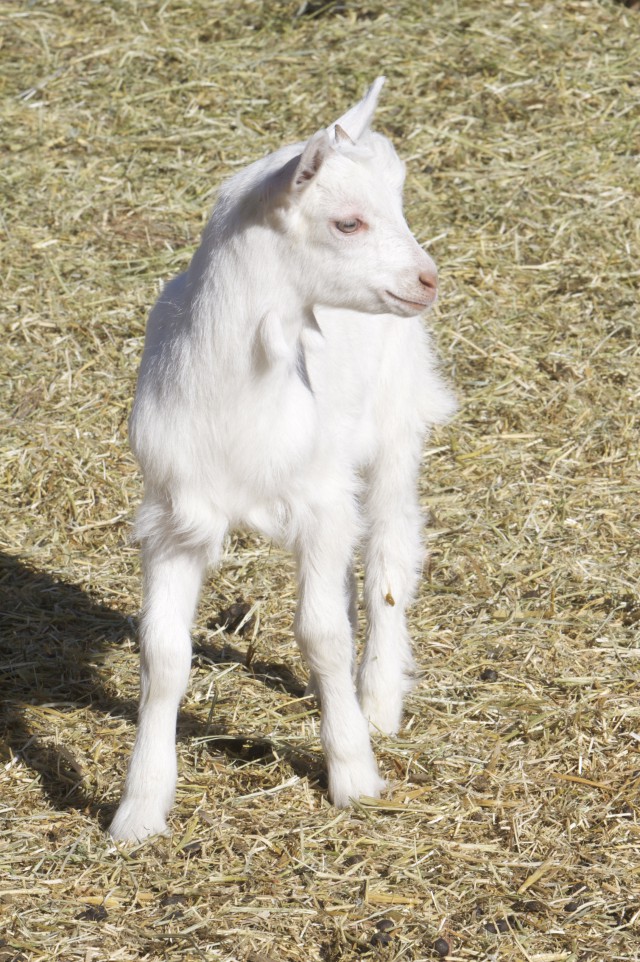 Now that urban chickens have come to roost across most of Boulder County, it’s time to look at changing city ordinances with regard to goats. Yes, goats.

Denver might well beat Boulder County when it comes to getting its goat on, as the Denver City Council is currently mulling over an ordinance that would enable Denver residents to apply for a permit to own up to eight hens and/or ducks, together with up to two goats for milk, yogurt and cheese. It’s not that Denver City Council members are highly progressive when it comes to urban farming. Activists in Denver forced their hand.

“We filed an initiative in December to place on the Denver ballot for next November — a question as to whether or not people can have six chickens without a permit,” says James Bertini of DenverBackyardFarms.org. “In doing so, we ruffled the feathers of officials at city hall, who began their own process of crafting a law they’ve now proposed to Denver City Council for eight chickens and two goats.”

So, they came up with their own ordinance, one that preserved the permits but sweetened things a bit by increasing the number of hens allowed and adding goats, thus making their ordinance attractive to urban farmers.

Will the ordinance pass? No one knows.

“If it doesn’t, then obviously we will continue with our initiative,” Bertini told Boulder Weekly.

Why goats? Given that the primary goals of urban farming are self-sufficiency and food safety/security, then growing fruits and vegetables and even having hens for eggs and beehives for honey might not be enough. Goats fill in a critical nutritional niche by providing nutritionally superior milk that can be made into yogurt and cheese right at home. In places that allow residents to slaughter their animals — Denver’s ordinance will prohibit this — goats also provide meat.

“We milk the girls and eat the boys,” says one urban goat farmer in Berkeley, Calif.

But most Boulder property owners will discover that they can’t keep goats. City ordinance requires anyone who wishes to keep goats to have one-half acre available per animal (plus its offspring up to six months old), and most of us live on quarter-acre plots.

Clearly, Boulder is not always so progressive. Although a person can keep large dogs in an apartment and have multiple large dogs in a backyard without rules regarding how much room they’re given to roam, goats, which have less of a physical need than the average dog for running in open spaces, are still relegated to farms. A couple of does — some breeds are smaller than a black lab — can do marvelously well in the average backyard.

So what’s the issue with owning farm animals in the city if those animals are compatible with the limited space available on a quarter-acre lot?

Perhaps the two generations that exist between us and our grandparents’ time, when most people were involved to some degree in their own food production, have left us so desperately ignorant about such things that the idea of raising goats seems overwhelming. Perhaps government officials fear that no one will know how properly to care for their critters. But the skills involved in raising goats — or raising chickens or keeping beehives — can and are being taught across the country.

I suspect there’s a bias at work here that has nothing to do with the animals themselves, but rather those with whom we associate the animals.

My grandparents, who were for a time desperately poor, bred pigeons and rabbits in their yard in Springfield, Ill. They kept a goat, as well, and had an enormous vegetable garden, a grape arbor and an orchard. Their efforts meant they were able to feed their six children, even when my grandfather sailed off with the navy to hunt for German U-boats.

Until recently, it’s been the poor who’ve clung to raising animals for food, illegally raising rabbits, guinea pigs, pigeons and goats to keep their families from going hungry. Perhaps our ideas about urban farming are colored by our bias against the poor, especially if they’re of another race or ethnicity.

Not buying that? Then explain the comments left on the Longmont Times-Call’s website when the Longmont City Council first took up the issue of urban chickens. Here are two gems: “If you want a chicken move to a farm, or go back to Mexico where they run free,” wrote one respondent.

“YOU’VE GOT TO BE KIDDING!!!” wrote another [their emphasis]. “People don’t even take care of their lawns. Cars on the front lawn don’t bother them a bit. They have 12 people living in a two-bedroom house, and you think they’ll keep a hen house clean??? Dream on. Chicken coops require a certain amount of regular maintenance to keep them from smelling. Want chickens? Move to the country. Better yet… move south. Way south.”

Racist? You bet. Classist? Yes, that, too. Local governments need to confront this kind of bias directly and put their full support behind urban farming. It’s not some crazy trend; it’s Americans coming to their senses and choosing to skip watching television and opting instead to work hard for something that matters — their own well-being.

If the cities of Boulder, Longmont, Lafayette and Louisville can’t put an ordinance together to allow goats in town, then voters should follow the example of Denver’s urban farmers and get something on the ballot.