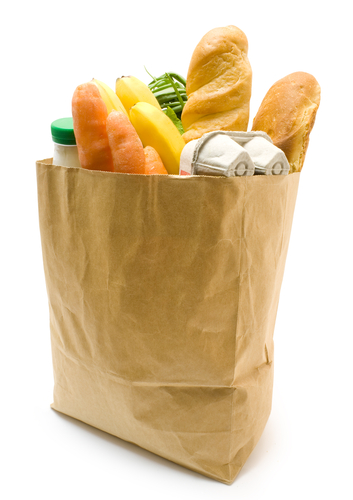 For decades, the question in the checkout lane has been, “Paper or plastic?” A great many people are hoping the Boulder City Council’s answer will be, “Tax ’em!”

There are lots of good reasons why city leaders are considering banning or taxing the use of single-use bags, which consume resources, generate litter, pollute our oceans and take up space in our landfills.

According to the Wall Street Journal, 100 billion plastic shopping bags are used annually at an estimated cost of $4 billion to retailers.

Less than 1 percent of plastic bags in the United States are recycled. Some are reused, then tossed when they fall apart. Most go straight into the landfill, where they can take 1,000 years to break down. Millions end up in our oceans, where they, together with other plastics, contribute to the deaths of an estimated 1 billion seabirds and mammals each year.

Plastic bags are a problem locally as well. Although some residents recycle disposable bags, Boulder County’s recent Waste Composition Study showed that that a shit-ton of plastic bags go into our solid waste stream each year — 781 tons in 2010 alone. That’s almost 120 million plastic bags that we failed to recycle in Boulder County.

Clearly, asking people politely to recycle isn’t enough. If it were, they’d be doing it by now.

Further, plastic bags also make it harder to recycle the materials we do consistently recycle. Despite Eco- Cycle’s many and constant warnings that plastic bags constitute the worst contaminant in the single-stream recycling bin, lazy people still toss them in — at a significant loss in terms of productivity to our county recycling program.

“When you put it in your singlestream recycling bin, it is the number one contaminant,” says Marti Matsch, communications director for Eco Cycle. “It literally binds the equipment used to sort recyclables. We have to stop the equipment, get up on it and cut the bags off.”

(Matsch notes that, when recycled correctly at the Center for Hard-to- Recycle Materials — the CHaRM — or participating grocery stores, plastic bags, which are 100 percent recyclable, are turned into a kind of durable “lumber” that is used for decks and piers, cutting back on the use of wood.)

The environmental havoc caused by plastic bags doesn’t mean that paper bags are a better choice. Paper bags use more water in the manufacturing process and require more energy to transport. They also contribute to deforestation.

These things, taken together, constitute a high price for our planet to pay for the tiny convenience of not bringing your own bags to the grocery store.

For city government, a bag tax is the next logical step toward reaching its zero-waste goals. Other U.S. cities have banned or taxed the use of plastic bags, including San Francisco; Maui, Hawaii; Brownsville, Texas; as well as Aspen and Carbondale here in Colorado. The benefits to be gained by reducing the presence of single-use bags in our city is significant, while the consequences are minimal.

So you have to keep reusable bags in your car or backpack and remember to bring them inside when you shop. Hey, life is tough all around.

But which option should we choose — an outright ban or a tax?

Eco-Cycle would like the city to impose a user fee, not a ban, on single-use bags — both plastic and paper.

Banning only plastic bags would create the illusion that paper bags are somehow better for the environment, which they are not, Matsch says. Charging a fee, on the other hand, drives home the point that both plastic and paper bags are unnecessary uses of our resources.

And a cultural change is exactly what we need.

For more on recycling plastic bags in Boulder County, or to buy some snazzy reusable shopping bags, go to www.ecocycle.org.