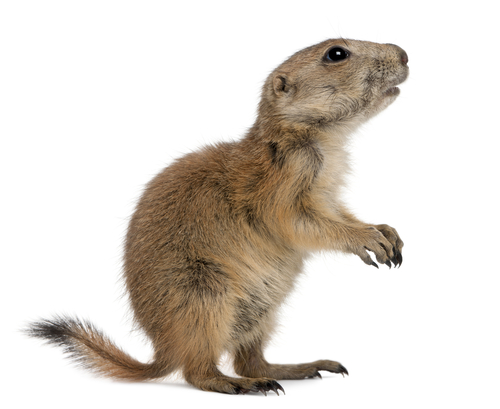 Colorado Horse Rescue performs an important mission. A nonprofit, CHR provides shelter, veterinary care, rehabilitation and adoption services for horses that have been abused and neglected. Through this compassionate care, CHR saves equine lives. It’s incomprehensible, therefore, that CHR could demonstrate such a callous lack of concern for another four-legged creature — the prairie dog.

No, you can’t ride them, and they won’t haul a sleigh or pull a plow, but prairie dogs are a keystone species upon which a great number of other species depend, from burrowing owls that nest in abandoned holes to the foxes, coyotes, ferrets, bald eagles and other raptors that depend on them for food. Despite the fact that the prairie dog population has been reduced by an estimated 95 percent, human beings seem intent on eradicating them, just as we eradicated the wolf from most of the country. In some places, including Frederick, governments have ordered residents to get rid of prairie dogs on private property or face fines. (Maybe they should be old-school about it and offer a bounty on prairie dog hides.)

The folks at CHR must surely understand what’s at stake. The preservation of prairie dogs, a heated topic on Colorado’s Front Range and across the West, must certainly have caught their attention. Perhaps they discussed it with county officials back in 1999 when they signed an agreement with the county to combat dust issues by revegetating the land, which would include the relocation of prairie dogs.

Granted, relocating prairie dogs is very hard in this state. Thanks to SB 111, a bill passed in 1999 by lawmakers who view prairie dogs in the same light as cockroaches, people seeking to relocate prairie dogs must get the approval of the county commissioners in the county where they hope to place the animals prior to relocation. Given the demand for land and widespread ignorance about prairie dogs, this makes relocating them almost impossible.

But to see an organization like CHR resort to poison, rather than seeking some other solution, is distressing. Poison is not a compassionate way to get rid of prairie dogs. It doesn’t put the little critters to sleep as one might a fatally wounded horse; it burns their eyes and lungs, causing pain and hemorrhaging as the animals slowly die. It can kill other non-target species as well. How can people who care for suffering horses cause such harm to other animals?

It’s possible that CHR exhausted its options for relocation. It’s possible they worked with other organizations in an effort to seek every possible solution. Regardless, they apparently chose to kill the animals before going through the appropriate process. (Judy Smetana, CHR’s executive director, declined to answer questions for this column.)

In general, I support the right of private land owners to do what they want on their land. If they want to build a vanity home that shows off their wealth and bad taste, that’s fine with me. They’re the ones who are stuck paying the tax bill. But killing a keystone species upon which our ecosystem depends is another thing. We all share in the long-term consequences of such actions.

So what’s the county going to do about it beyond writing a letter?

Whether officials choose to invoke civil or criminal penalties or make CHR write “We will not poison prairie dogs” on the blackboard 100 times remains to be seen.

Kim Sanchez, planning division manager with Boulder County’s land use department, says the alleged violations will be taken into consideration at the July 10 county commissioners meeting, where CHR hopes to win approval for additional buildings and other modifications to its property.

Let’s hope so. If people think they can kill prairie dogs in violation of code and get away with it, prairie dogs are doomed.

Perhaps this unhappy incident will reboot efforts to eliminate the state law that hinders prairie dog relocation and to win state and federal protection for the remaining prairie dog population. The time to do this is now — while there are still prairie dogs to protect.

To learn more about the plight of the prairie dog and to help, go to www.prairiedogcoalition.org.