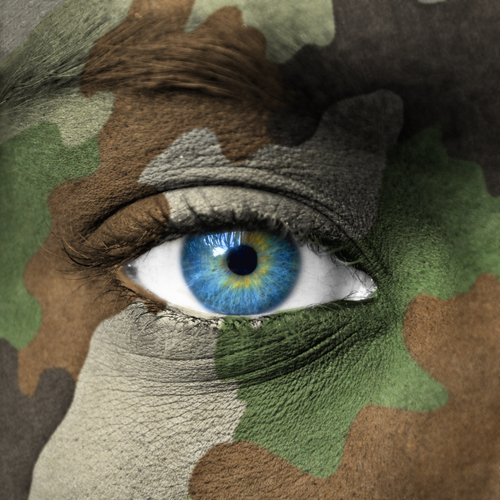 When Fox News commentator Liz Trotta addressed the topic of sexual assault in the military this past February, telling her audience that women who serve should “expect” to get raped, she seemed barely able to conceal her contempt for U.S. servicewomen — at least those who are speaking out against sexual violence.

“They want to be warriors and victims,” she said, implying that rape victims who come forward are nothing more than wimpy whiners.

Her diatribe offered a classic example of victim blaming, shifting responsibility for sexual assault from rapists who hide behind uniforms to the women they attack. The pain her words caused resonates still with military women who’ve been there, survived that.

If Trotta were speaking strictly in terms of statistics, then, yes, women who serve in the military should be aware that they might be raped. The Pentagon estimates that one in three women will be raped by a fellow serviceman during her years in uniform.

Last year, 3,191 military sexual assaults were reported, but because many victims remain silent, the Pentagon estimates that the actual number was probably closer to 19,000.

The shameful truth is that women in the military are more likely to be raped by a brother in arms than killed by the enemy.

Trotta seems to think the answer is to remove women from the military.

“The whole airing of this issue [of women in the military] has never been done by Congress,” she said. “It’s strictly been a question of pressure from the feminists.”

I’m sure the Taliban would agree with Trotta’s assessment. But the real problem isn’t the presence of women. It’s the presence of rapists in the ranks. What do you do about that?

Right now, a man in uniform who rapes a servicewoman has the odds on his side. There’s less than a 15 percent chance she’ll report the assault, and if she does, there’s a greater than 90 percent chance that nothing will come of it. She’ll be humiliated, perhaps discharged, stripped of rank and benefits. And if he is convicted, and even if he serves time, he won’t have to register as a sex offender. (See related story on page 20.)

The Department of Defense is attempting to improve the situation by, among other things, announcing a zero-tolerance policy for sexual assault, requiring sexual assault education for service members, and moving the reporting system further up the chain of command. The Navy is going so far as to try changing a culture that facilitates rape, teaching seamen that it is their duty to interfere when they know a woman is being harassed or assaulted by a fellow sailor.

But there’s much more that could be done.

First and foremost, Congress should pass the Sexual Assault Training Oversight and Prevention Act. The STOP Act would establish an independent professional legal entity separate from the chain of command of the Department of Defense and place the investigative power in cases of alleged rape in its hands, providing checks and balances that currently do not exist.

Furthermore, a man convicted of a sex crime in a military court should be required to register as a sex offender when he is discharged. He shouldn’t be able to shed the shame with the uniform. (Go to http://chn. ge/Mpi9mw to sign a petition on this issue.)

These two changes would alter the equation, making rape a far more dangerous proposition for the rapist and creating a support network for those who’ve been assaulted.

Risk is, of course, an inherent part of military service — the risk of death, of maiming, of being taking prisoner and tortured.

But those are actions perpetrated by the enemy, not carried out by the people who are supposed to have your back.

While facing hostile fire is part of the job description, being violated by your fellow troops is not. Rape in the military is not just a serious crime, it’s a profound betrayal.

Respond: letters@boulderweekly. This opinion column does not necessarily reflect the views of Boulder Weekly.