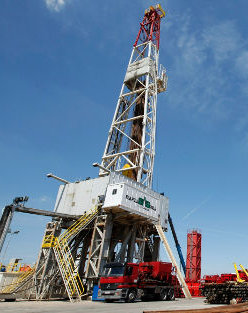 It’s time for Coloradans to take a hard look at hydraulic fracturing — fracking — and a critical view of those state lawmakers who are more interested in sucking up to the gas and oil lobby than protecting their constituents.

A three-year air pollution study conducted by the University of Colorado Denver School of Public Health revealed that air within a half mile of fracking operations contained five times the level of certain pollutants deemed safe by the EPA. This leaves workers and residents within that halfmile area exposed to air pollutants that could potentially harm their health.

The chemicals included trimethylbenzenes, chronic exposure to which can cause nervousness, tension and anxiety, asthmatic bronchitis, anemia and alterations in blood clotting; aliaphatic hydrocarbons, which can affect the lungs, the nervous system, heart and liver; and xylenes, which can cause conjunctivitis, dermatitis, kidney and liver damage, and dryness of the nose, throat and skin.

After hearing the concerns of Aurora residents upset by the encroachment of fracking rigs on their homes and schools, Rep. Su Ryden, D-Aurora, introduced House Bill 1176 this year, asking lawmakers to increased the required setback to 1,000 feet. But Ryden’s bill never even made it out of committee. Even had the bill passed, 1,000 feet is inadequate, if the results of this study are accurate.

In an ideal world, the gas and oil industry would look at this study, apologize, and move its operations to a safe distance from places where people live and breathe. Instead, what we see from the oil and gas industry is an unending barrage of advertisements telling us how the natural gas beneath the Front Range will provide energy and jobs for Colorado and the nation for years to come.

Ka-ching! It’s all about profit, of course. When HB 1176 was killed, Rep. David Balmer, R-Aurora, justified his action on the bill by claiming it would result in lost jobs in Colorado.

“This bill will send another shock wave across the country that Colorado doesn’t want to do oil and gas development. It will cause us to lose jobs! Why do you want to run a bill that will cause Colorado to lose jobs?” Of course, Balmer was employing hyperbole. Requiring fracking operations to stay at least 1,000 feet — or even 2,700 feet — away from homes, businesses and schools doesn’t mean Colorado doesn’t want to “do oil and gas.” It simply means Colorado, unlike Balmer, places some value on the health and well-being of its residents.

And shouldn’t people’s health come first? Or does money desensitize us to the idea of children breathing xylenes and trimethylbenzenes while they sit in their classrooms, play on the playground and sleep in their beds at night?

The legislature will have an opportunity to address this issue again next year, and let’s hope they take their responsibility seriously, putting the gas and oil lobby in its place and focusing on the needs of their constituents instead.

Not only should the setback be increased to beyond a half mile, but a substantive effort should be made to eliminate the air pollution associated with fracking. Period. After all, whatever impacts human life will also affect wildlife.

Thanks to the abundance of oil and gas trapped in Colorado’s Niobrara Formation, the gas and oil industry is poised to eat this state alive. The regulations under which the industry is permitted to operate will have a direct impact on the people of Colorado, including residents of Longmont and Erie.

Sure, we’ll do gas and oil, but we’ll do it safely. And if the oil and gas industry doesn’t like it? Well, the Niobrara Formation isn’t going anywhere, so I guess they’ll have to adapt.