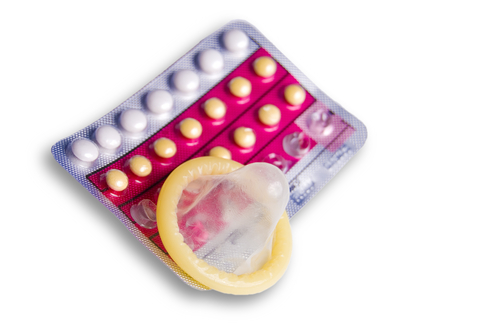 Melinda Gates is my new hero. In fact, I think she should be canonized as the Patron Saint of Voiceless and Vulnerable Women.

Gates announced earlier this month that she intends to focus the wealth and might of the Bill & Melinda Gates Foundation on making the development and availability of reliable contraception a global priority. Her goal is simple and noble: improving the lives and the health of women around the world.

In a year that has seen new extremes on the part of religious fundamentalists intent on hindering access to contraception here in the United States, it’s not surprising that Gates’ announcement, which she discussed at length in an exclusive interview with Newsweek, was met with derision on the part of the male hierarchy of the Catholic Church and other religionists.

Gates’ decision was informed by compassion and the result of years spent doing something that the religious patriarchy rarely seems to do — listening to women.

While access to contraception isn’t what it should be in the United States, in other parts of the world, it’s much, much worse. In many countries and cultures, the concept of marital rape — the idea that a woman has a right to refuse to have sex with her husband — is nonexistent. Unfortunately, many of these places also have high rape rates (even excluding spousal rape) and very low access to contraception and reproductive health care in general. In some areas, the attitude toward contraception is viciously hostile. In Afghanistan, for example, midwives have been killed by militant Islamists, who believed the birth attendants were providing condoms to Afghan women. In Uganda and other parts of Africa, asking one’s husband to wear a condom can result in a brutal beating.

As a result, an estimated 100,000 women die each year from complications due to unintended pregnancies. The infant mortality rate in such cases is six times that. Clearly, lack of contraception constitutes a public health crisis for women and babies.

Can you imagine having pregnancy forced on you — and then dying in childbirth or of a post-partum infection? Women’s lives, it seems, just aren’t that important—except to women themselves.

As Gates explained to Newsweek, she has spent years traveling widely with the Gates Foundation, which has been using its billions looking for ways to fight and prevent malaria, tuberculosis, AIDS and other infectious diseases that kill women, children and men in poor countries. During conversations with women in villages in developing countries, she has continually and consistently received requests from women for help with access to contraception. Some walked long distances repeatedly to remote clinics in search of Depo Provera injections, a type of contraceptive that effectively prevents pregnancy if injected at regular intervals — and which can be concealed from a husband.

“Women sitting on a bench, 20 of them, immediately they’ll start speaking out and saying, ‘I wish I had that injection I used to get,’” Gates told Newsweek.

“‘I came to this clinic three months ago, and I got my injection. I came last week, and I couldn’t get it, and I’m here again.’” These women were not being coerced into using family planning. No one was duping them into getting Depo Provera shot. They were walking for miles, babies on their backs, hoping against hope to be able to get the shot, often in secret, risking the displeasure of their husbands or family members to do so.

Nevertheless, the Catholic Church was quick to condemn Gates’ decision, in part because she is Catholic.

Francis Phillips wrote in The Catholic Herald, “A horrid image comes to mind, of white-coated boffins hard at work in diabolical laboratories, devising new ways of depriving men and women of their conjugal dignity, their culture and their traditions.”

If Phillips wants a truly horrid image, she should look hard at this: girls who are routinely raped after being forced into “marriage” at puberty to older men; women who are beaten for trying to protect their own lives with a simple condom; mothers leaving seven children orphaned and alone after dying while giving birth to unwanted child No. 8 at the age of 24.

As for dignity, there is absolutely zero “conjugal dignity” in dying while giving birth on the floor of a mud hut to a baby conceived in marital rape. Any culture that does not protect women’s lives and women’s dignity is in dire need of transformation.

Ignore the misogynists of the Church, Ms. Gates. Follow your heart. There’s more true compassion there for women than in the Vatican.