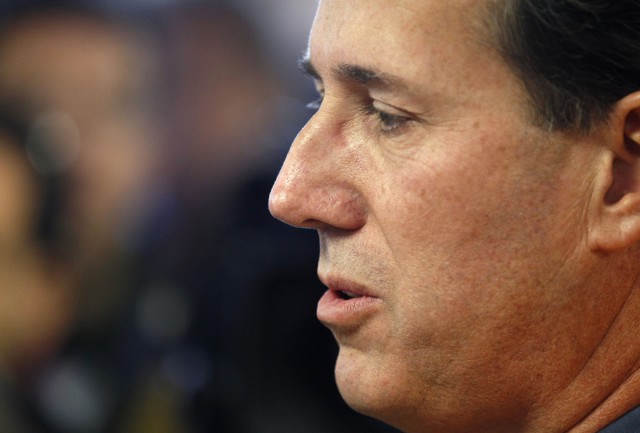 During my adult years, I’ve watched the issue of reproductive rights descend from a debate about abortion to a debate about contraception, including condoms.

Back in 1984, when I was 20 and newly returned to the United States, feminists warned us that the most rabid anti-choice activists — the Operation Rescue types — don’t oppose the ending of an unborn life so much as a woman’s escape from childbirth. Deep down, feminist leaders warned us, many anti-abortion activists don’t even believe a woman should have a right to use contraception, particularly if she’s unmarried.

Anti-choice leaders dismissed this as if it was crazy talk, nothing more than a ploy on the part of feminists to detract attention from what anti-choice activists had to say about abortion.

I started writing about the issue in 1992, when I launched this weekly column. I saw clearly that many who opposed abortion were, in fact, opposed to women’s full equality, particularly sexual equality. When I suggested in my columns that the ultimate goal of the anti-abortion movement was to eliminate women’s sexual freedom altogether, including access to contraception, I was on the receiving end of sharp denials.

Now, as the evangelical Christian movement has pushed its way deeper into politics, we finally have a Republican candidate who is willing to reveal the endgame:

“Many of the Christian faith have said, well, that’s OK, contraception is OK,” Rick Santorum said while campaigning. “It’s not OK. It’s a license to do things in a sexual realm that is counter to how things are supposed to be.

One of the things I will talk about, that no president has talked about before, is I think the dangers of contraception in this country.”

Santorum wants to see contraception become a state issue. (It was still illegal to possess or distribute contraceptives or information about contraception in some states as late as 1965. The U.S. Supreme Court changed that with Griswold v. Connecticut.)

It’s easy to dismiss Santorum as a fringe lunatic. His views certainly don’t represent those of most Americans, who use and are grateful for contraception. And yet Christians of his ilk — those who are so single-minded in their desire to impose their notions of morality that they constitute a kind of Christian Taliban — have slowly made inroads, turning contraception into the leading edge of the abortion debate.

We’ve seen this in Colorado in two failed “personhood” amendments, which attempted to make oral contraceptives and the morning-after pill illegal, in addition to abortion. We’ve seen it nationwide in attempts by evangelicals to cut coverage for the pill and emergency contraception from insurance plans. And we’ve seen the results of the pressure created by these fringe groups in the Obama administration’s unconscionable decision to ignore the recommendation of his own staff in Health and Human Services and continue to block over-the-counter access to emergency contraception to girls under 17.

No matter how fringe an idea is, it must be taken seriously if it influences public policy. Those who ignore the threat against contraception do so at their peril.

Comedian Dean Obeidallah said that what Santorum essentially wants is to impose a sort of Christian Sharia. Sadly, he’s right on. Just like Islamists, Christianists like Santorum focus largely on sex and women. Why? It’s all about control.

Said Gloria Feldt, former president of Planned Parenthood: “Sex and the role of women are inextricably linked, because if you can separate sex from procreation, you have given women the ability to participate in society on an equal basis with men.”

Whether Santorum represents only the fringe or not, it’s time for those of us who support women’s personhood to respond overwhelmingly and loudly any time anyone, particularly a politician, suggests that laws, not women themselves, should control what happens inside their bodies.