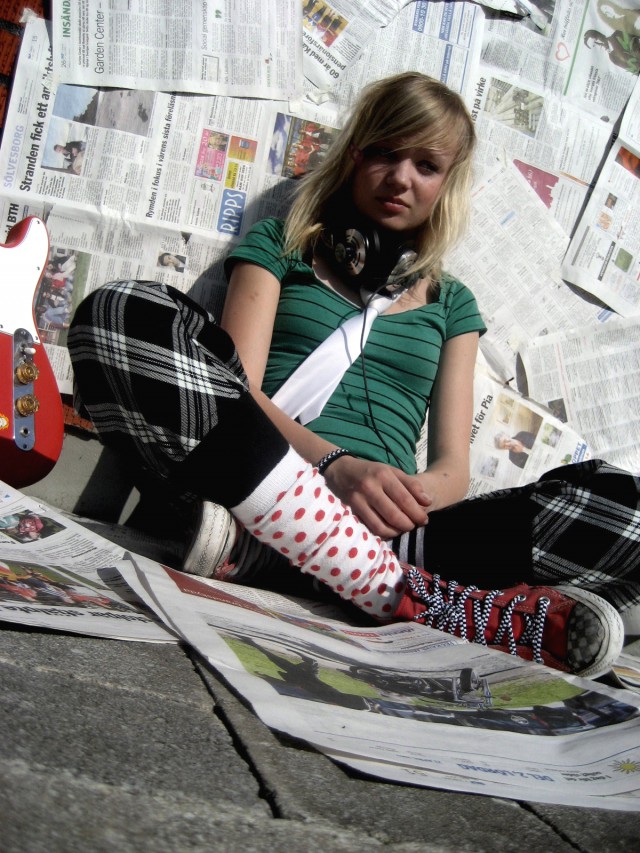 The lessons our children learn often aren’t the ones we intend for them to receive. Such must be the case for student journalists at Overland High School.

Lori Schafer, a junior and editor of the Overland Scout, the school paper, wrote an article on March 8 about the death of a fellow student, Leibert Phillips, who died on Jan. 1 of a blood clot related to a fractured ankle he suffered during a school-sponsored wrestling tournament. Schafer included an interview with Phillips’ bereaved mother, Linda Kore, who shared her overwhelming grief at the death of her son.

“He was the love of my life,” Kore told Schafer. “He is my pride and joy.” It was a brave interview to under- take, one that couldn’t have been easy for Kore — or for Schafer. Part of being an effective journalist is learning how to handle such sensitive and heart- wrenching subject matter, and Schafer faced the challenge head-on.

Unfortunately for Schafer, Principal Leon Lundie seems to be more concerned about controlling the perception people have of his school than he is about ethics or educating student journalists. But let’s back up for a moment. Lundie instituted a policy that enabled him to control the newspaper’s content. Why he felt the need to do this is uncertain. Perhaps he didn’t trust his students. Perhaps he didn’t trust the paper’s faculty adviser, Laura Sudik, to do her job. Or perhaps he sought this level of control for the same reason that many bureaucrats do — because they can.

As reported by the Student Press Law Center (SPLC), Lundie did not approve Schafer’s article for publication, claiming that the issue of Phillips’ death was “too big” for a student paper. He also claimed that the article contained a factual error when it stated that Phillips’ death was related to the injury he received at the wrestling tournament — an injury that the school did not report to his mother.

The students, being good journalists, obtained a copy of the coroner’s report, which proved that Lundie was the one who had his facts wrong, not Schafer.

And then Lundie did what so many bureaucrats have done when faced with inconvenient truth. He went after the truth-tellers, pulling the plug on the newspaper and removing the faculty adviser from a post she had occupied for 14 years.

Put a dunce cap on that man, and make him sit in the corner!

When confronted about his actions, he attributed his decision to “budget concerns,” the SPLC reports. Meanwhile, the Cherry Creek School District spokesflack — a former journalist — told reporters that Lundie is considering a shift in curriculum away from traditional journalism toward communications and “new media.”

These are excuses we’ve heard before. They were used to justify killing the University of Colorado faculty and staff newspaper, the Silver & Gold Record. They’re being used this week to try to eliminate CU’s journalism school. Changing times, budget problems.

What a load of crap. Fortunately, Overland High students didn’t take this assault on their rights lying down. Neither did SPLC or the Colorado chapter of the Society of Professional Journalists (SPJ). Both organizations stepped up to support the student paper, bolstered by a Colorado law that protects students’ freedom of expression.

In a letter dated March 29, the board of directors for Colorado SPJ called for an end to Lundie’s policy of prior restraint on content, the immediate reinstatement of the paper’s faculty adviser and the publication of all regular Scout editions.

In response to the firestorm, the school district has decided that the Scout will be published at least through the end of the year and has reinstated the adviser — for now. Best of all, Schafer’s article will run. But what happens next year is anyone’s guess.

Let’s hope Lundie has learned a lesson through this and permanently scuttles his plans to kill the paper.

Otherwise, what will he teach students at Overland High? That power can dominate truth? That human grief and other human emotional needs are less important than image? That being in charge is more important than being right?

Of course, his actions may bring about unintended results. There’s nothing like adult hypocrisy to ignite idealism in a young person’s soul. This experience might well be the making of Schafer and her fellow student journalists, inspiring them to work harder, strengthening their commitment to the truth and hardening their resolve.

That wouldn’t be a bad thing. As the corporate machine gobbles up one independent newspaper after another and economic pressures make far too many newspapers sell out, sacrificing journalistic ethics for the bottom line, we’re going to need iron-willed, committed journalists to carry the flame of our nation’s only constitutionally protected profession into the future.