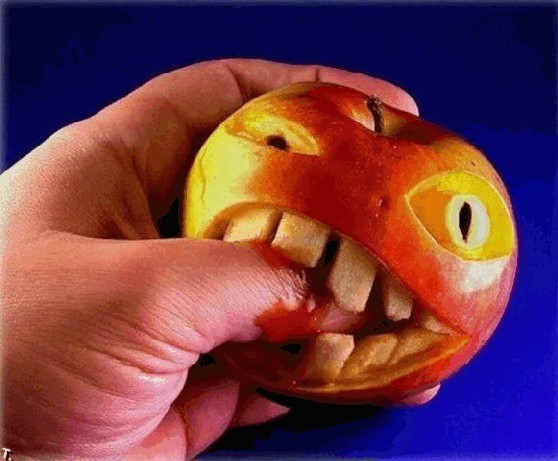 Americans may be bitterly divided on a range of hot button issues, but there’s one on which the vast majority of Americans agree — labeling genetically engineered (GE) foods.

Poll after poll shows that more than 90 percent of Americans want labels on foods that contain GE ingredients — GE corn in snacks and breakfast cereal, for example, or GE soybeans in frozen dinners. More than 40 countries, including China, require labeling of GM foods, but the U.S. Food and Drug Administration, under the influence of biotech giants like Monsanto, claims there is no need to let consumers know what they’re buying because GE foods are “substantially equivalent” to their non-GE counterpart.

In making this claim, the FDA has completely missed the point: consumer choice.

Some of us are appalled by the idea of eating foods and food products that contain unnatural genetic material. It’s one thing to crossbreed different varieties of tomatoes, hoping to produce one that ripens quickly or is resistant to end rot. It’s quite another to install fish genes into a tomato to keep it from freezing.

GE foods, first approved for use in the United States in 1996, generate concern among so many of us precisely because these foods contain things that don’t belong together, elements that have not been joined together in the history of this planet, including proteins from bacteria and DNA sequences from viruses.

The potential for illness, previously nonexistent food allergies and other health-related problems is real. But rather than giving us a choice by requiring labeling, our government is allowing us to be used as guinea pigs.

As of this week, more than 900,000 people have submitted comments to the FDA in favor of labeling GE foods. And on Monday, March 12, 55 members of Congress submitted a bicameral letter demanding that the FDA require labeling of GE foods. Among those who signed the letter were two from Colorado’s delegation — Rep. Jared Polis and Rep. Diana DeGette, both Democrats. The Boulder County commissioners voted in December to press the state legislature to take up labeling for GE foods. (A previous bill on this issue, House Bill 146, which would have required labeling of GE foods, was killed way back in 2001.)

This push both from consumers and our congressional representatives couldn’t come at a more critical time. Monsanto, Dow, DuPont, Bayer and BASF AG have just won the promise of expedited approval for new GE seeds. The U.S. Department of Agriculture announced earlier this month that review periods are going to be cut in half to enable these biotech giants to sell a variety of new seeds designed to resist herbicides other than Roundup.

So called super-weeds, which can’t be killed by Roundup (glyphosate), now infest 60 million acres, up 25 percent from last year (and this according to the biotech industry itself). New GE varieties of soybeans and corn are being designed to resist the herbicides dicamba and 2-4,D, one of two herbicides in Agent Orange.

Yes, Agent freaking Orange. Scientists, scholars and activists raised concerns about super-weeds when Roundup resistant GE crops were introduced, but were assured by the biotech giants that smart farming would prevent super-weeds from becoming a problem.

D’oh! I guess they were wrong about that.

It’s not hard to imagine that the biotech industry, as blinded by profit as it is, could also be wrong about the cumulative impact of GE foods on our ecosystems and our bodies. In the meantime, these companies get richer creating a solution that creates a problem — for which they are paid and given streamlined government approval to create a solution. Of course, their solution will create a new problem as weeds develop resistance to dicamba and 2-4,D. Which brings us to the Weedpocalpyse.

Monsanto and the other biotech giants whine that the push for labeling is just an attempt to shutter their industry. They tell us that it’s far too complicated for industry to trace the source of each ingredient in order to determine whether their products contain GE foods.

What bullshit! If 15 EU states and China can do it, so can we.

In the meantime, the only solution is to eat whole, unprocessed organic foods — and to speak out. The planet you’ll be protecting is your own.

To learn what you can do to help in Boulder County, go to www.no-gmoboulder.com. To sign the FDA Petition and look at the national picture, go to JustLabelIt.org.