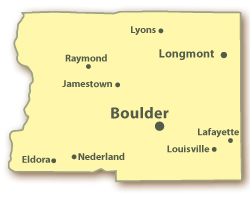 The vote on county ballot issues was too close to call by
press time on Tuesday, with voters seeming to prioritize human services over
open space purchases.

County Issue 1A was passing with 51.57 percent of the vote.
It asked voters to approve a 0.9 mill (nine-tenths of one mill) ad valorem
property tax increase for a term of five years to backfill significant gaps in
state funding for human services.

Using current property values for Boulder County, the mill
levy increase is expected to be about $7 per $100,000 in actual property value
(e.g., $21 for a property valued at $300,000) and should generate about $5.2
million per year for five years beginning in 2011, according to the county.

Already the county has made deep budget cuts to make up for
a $4.5 million deficit. County officials told Boulder Weekly that $2.3 million
of the revenue from the tax increase would be used for child care services. The
county has a waiting list of 600 to 700 children, and the list is growing.

But County Issue 1B appeared to be losing by an almost
identical margin, with 51.27 percent of voters opposed to a new open space tax.

County Issue 1B asked voters to approve a new 0.15 percent
sales and use tax for the next 20 years. The percentage would amount to one
cent on a purchase of $10. In addition, 1B would allow for the issuance of
bonds totaling $40 million, all for the purpose of purchasing open space.

Though county officials argued that the tax was necessary
for the county to make land purchases that were planned some 30 years ago, thus
realizing its plans for land preservation, opponents of 1B argued that a
recession was not the time to introduce a new tax.

If 1B is defeated, it will mark the second time since county
residents began taxing themselves for land preservation that an open-space tax
issue failed. A similar measure was narrowly rejected by county voters in 2009.

“I’m certainly happy to see that it looks like 1A is going
to pass,” says County Commissioner Will Toor. “I think that’s going to make a
big difference of being able to maintain services to families in Boulder County
over the next few years.”

Toor said he was “disappointed” that 1B appeared to be
headed toward a narrow defeat, but believes it may be due to the state of the
economy and the number of tax issues that county residents were asked to vote
on, both at the county level and at the municipal level. Voters may have felt
compelled to choose, he says.

“This is clearly a tough time to have an open space issue on
the ballot,” Toor says. “But there are pieces of land that are available right
now that we might not be able to acquire.”