Coal Creek Canyon Park and Recreation District Ballot Issue Nos. 4A and 4B

The Coal Creek Canyon Park and Recreation District wants
to increase property taxes, not more than 3 mills, in an effort to
develop a community park and recreational facilities like playgrounds
and trails for hikers and mountain bikers, as well as maintain the open
space and natural areas. The money would also be used for administrative
purposes and operating expenses. Issue 4B “deTABORs” 4A, removing TABOR
restrictions so that the district can collect, retain and spend the
revenues collected from the property tax increase in 4A.

Parks, open space areas, trails, playgrounds, recreation
facilities — these are the elements that help create community and
provide safe places for families to be outdoors and enjoy their spare
time. They may cost something upfront, but they become a resource for
generations. Boulder Weekly supports a YES vote on both 4A and 4B.

Issue 5A is about whether Boulder County
debt should be increased by $2.6 million, with an expected $4.6 million
payback, or about $10,500 per home, for road rehabilitation in Pine
Brook Hills, an unincorporated Boulder County townsite. The initial cost
for paving was footed by the property owners whose land fronted the
roads, with the county picking up maintenance costs. Following
the 1995 Boulder County Comprehensive Plan, maintenance was defined as
not including major road rehab, which the roads now need.

Pine Brook Hills includes some roads that
remain unpaved, by resident vote, and some that are paved only in
sections. Only one, Linden, is used by all residents to enter the
district, and some residents feel that this confirms it as an artery,
and thus is the county’s responsibility to repave.

Proponents of the issue say the measure
is necessary because Boulder County is not required to repave the roads
in unincorporated towns, only to do routine maintenance, and roads in
these areas are old enough to need major repair in many cases. Opponents
of the initiative argue that roads should be paid for only by the
people who own property along them, not by the community at large.

Most of the funds would go to repaving
the main roads, which everyone uses and which therefore fall apart most
quickly. That makes good sense to us. If everyone uses the road,
everyone should share the cost and benefits of maintaining road safety.
Vote YES to take preventive care of these roads.

Issue 5B deals with the case of Crestview
Estates road repair. Residents of the local improvement district
Crestview Estates would pay an estimated $10,565 per household to repay
$871,000, which, with interest adjustments, would cost approximately
$1.3 million to pay back. According to County Commissioner Will Toor,
the repayment costs are top-end estimates, and the actual cost over a
15- to 20-year period may turn out to be significantly lower.

Proponents of the issue say the measure
is necessary because Boulder County is not required to repave roads in
unincorporated towns, only to do routine maintenance, and roads in these
areas are old enough to need major repair, in many cases. Opponents of
the initiatives argue that roads should be paid for only by the people
who own property along them, not by the community at large. Most of the
funds would go to repaving the main roads that everyone uses and which
therefore fall apart most quickly.

Vote YES to make sure these roads are maintained.

Ballot issue 5C asks voters to create the Boulder Rocky
Mountains Forest Improvement District for the primary purposes of
improving forest health and the reduction of wildfire hazards. The
ballot issue was proposed by the Boulder County commissioners but was
initiated by citizen recommendation and a citizen advisory team. To
date, no such district exists. The goals of the district would be to
save lives, protect properties, enhance the environment and promote
community in high-risk wildfire areas.

This ballot issue is stage one of a multi-stage process.
Voting yes simply allows the county to create the district and a board
of directors. Subsequent ballot issues will focus on funding
initiatives. Vote YES to support wildfire prevention and forest and community health.

Ballot issue 5D asks voters if the limit
on the number of consecutive terms served by members of the Board of
Directors of the Rocky Mountain Fire Protection District should be
removed. Currently, board
members are limited to serving two consecutive four-year terms. The
ballot issue is proposed by the Rocky Mountain Fire Protection District,
which was created three years ago when voters agreed to combine the
Cherryville and Eldorado Springs Fire Districts.

Members of the district propose the bill,
as they want to ensure that board members whose terms have expired can
continue to serve, provided no one from the community chooses to
challenge them in an election, which has not happened since the early
1990s. The passing of the ballot issue ensures that the district will
see consistent management and prevent vacancies on the board. Vote YES. 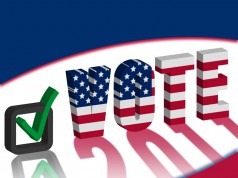