Boulder’s not the most diverse city. But a vote for this measure would
help Boulder take advantage of the expertise and insight of more of
its residents, who could be appointed to city commissions.

This
measure opens up the qualification to be appointed to city
commissions, removing the requirement that appointment candidates be
“electors” in the city. “Electors” in this case essentially means
citizens of the U.S. Appointees would still have to be at least 18 and
must have lived in Boulder at least a year.

Given
Boulder’s status as a hub for education, science and technology,
there’s a good chance Boulder’s missing out on input from some of its
best-educated residents.

There’s
very little reason not to vote yes on this measure. After all, city
council will still be making appointments, so this doesn’t allow for
less qualified candidates in any way. Approving this question only opens
up the pool the council can draw from.

Xcel’s claims on creating a municipal electric utility are wrong 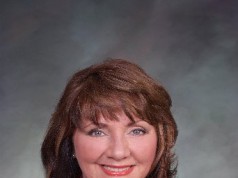