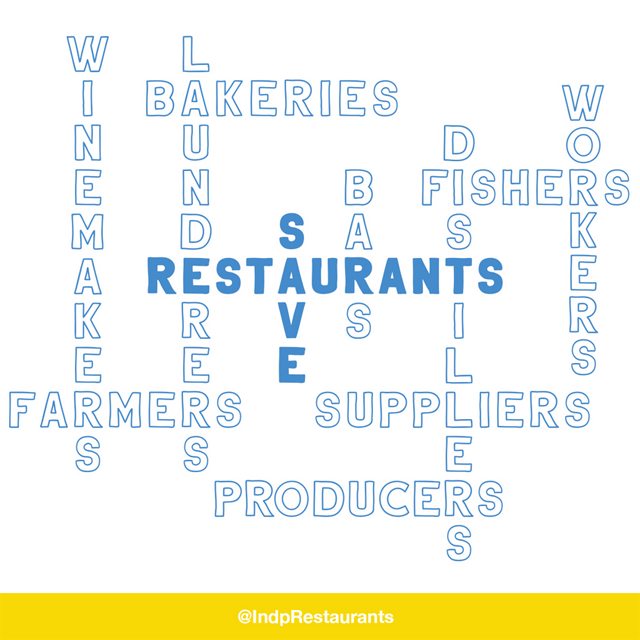 Here’s the price-tag to bail out the U.S. food industry following the massive disruption caused by the pandemic: $120 billion.

To start, at least.

On July 2, the newly formed Independent Restaurant Coalition (IRC), comprised of more than 215 restaurateurs, farmers, brewers, distributors and other pieces of the food supply chain, asked Congress to pass the RESTAURANTS Act, which would provide $120 billion to “small food and beverage establishments facing devastating financial setbacks.”

The bill was introduced on June 18 and has bipartisan support, including from Colorado Sen. Cory Gardner.

The IRC laid out the toll the pandemic has taken on the food industry in its July 2 letter: $1 billion of perishable goods were wasted within a week of dining rooms closing; wine sales dropped 67%; spirit sales dropped 75%; seafood sales dropped 80%; and meat processors were forced to euthanize animals.

The data shows how the closure of thousands of small restaurants affects every food-related industry up the supply chain; it’s why the IRC has the support of small business owners (like Bobby Stuckey), food celebs (like José Andrés and Andrew Zimmern) and food and beverage heavy hitters like Bacardi and Niman Ranch.

You can support the cause by sending a letter to Congress via a form on the IRC site: saverestaurants.com/take-action.