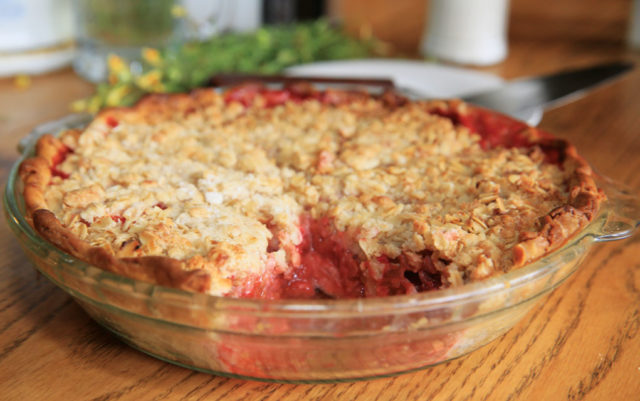 I was sitting at a busy Boulder restaurant with a bunch of folks, but I might as well have been eating alone. Everyone at the table — myself included — was looking at their cell phones. Some were texting the person sitting next to them, instead of making eye contact. Others were eyeballing the TV screens or listening to the pounding background techno music. The quite excellent fare on the menu was irrelevant as was the conversation, concerned with pretty shallow stuff.

I looked around and it was the same at most of the other tables …except for one happy, engaged group in the corner. They were having an intentionally device-free meal and their phones were stacked on the table.

It seems to me that we are increasingly alone. According to national surveys, restaurant visits per capita per year have been steadily declining. Formerly reserved for pizza and Chinese food, restaurant delivery services are booming along with eatery food pickup and drive-through. We are choosing to not go through the “hassle” of dining with strangers.

We mainly drive alone in cars. About 40 percent of Americans choose to work remotely some of the time, or spend most of the week outside the office. They don’t really work with others. FaceTime and GoToMeeting are not equivalent to face-to-face time.

There are other signs of withdrawal from civil contact. In many neighborhoods and towns, trick-or-treating was virtually nonexistent this year, replaced by parties of people who all know each other. Some order groceries online or have them delivered, so they seldom encounter the community they live in down the food aisles.

We live in larger houses where family members are not forced to interact. Family dinner with eye contact time is not what it once was with competing schedules and other distractions cutting the times when everyone is present. Compromise, sharing and respect are learned around the table, along with other handy human skills.

The net result of this lonely silo life is not positive for civility or supper. Studies show that the average American had 3.2 friends in 1990. They only have 1.8 friends today. That’s bad for the heart.

The news tells us every day just how polarized our cultural and political life has become with the rise of tribalism. When you only interact in cyberspace it’s easy to be mean, to bully. People don’t know how to disagree, and then go out for beer. If it were up to me, every high schooler would take debating, along with classes in civics and cooking.

Why bake it forward

This divide in our modern lives is not insurmountable, especially when it comes to food. Food bonds us. When there is a death in the family, what do we do? We bring food to comfort the living.

The act of feeding people is more than just an expression of affection. It’s good for you. Performing and witnessing acts of kindness produces oxytocin, which helps lower blood pressure and increases overall happiness. The brain’s pleasure and reward centers light up to produce so-called “helper’s high.” When you manifest kindness toward others, you are more likely to be kind to yourself.

Forming relationships, short- and long-term, are the meat of the matter. Enjoy a restaurant meal at a community table. Shop at an ethnic grocery store on a Saturday morning. Take a group baking class and find a treat to master and share. Volunteer for a food bank. Buy food directly from farmers.

For decades, my way has been the pie way.

Pie is a peace offering. Pie is meant to be shared. If another person shows up, you cut smaller, equal pieces of the pie. Pie is the food of our better angels. Present anyone with a fresh-baked pie and it transforms their day, but teach them to make pie and you enable them to pay it forward, pastry-wise.

Every year for several decades, right before Thanksgiving, I have attended Pie Night, a gathering at a rural Boulder County hall. Everybody brings a pie, and, after the feast featuring 50-plus pies, we clear the tables and musicians play old songs. An old friend and organizer described what makes Pie Night special:

“I think the best Pie Night is the one where every chair is filled, the tables are groaning with pies, and people are just-slightly-uncomfortably close to one another, like a big old-time family reunion. A little jostling makes the pies taste even better.”

In other words, there are no “others” at Pie Night. In this season full of gatherings, do yourself a favor and feed someone.

Moongate Asian Bistro has closed at 1628 Pearl St. I gave them a glowing review back when I was a dining critic and was especially fond of their Szechuan eggplant. … Mile High Pho is open at 1116 W. Dillon Road in Louisville. … Great news: Babette’s Bakery, one of Colorado’s best artisan bakeries, is moving from Denver to 2030 Ionosphere Street in Longmont in January. … After nearly 20 years on Pearl Street, the Cheesecake Factory is closing Dec. 29. … The venerable White Fence Farm in Lakewood will cease dishing fried chicken, mashers and hush puppies on Dec. 30. … Opening soon: Steakhouse 316, in the former Conor O’Neill’s space.

Ting’s Place, 1265 S. Public Road, was recently voted favorite Lafayette Chinese restaurant in the 2018 Best of Boulder East County. They dish all the Chinese-American favorites from sweet and sour chicken to twice-cooked pork, but deeper in the menu are some extraordinary treats. On a cold fall evening, I found a certain amount of bliss in a bowl of Malaysian curry laksa soup, a fiery coconut curry broth filled with vermicelli noodles, chicken and shrimp.

“This wasn’t just plain terrible, this was fancy terrible. This was terrible with raisins in it.” — Dorothy Parker in Women Know Everything!