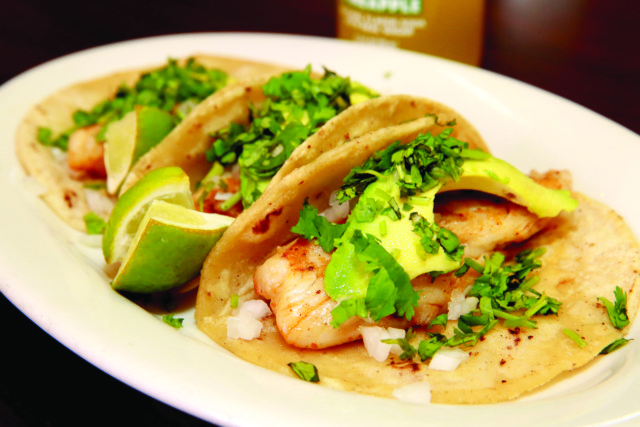 I love tacos. I love their simplicity. They are the perfect street food: easy to prepare, filling, messy, delicious.

This is no radical statement. It’s pretty clear the rest of the U.S. likes tacos as well, judging by the popularity of taco-slinging food trucks and Mexican restaurants. (One estimate says there were more than 54,000 Mexican restaurants in operation in the U.S. as of May 2014. That’s about 8 percent of the total U.S. restaurant landscape.)

Back in 2014, syndicated columnist Gustavo Arellano — the voice of “¡Ask a Mexican!” — spoke with Christian Science Monitor about the emergence of the taco in the U.S.

“Mexicans have been wrapping a tortilla around meat and eating it going back to the days of the ancient Aztecs, but the meal didn’t get into the United States [until] refugees brought it in during the Mexican Revolution,” Arellano told CSM. “Before then, most of the migration from Mexico into the United States came from northern Mexico. The taco wasn’t as popular there as it was in southern and central Mexico, and it wasn’t even called a taco until around the 1880s at the earliest.”

Speaking with Smithsonian Magazine in 2012, University of Minnesota history professor Jeffrey M. Pilcher explained why tacos are known as tacos. According to Pilcher, the origins of the word “are really unknown,” but he believes it can be traced back to the silver mines in Mexico where the word “taco” referred to small charges miners would use to excavate ore.

“These were pieces of paper that they would wrap around gunpowder and insert into the holes they carved in the rock face,” Pilcher said. “When you think about it, a chicken taquito with a good hot sauce is really a lot like a stick of dynamite. The first references [to the taco] in any sort of archive or dictionary come from the end of the 19th century. And one of the first types of tacos described is called tacos de minero — miner’s tacos.”

There’s also the theory that the word taco derives from the Nahuatl word “tlahco,” meaning “half” or “in the middle.”

But let us not quibble over the etymology of the word taco and simply rejoice in the fact that tacos made their way into North American gastronomy, and right here in Boulder we can eat a fine meal of tacos at Sancho’s Authentic Mexican Cuisine.

We’ve all been at the DMV on Iris Avenue and thought, “Damn, I really want a taco.” That’s because Sancho’s is right across the hall. Frankly, you could order a few tacos and leisurely eat them before they call your number — but this isn’t a column about the DMV.

Going back to where we started in this piece, simplicity is the key to a great taco and Sancho’s doesn’t deviate from this principle. The fish tacos come with thick slices of seasoned and sautéed white fish inside lightly grilled corn tortillas with wedges of avocado and diced onion and cilantro atop.

Sitting in the eatery’s quiet fenced-in patio, enjoying an order of fish tacos with one (or four) of Sancho’s homemade salsas and a large glass of agua de melón, it’s easy to forget all the angry rhetoric of this election season and just be thankful for all the culture we get to enjoy, not just here in Boulder, but across the nation. Sancho’s Authentic Mexican Cuisine. 2850 Iris Ave., Boulder, 303-440-0228.