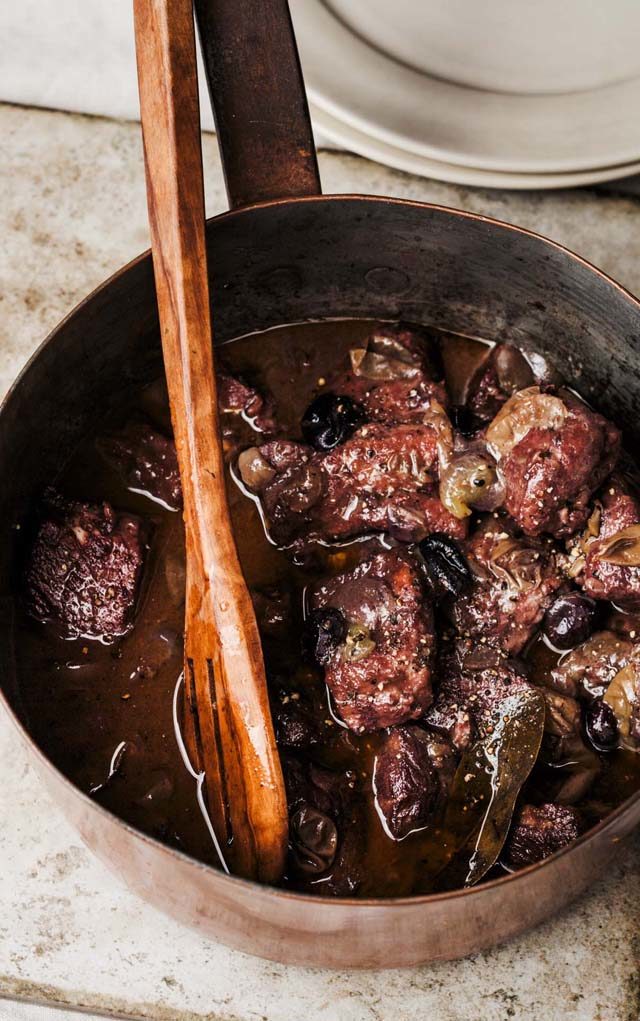 Katie Parla’s grandmother had told her that their family was from Naples. So when Parla moved to Rome in 2003, she took trips south to explore the city of her ancestors. She became convinced after several trips that the connection she felt to sprawling, robust, unique Naples was in her blood.

Then, after her grandmother passed, Parla learned she wasn’t from Naples after all. That was only her ancestor’s port of departure, like so many southern Italians in the early 20th century.

Looking back on the revelation, Parla writes in her new cookbook, Food of the Italian South, “We had no reason to doubt my grandmother and no one on her side of the family — especially not her upwardly mobile parents and grandparents — was particularly keen on preserving memories of the impoverished past they had fled.”

Parla learned from her grandmother’s documents that her family was from Spinoso, a remote village located on Italy’s ankle in the Basilicata region. And so it was that Parla began exploring the Italian south, partly to trace her family’s origins (for real this time) and partly because she soon found the region, so often outshone by other parts of Italy, had so much to offer: wide open pastures, a unique culinary tradition, and friendly people.

But on trips to the south, Parla encountered somewhat of a catch-22. The relative isolation from tourism in the region had preserved much of its culture and culinary traditions, but it also meant that communities were growing older and sparser, never replacing the people who had left decades prior for the U.S. and the rest of Europe, and not offering enough for young people to stick around.

“You have a sense this is very high stakes,” Parla says of visiting the region. “I’m baring witness to some sort of decline, and it’s overwhelming. A food culture is in decline because people are dying out and young people aren’t staying because there are no jobs.”

That’s what compelled Parla to document the food and culture she found from Basilicata to Calabria to Campania. In the resulting book (to be released March 12), she provides histories and recipes for regional dishes — fried polenta fritters, bean and chestnut soup, pasta with ‘nduja (a spreadable pork salami), swordfish rolls, anchovy and spring vegetable stew, country-style suckling goat, to name just a few — because the stories and recipes for those dishes may soon be lost otherwise, just as Parla’s true family history would’ve been lost had she never found her grandmother’s immigration documents. 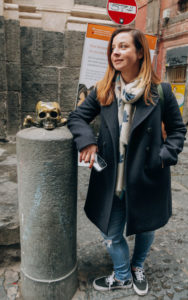 The dozens of dialects spoken in the region complicated Parla’s research in these remote, unique villages. She found that when she spoke Italian to gather stories and recipes, “people could understand it, but they responded in a dialect that was almost incomprehensible to me.”

Parla relied on local guides and translators to bridge those gaps, as villages 20 miles from each other can have completely different manners of speaking.

“But the way people tell you about themselves and their history, its something that’s pertinent,” she says, adding that those differences in language provide hints to how certain cultural tendencies and culinary traditions took root in the region. People in Puglia are always talking about their Greek influence, while people in Campania still call themselves Samnites, a pre-Roman culture, and Albanians have roots in Basilicata.

Though there are regional threads that bind the food of the Italian south, its unique histories vary from village to village, giving every community its own culinary story.

“There’s no such thing as Italian food,” Parla says. “There are thousands of subcultures.”

Parla’s route to writing a book about food in the Italian south was winding. She first fell in love with Italy, Rome in particular, on a trip with her high school Latin class. After that, she did “weird, Type A, overachiever things to put myself on a path to Rome,” like studying art history at Rutgers while still in high school during the summers, and following that up with a degree in art history from Yale. When she got to Rome, she wrote guide books, when “guide books used to be a thing,” to supplement her income, and gave walking tours of the city.

But she found her favorite part of the tours wasn’t sharing facts about ancient history, but plotting out little food maps for people after the tour was finished. Despite the fact that she’d “been actively trying to never write anything after college,” Parla parlayed that culinary interest into several books about Roman food.

Parla will bring several dishes from her new cookbook to a wine dinner at Frasca on March 25, but her hope is people will read the book and be inspired to explore the Italian south and support the people who are keeping its traditions alive. She says some food from the region is making its way over here, including ‘nduja, corbara tomatoes, and different varieties of beans, which may get into the U.S. via Central and South American producers. Still, there’s nothing like the real thing, Parla says: “I’m hoping people will go to Italy to eat mozzarella so they can see what it really tastes like. … I know that’s a big ask.”