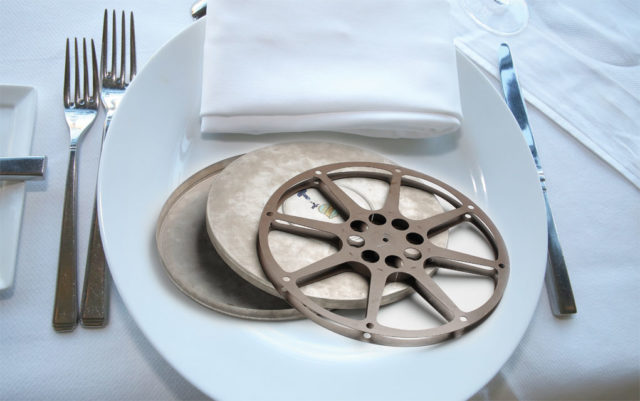 One of the Danish film’s key characters, General Lorens Löwenhielm, sums it up: “This evening I have learned, my dear, that in this beautiful world of ours, all things are possible.”

I never looked at dinner as just food on the table — or at cooks as mere makers — again.

The Academy’s 1988 Best Foreign Language Film is often named by chefs as their favorite food-centric flick.

“It captures the real pleasures of sitting at a table, a little bit drunk on good wine, eating incredible food. They just got it right,” said the late Anthony Bourdain.

Starting today, Boulder’s Flatirons Food Film Festival brings together a community of brewers, chefs, food-makers, farmers, activists and filmmakers for four days showcasing feature films, documentaries and shorts with expert discussions, unique dining and learning opportunities as well as a smorgasbord of great local foods to taste at every event. Saturday’s highlight is a heartfelt homage to Bourdain and Babette’s.

In its sixth year, the only multi-day food film festival in the U.S. opens Oct. 11 with a program made for Boulder, the epicenter of America’s craft brew renaissance. Besides a beer tasting dinner and a Downtown Boulder brew tour, the new documentary Brewmaster will be screened, followed by a panel discussion featuring homebrewing and Boulder beer festival legend Charlie Papazian.

On Friday, the festival screens Cuban Food Stories, a film about Cuban-born director Asori Sotos’ return to the island to rediscover the authentic flavors and food stories from his childhood.

The Saturday night Homage to Anthony Bourdain includes a tasting of international street foods, a showing of Babette’s Feast (including an introduction by Bourdain), and a discussion and Q&A with Bourdain’s biographer and his longtime Emmy-winning cinematographer.

Controversy has never been a stranger at this festival, which has tackled critical food issues along with providing appetizing entertainment. Sunday’s lineup starts with an 11 a.m. farm animal tour at Boulder’s Cure Organic Farm and an Eating Animals Brunch at River & Woods with a discussion of the ethical dilemmas of eating meat led by Paul Willis, a founder of Niman Ranch.

Two agricultural documentaries will screen Sunday afternoon. How We Grow profiles young farmers in Colorado’s Roaring Fork Valley who are learning to raise sustainable food for their local community. Eating Animals is a clear-eyed examination of the problems that come with modern industrial agriculture.

The annual gathering concludes naturally with baked goods. A tasting of cakes from Lucky’s Bakehouse and Ramon Jose Culinary Creations is followed Sunday night with a viewing of The Cakemaker, an international drama involving death, love and pastries, at the Nomad Playhouse.

Lately, I’ve watched the final episodes of Parts Unknown, but it’s gut-wrenching. It’s just a tragedy that Anthony Bourdain’s walk through this beautiful world is over.

Natural foods markets’ refrigerator cases are overloaded with ready-to-drink tea/coconut water/juice variations with various claims, but 8th Wonder Superfood Teas actually pack a functional punch. Sure, Rooibos Red Vanilla Tea is mild and easy-sipping and the Ashwagandha Apple Chai is tasty, but Ginseng Passion Green Tea boasts the bite of fresh ginger. The most in-your-face flavor is Yerba Mate Cayenne. If you want to warm up before exercise or are simply facing a chilly day, this one melds herbal caffeine, banana, coconut and lemon with a thermogenic dose of chile pepper. It is not a subtle taste. The Boulder-made beverages are organic, non-GMO, fair trade sourced and organic sugar- and stevia-sweetened.

“When he began to eat pie, he wished he had eaten nothing else. He ate a piece of pumpkin pie and a piece of custard pie, and he ate almost a piece of vinegar pie. He tried a piece of mince pie, but could not finish it. He just couldn’t do it. There were berry pies and cream pies and raisin pies, but he could not eat any more.” — From Farmer Boy by Laura Ingalls Wilder

John Lehndorff is the former Dining Critic of the Rocky Mountain News. He hosts Radio Nibbles on KGNU (88.5 FM, 1390 AM, kgnu.org. Podcasts at:  news.kgnu.org/category/radio-nibbles.