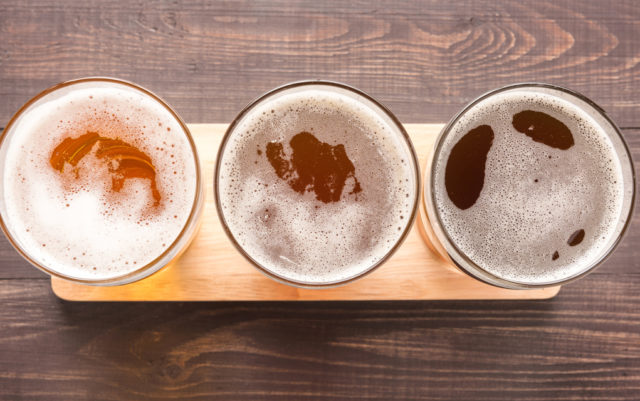 When it’s come to advocating for change at the highest levels of government during this pandemic, the Boulder County food scene has played a significant role.

First, local restaurateurs, including Frasca’s Bobby Stuckey, helped create and lead the Independent Restaurant Coalition, which is, in essence, the first group providing nationwide representation for the thousands of small, local restaurants in this country that employ millions of people.

Now, Boulder’s Brewers Association (BA), the trade group that represents the nation’s craft brewers, is getting involved with lawmaking too.

Congress is set to approve a new pandemic relief package this week (as of press time, it was all but imminent), and it includes a clause pushed by the BA that’ll go a long way toward reducing some financial burdens on small brewers.

The clause makes permanent the Craft Beverage Modernization and Tax Reform Act, which has reduced federal excise tax rates on small brewers, saving the industry about $80 million annually since it was first passed in 2017. The help comes just in time.

“Like other small businesses, many small breweries, brewpubs and taprooms have been devastated by the economic fallout from the COVID-19 pandemic,” said Bob Pease, president and CEO of the BA, in a statement. “This legislation and programs like the Paycheck Protection Program are vital lifelines to help small brewers weather this unprecedented health and economic challenge.”

The BA says it had bipartisan support for making the tax rate permanent in Congress. The trade group has lobbied for the change for more than a decade, but, as with many issues, the pandemic added new urgency. Before March, craft breweries represented a large segment of the economy that’s been growing year after year. About 25,000 brewery jobs were created in the last two years, for instance.

The tax change also creates a little more certainty for breweries at a time when finances are anything but. By locking into this federal tax rate, brewery owners can better plan capital investments, which is no small deal in an industry where buying a few new tanks or outfitting a taproom for post-pandemic times can come with a steep price tag.

Research from the BA indicates a significant portion of breweries are concerned about making it through the winter, as one might imagine. But as these breweries try to see the light at the end of the pandemic tunnel, it’s little glimmers of hope like this stimulus package that might give them enough of a boost to make it through.

“We strongly believe that America’s small-brewing industry can return to its incredible growth and vitality, but we need to get through these immediate challenges,” Pease said. “This bipartisan legislation will help our members do so, and we deeply appreciate Congress recognizing this.”