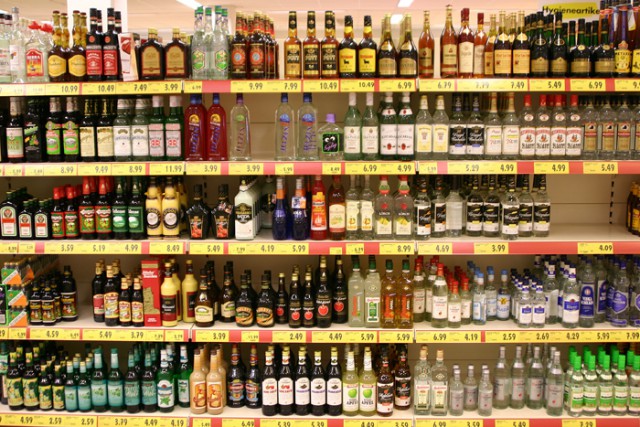 There is a fight brewing that could become one of the biggest ballot issues in 2016.

After failing five times to get legislative approval for sales of full-strength beer and wine in the last decade, grocery stores are attempting an online petition aimed at getting the issue on the statewide ballot in two years.

Let’s dig into both sides of the issue.

The argument for “Let’s do it”:

Major grocery chains say Colorado is outdated when it comes to alcohol sales. Its laws have existed since the repeal of the Volstead Act in 1933, and only issuing one liquor license per company for full-strength alcohol sales is out of step with today’s modern marketplace. There were no King Soopers or Safeway chains with multiple outlets back then, plus 3.2 ABV beer is a relic of a more reactionary past. Big-box retailers say this is anti-free market.

The effects could be seen when Colorado voters approved Sunday sales by liquor stores in 2008. Grocery stores experienced a loss of 66 percent of their beer sales according to data from national market research company IRI, showing the system is unfair to grocery stores.

“How is it fair that liquor stores have a government supported monopoly? We are frozen out of a market our customers ask for,” one local Safeway manager that commented on condition of anonymity told Boulder Weekly. “Let consumers decide where they want to shop.”

This side also argues that when the grocery chains can sell full-strength beer and wine in all of their stores, prices will go down due to the competitive nature of the market.

But grocers say it is also about consumer convenience.

“In the one King Soopers with a liquor licence in Glendale, they sell tons of beer and wine with sales growing each year,” says Chris Howes, president of the Colorado Retail Council that represents grocery stores. “In a state as progressive as Colorado, with a thriving craft beer scene, it’s wrong that you can not buy local beer where you buy your groceries. This law is a relic of the past.”

In the past five years Arizona, Washington, Massachusetts, Tennessee and Delaware have changed various blue laws, such as Sunday alcohol sales, with numerous other states debating them. Only 11 states still have laws keeping alcohol sales out of grocery stores and advocates say Colorado liquor regulations should join the 21st century.

The argument for “Keep it the way it is”:

Colorado has become the Napa Valley of craft beer: the Brewers Alliance is headquartered here; the largest beer festival in the world, the Great American Beer Festival, is an annual event; and we are rapidly approaching 300 licensed breweries in the state. Those that want to preserve the status quo will point out that the existing laws are a primary reason for the success of craft brewing in Colorado.

“There is no reason that a state with just 5.3 million residents has so many breweries; we are on par with the West Coast states and they have a lot more residents,” says John Carlson, president of the Colorado Brewers Guild. “The access to market is crucial to any new brewery. In states where the chains dominate, little guys can not get into the store, and every brewery here was once that little guy.”

Instead of Colorado microbrewers dealing with faceless buyers in another state that decide what products to carry based on national market research data, decisions are made at store level by a small business owner. These local business owners have roots in Colorado and often an affinity for local producers.

“I can walk into a store and talk to the owner,” says PT Wood, co-owner of Wood’s High Mountain Distillery. “That is crucial to my success. If the owner likes us, he will talk our brand up and hand-sell it — chains never do that.”

In contrast, the space in grocery stores is limited and every square inch has a price to it. Grocery chains cannot afford to wait for a brand to develop — new products need to sell immediately or get eliminated.

“The only reason you see our full lineup of beers in so many stores is because the liquor store owners are so dedicated to Colorado beer,” says Matt Fowler, founder of Upslope Brewing. “We currently are in a few other states in large chain stores and it’s a battle to get them to carry more than two of our products; the beer cooler is tiny compared to what you see across Colorado.”

Traditionally, large brands often get to set up the layout and flow of a beer cooler in larger stores. The two largest beer companies in America are Anheuser-Busch and MillerCoors, so they are the ones who often have a large influence on what beers have the most prominent placement, or get space in the beer cooler door. Understandably, these companies will seek to increase their own domestic beer placements, and as you see multiple package options from Coors Light fill the cooler, something has to give — usually that’s craft beer. You see this dynamic at play when you travel to other states and see 10 different Bud Light packages but only three New Belgium beers.

Then there’s the issue of minors.

“Alcohol is a controlled substance, it’s not green beans or frozen pizza, therefore it needs heightened awareness when being sold,” says Jim Dean, manager of Hazel’s Beverage World. “Currently you have to be 21 to enter a liquor store unaccompanied, you have to be 21 to sell and handle alcohol. What happens if the law changes?”

In 2013, when a bill was put to the legislature to allow grocers to sell full-strength beer and wine, it also included changes to the law to allow 18-year-olds to sell alcohol. That’s a problem according to liquor store owners.

“We heavily monitor our customers. To sell to a minor would cripple us, but not so much a grocery store,” says Dean.

Lastly, many argue that it is inevitable that a large percentage of independent liquor stores would go out of business if the law were changed. They could not compete if they lost a significant amount of their sales to chains. These are businesses that are owned by Coloradans, people that reinvest their moneys in the state, if they lose their store who does it benefit?

“The profits from sales will leave the state instead of staying here,” says Fowler. “The real question is does convenience trump all?”

This is sure to be an issue that will come to the forefront in the months ahead. What the final outcome will be, is up to Colorado residents.