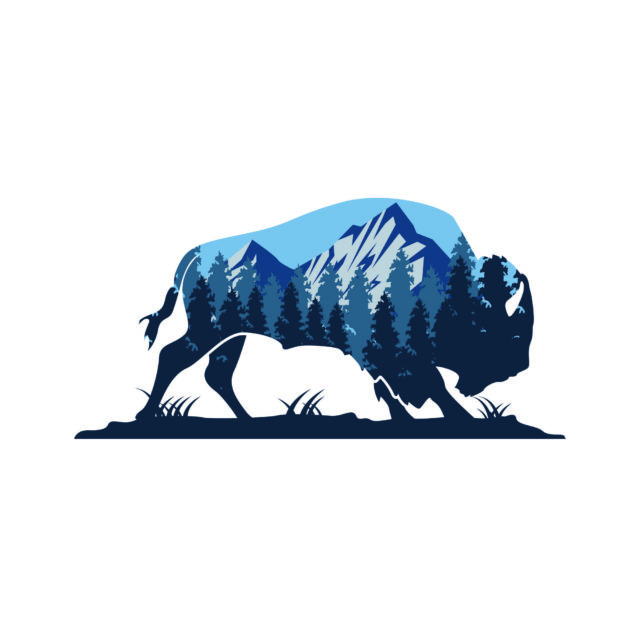 It’s hard to miss the buffaloes in Boulder. Everywhere you turn there are business names and large-headed animals on beer cans, signs, T-shirts, the University of Colorado and numerous menu items.

There is a catch: The animals are bison, not buffalo. They are separate species but the names are used interchangeably. Water buffalo are the source for the rich milk that makes genuine fresh mozzarella so wonderful. There is a reason you don’t see bison cheese. Notoriously cranky bison are not an animal that you want to try and milk.

Ironically, by the time Boulder was being born in the 1800s the immense bison herds had been systematically slaughtered with the intention of destroying the resources and culture of the Plains’ native peoples.

The most famous “buff” in Boulder is Ralphie — actually, a series of five female bison over the years. Thanks to Ralphie and nationally broadcast football games from Folsom Field, Boulder is ID-ed nationally for two things: buffalo/bison and its mountain backdrop… well, those and beer, pot, herb tea and Mork).

The current Ralphie — “V” — retired Nov. 23 as CU’s live mascot after 12 seasons but didn’t run the field, which made PETA, People for the Ethical Treatment of Animals, happy. They want CU-Boulder to stop using live animals as mascots. By the way, the Ralphies never lived in Boulder because of the cost of living. They dwell on a secret Colorado ranch.

Getting to know bison: If you want to learn more about Colorado’s real connection to bison, visit “Celebrating Our National Mammal: America’s Last Wild Bison.” The exhibit on display at the Museum of Boulder through January 12 includes photographs, artwork and writings about the history of America’s bison, who once numbered 60,000,000. Also showing is the film Our National Mammal, directed by Thia Martin.

It’s what’s for dinner: Often categorized as “game,” bison has a mild, sweet taste, similar to lean, grass-fed beef. Bison contains much less fat than beef so it should never be overcooked. A good source is the family-run Sunrise Bison Ranch (sunrisebisonranch.com) in Ramah, which offers bison jerky, steaks, bratwurst and ground bison at the Boulder Farmers Market. They will be at the Market’s final event, the Winter Market Dec. 7 and 8 at the Boulder County Fairgrounds in Longmont.

Bison on the menu: If you want to taste for yourself, bison is on the menu in Boulder. Colorado-raised bison burgers are available at the Boulder Cork, West End Tavern and Mountain Sun Pub. Grilled bison filet mignon is dished at Steakhouse No. 316 and ground bison pasties are at Shamane’s Bake Shoppe.

Other bison dishes available locally include:

Where the buffalo do roam: If you want to see some of Colorado’s 12,000 bison (according to the Westminster-based National Bison Association), you have two choices. Many locals and visitors head up to the Buffalo Herd Overlook on Interstate 70 at Genesee Park, get out of their cars, and get disappointed because the bison decided to lunch elsewhere. Instead, take the next exit, Chief Hosa, and follow signs to a back pasture where the herd often hangs out in the early morning and late afternoon.

At Rocky Mountain Arsenal National Wildlife Refuge near Commerce City you can potentially have a close encounter of the third kind. Inside a fenced preserve you can enjoy a self-guided, 11-mile drive where the bison herd lives and sometimes block the road. Believe the sign at the Refuge: “Bison are wild, unpredictable animals — do not try to attract their attention.”

Congratulations to Boulder County farmer Gregory Alan Isakov, who has been nominated for a Grammy Award in the Best Folk Album category for “Evening Machines.” … According to Boulder Valley School District policy, students are fed lunch regardless of their meal account balance. However, many students build up meal debt that they struggle to pay. Consider making an end of the year donation to the District’s Meal Debt Project. food.bvsd.org/meals-nutrition/meal-accounts … The new Forbes list of the 50 best American vegetarian restaurants includes Root Down and Linger in Denver. … Plan ahead: In 2020, Slow Food Nations will be cooler when it moves from summer to Sept. 11-13 in Denver.

“I come from a family where gravy is considered a beverage.” — Erma Bombeck