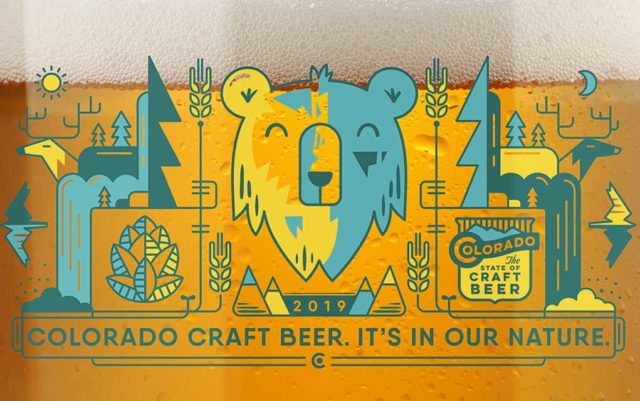 From March 16-23, Colorado breweries will celebrate the state of craft beer with the seventh annual Colorado Craft Beer Week, a celebration of all suds independent.

But there’s an international twist to this year’s festivities, instigated by the infamous drinking day that marks every March 17: St. Patrick’s Day.

For those not raised Catholic, or those who dozed off during Sunday school, Patrick was a fifth-century missionary who brought Christianity to Ireland and drove the snakes from the Emerald Isle. But, since no snakes resided in Ireland, that’s probably a metaphor for the druids. A bit of St. Paddy’s trivia to drop at the bar: the feast of St. Patrick falls on March 17 because two arguing sects could not compromise on which day Patrick was born: March 8 or March 9. The decision, add the two together and celebrate then.

As tradition demands, green beer (typically light lager with green dye) and Guinness dominate glasses on March 17, but Left Hand Brewing Co. has thrown their dark ale in the ring with the campaign #AmericasStout to position Nitro Milk Stout as a local alternative. Additionally, Left Hand will be running milk stout specials and holding a nitro-beer-pouring contest, Pour Hard, at their Longmont taproom all afternoon long.

Regardless of the stout they pour on Sunday, though, Coloradans will have plenty of places to fill their mugs. Heck, you can even down a few after taking a stroll with your pooch around Boulder Beer Co. as Colorado’s first craft brewery puts a canine spin on the gone-but-not-forgotten Conor O’Neill’s’ World’s Shortest Parade with The Puppy Parade. The parade starts at 1 p.m. at the brewery, and if you donate $5 to the Humane Society of Boulder Valley, Boulder Beer will hand you a beer on them.

Then on Wednesday, March 20, Colorado Craft Beer Week celebrates its centerpiece event: Colorado Pint Night. Buy a pint at any participating brewery, and you get to keep the commemorative glassware illustrated by Shawn Nielsen. Drinker beware, these glasses go fast, so if you’re looking for a day to leave work early, make it Wednesday.

For more events and special tappings throughout the week, check coloradobeer.org for a list of participating breweries. There you will also find information and tickets for The Big Reveal, the inaugural closing event that gives drinkers a chance to play beer judge.

Held at the underground Gallery Bar at Denver’s Union Station on Saturday, March 23, ticket holders will blindly taste 20 of Colorado’s traditionally brewed India pale ales, voting for their favorite as they go. After tasting and voting is complete, Colorado’s undisputed best IPA will be awarded, and you can either pat yourself on the back for contributing or cry shenanigans and demand a recount. Or maybe just quietly and politely tell your neighbor that you thought number 17 had a better hop profile. Either way, there’ll be plenty of Colorado craft on tap March 16–23. Sláinte.