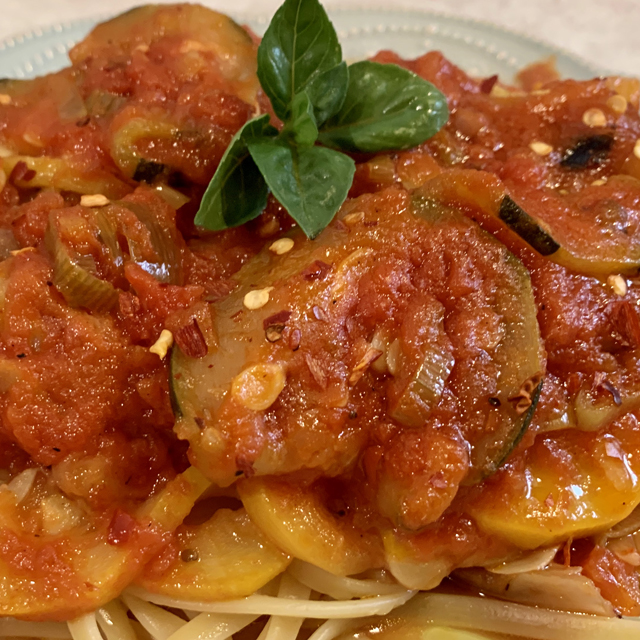 One of the joys of home gardening is being able to plant zucchini, yellow squash and the like. They’re easy to grow from seed, the plants are resilient and the crops they produce can get massive, so you’ll feel like you at least nailed one thing in your garden. Plus, you can stuff, fry and eat the zucchini flowers.

But you can take any guesswork out of the process by sourcing your zucchini and yellow squash from a local farmer. I found unblemished crops of all shapes and sizes at the Oxford Farms stand at the Longmont Farmers Market recently.

Prepare zucchini and yellow squash by grilling (I like to marinate them in balsamic vinegar before they get heat), steaming or sautéing. But they’re also great pickled and they provide pleasant texture in stews, sauces and soups.

If you have either or both in your garden, you know it’s boom times for zucchini and yellow squashes. If you don’t, Oxford Farms is a good place to start. Either way, go get ’em while the getting’s good.

Bigger is not better

You’ll be tempted to grab the massive zucchini and squash on display at any farm stand where they’re available, but try to resist. You may get more mass for your buck, but the taste, texture and pliability of smaller crops are hard to beat.

Smaller varieties also make preparations like pickling and salting easier, and in recipes like ratatouille (see below) the innards of your squash and zucchini slices are more likely to retain their structure if their diameters are smaller.

Since zucchini and squash started showing up on farm stands this year, ratatouille has become a staple in the dinner rotation in my house.

Start by preheating your oven to 400 degrees. Peel the zucchini (you don’t have to, though; I like a hybrid striped peel to maintain structure) and the yellow squash, which I peel just to take the outside rind off — the rind is thick so it’ll maintain its texture while cooking. Slice them thin, about a quarter-inch, and heat butter and/or olive oil in a Dutch oven on the stove.

When the butter melts, throw in the zucchini and squash. Feel free to throw in sliced garlic or leeks (which I got from Oxfarm Farms as well). Eggplant works in this, too.

Stir frequently, adding salt and pepper as you go. Dump in a 15-ounce can of crushed tomatoes — though add more or less depending on how many zucchini and squashes you have. You want enough tomato to barely cover what’s in the pot, but not so much it becomes soupy or saucy.

Stir for about five minutes more, put the lid on the Dutch oven and throw it in oven for 40-45 minutes. The tomatoes will concentrate and integrate with the zucchini and squash. It’s kind of magical, actually. Take it out and eat as a side, top on pasta or polenta or atop toasted baguette slices.

If you’d rather eat local yellow squash and zucchini than read about it, head to Organic Sandwich Co.’s Boulder and Louisville locations. In celebration of National Sandwich Month, OSC is selling a squash sandwich. It’s got roasted pattypan squash from Boulder’s Kilt Farm, along with red onion, gruyère cheese, white Cheddar and garlic aioli. It’s all compiled on grilled French country bread. OSC is a masterful composer of vegetarian sandwiches, so this one’s likely to hit the spot.