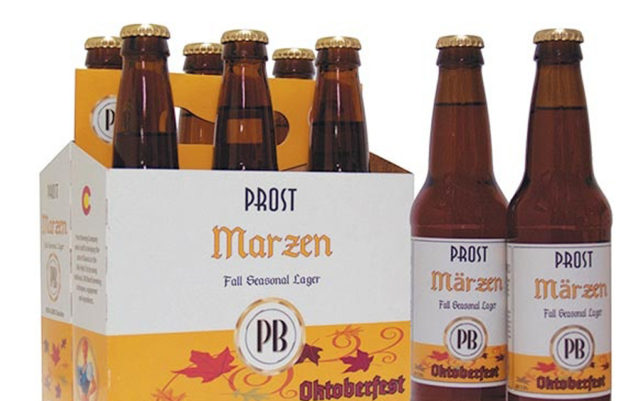 I’d argue that autumn is a super season, at least when it comes to food and drink. What we eat and drink this time of year evokes memories more easily than what we consume in other seasons. This is the time of year we dust off crock pots and Dutch ovens for soups and stews, filled — at least right now — with the remaining harvests of our local farms. This is when we flock to orchards for fresh-picked apples, and when we scoop out globs of pumpkin seeds for roasting. We drop cinnamon sticks in hot cider, and warm up chocolate with piquant spices.

Autumn’s holidays — Halloween, Thanksgiving and Oktoberfest (it’s a holiday if you close your eyes tight and believe) — are centered around the feast. Sure, each have found a culinary groove — Halloween is imbued with junk food; Oktoberfest is for malty beer and pretzels; and Thanksgiving has its own well-oiled traditions — but those machinations only serve to deepen the connections between our palates and fuzzy fall memories.

Indeed, anecdotal research would indicate the word “seasonal” with regards to food products must’ve cropped up for the first time in fall. It’s a slam-dunk for chefs, restaurants and, for our purposes, brewers, to incorporate the warm, savory and comforting flavors of this season into their products. And those who don’t, do so at their own peril — the appetite for fall-flavored everything is ravenous (and I’m certainly not just talking about pumpkin spice). I’m heartened that in these divided times, it seems like we can all at least agree on fall. The cool weather, the smell of crabapples on wet leaves redolent of schooldays past, warm spices baking in the oven, and delicious beer… who could argue with any of that?

Certainly not the brewers of Boulder County. In the midst of several Oktoberfest celebrations (head over to Longmont’s at Roosevelt Park Oct. 5-6), I reached out to brewers around the county to see how they’re ringing in this sensational season; because of all the food fall brings, it’s hard to find fault with its beer.

Twisted Pine knows what it’s doing. The brewery elevates the seasonal with two brews that both excite the palate and comfort the soul. The fall classic, Mr. Brown’s, is a brown ale with well-apportioned pumpkin spices (allspice, cinnamon and nutmeg). It’s topped off with a hint of agave nectar and served with whipped cream.

The Sexi Mexi is an amber lager that “originated in Vienna before emigrating to Mexico,” Olbrich says, managing to fit in toasty flavors with light, bright citrus.

At the Avery compound, brewers and bartenders are going through kegs of The Kaiser, an Oktoberfest lager that packs a punch on the palate, but manages to dissipate by the time it reaches your stomach, so you keep going back for more. Winner of several Great American Beer Festival awards, Avery wisely brought The Kaiser back from retirement this year, and we’re all thankful to be able to sip its massive malt, which comes across on the tongue like a nutty loaf of bread.

“My favorite part of brewing Kaiser is the smell it creates in the brewhouse,” says Josh Rapp, Avery Brewing’s brewhouse manager. “It smells like we’re making candy around the brewery on Kaiser day and the dark red color of the wort reminds me of cherry juice.”

Of course no discussion of autumnal beer would be complete without checking in at two of the region’s best German-style producers — Wibby Brewing and Prost Brewing.

Wibby held its own Oktoberfest earlier this month, tapping massive amounts of Wibtoberfest. Brewer Ryan Wibby calls it “an amazingly beautiful beer to look at,” but it’s also delicious to drink.

“It has a deep copper hue, a bready malt aroma, well-balanced and -layered flavor and is super drinkable,” he says.

I had the chance to sample Prost’s Märzen a few weeks ago during a tap takeover at the Rayback Collective. This is the Oktoberfest brew I reach to most often — it’s super-drinkable, with just the right amount of structure and roasty notes from malt. Prost brings all their ingredients — except for the water — in from Germany, including Munich, Vienna and Caramunich malt and Hallertau Mittelfrüh Monastery hops that provide just a hint of flowery crunch.

Stateside, again, we’d expect no less than perfection from Liquid Mechanics, and it delivers with its Märzen. Owner Davin Helden points out that Liquid’s take on the seasonal brew won silver at this year’s 2018 U.S. Open Beer Championship, the third largest beer competition in the world.

“Our Märzen is a malty, amber beer that has a hint of sweetness, but the bready, toasty malts lead to a moderately bitter and dry finish,” Helden says.

And then there are Mountain Sun and Upslope, master purveyors of basically every single variety of beer you can dream of. John Fiorilli at Mountain Sun points out that what makes their pumpkin beer glow is the addition of real pie pumpkins. Because those pumpkins aren’t available until late October, Mountain Sun won’t release its seasonal until around Thanksgiving — good, we say, because by then we’ll have exhausted every other seasonal around.

Upslope’s Pumpkin Ale is hard to beat — if you’re averse to pumpkin spice but curious to see what all the fuss is about, this is the one to try. Organic baby bear pumpkins and a custom blend of six spices lead to a beer that’s remarkably drinkable at 7.7 percent alcohol by volume, and has Upslope’s characteristic straight-forward texture and flavor.

Now, that all said, if malty lagers and ales aren’t your thing, check out New Image Brewing’s East Coast Transplant. This Vermont-Style double IPA has four kinds of malt, four kinds of hops and English Ale Yeast, which leads to a hoppy but smooth brew that’s hazy and will remind you of days spent plugging maple trees for sap even if you’ve never done that in your life.

If all else fails, I recommend just stopping in at Bohemian Biergarten for a selection of Europe’s best seasonal beer, available by the half-liter, liter or boot.