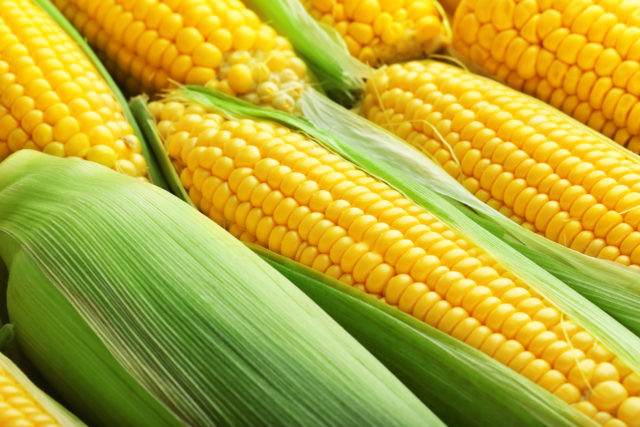 For true believers, corn comes slathered with anxiety and an expiration date.

On the way back from swimming at the pond with us kids, my mother always stopped at a specific farm for the sweetest sweet corn. It was special because they picked corn all day, not just in the morning.

We had to get it home fast, shucked and into salted boiling water and rolled over a pound of butter. My mom became “Hot Rod Rosie” and sped home.

It was as if the ears were labeled: “Best eaten by 6 p.m.” and the pleasure encased in those yellow and white kernels would disappear like a wisp of smoke in a breeze.

People have been appreciating corn in this area for a long time. Research suggests that maize (corn) and squash were brought to the Colorado Plateau by immigrants from the south about 1000 to 2000 B.C.E. Now the state is known for Olathe and other varieties whose sweetness seems impervious to time or refrigeration, but Mom was still right. The sooner you eat corn after it’s picked, the better it tastes.

However, she was wrong about the boiling water and the salt.

First, when you pick up a dozen ears at the farm stand or market, be sure to go through the corn-buying ritual. Look for green outer husks, lots of silk and firm kernels when you peel it back a little. Pick the heavy ones.

Great corn requires only a minimal amount of cooking, but the technique matters a lot to the final taste. So don’t boil them in water. That can harden the kernels, as does adding a bunch of salt to the water. Salt it when you’re ready to eat it.

To Grill Corn: Preheat your gas grill. Shuck the outer leaves and silk, leave the inner leaves to help retain moisture, and roast the ears for about 10 minutes, rolling them frequently. When grilling naked cobs, brush first with vegetable oil before grilling 8 to 10 minutes. Serve immediately.

To Steam Corn: Add an inch or so of water to a big pot and a steamer basket. When the water starts to boil, add the shucked ears, cover the pot and steam for about four minutes. Serve immediately.

To Microwave Corn: Corn on the cob cooks remarkably well in a microwave as long as you don’t overzap it. It works best if you cook un-shucked ears for about three minutes. Remove, cool slightly, shuck and serve the ears immediately.

To Make Cooler Corn: Clean out an insulated cooler. Add about a gallon of boiling water and a dozen or more shucked ears. Close the top and about 20 minutes later, “Voila!” The corn is cooked and will remain warm in the cooler for quite awhile.

To Make Coal-Charred Corn: You have to wait until your charcoal fire has become just hot coals, but it’s well worth it for the flavor. Pre-soak unhusked corn in salted water and then place the ears directly on the hot coals. Turn them for about 10 minutes, husk and serve immediately.

To Make Butter-Poached Corn: This may seem excessive, but if you like buttered corn this is the supreme technique. First, melt two or three pounds (or more) of good unsalted butter. Add shucked ears of corn or cobb-ettes to barely simmering butter. Cover and cook for about six minutes. Serve immediately. About the butter: You can either poach other foods in it—chicken breasts and lobster tails come to mind—or strain the corn-accented butter and use it for baking and saute-ing.

(Use fresh Boulder County corn on the cob to make  the Zolo Grill’s famous jalapeno corn soup. See the recipe in Cuisine.)

87: That’s the percentage of consumers who say they prefer reading menus on paper versus scanning QR codes, according to a national Technomic survey. More than 55% said digital menus are hard to read on a phone.

Dogs at the Table

Comments—both very pro and very con—are pouring in from readers and folks who work at Boulder County eateries about whether dogs should be allowed to dine in restaurants. Send your opinion to me for an upcoming column at: Nibbles@BoulderWeekly.com

“Roasted in the husk in the hottest possible oven for forty minutes, shucked at the table, and buttered and salted, nothing else, it is ambrosia. No chef’s ingenuity and imagination have ever created a finer dish.” —From the 1964 novel Murder is Corny by Rex Stout