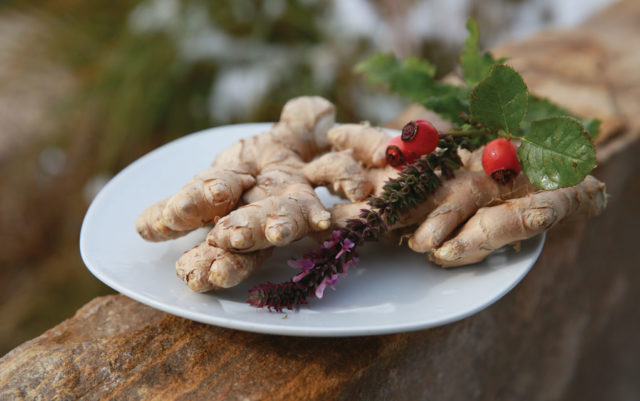 You wouldn’t know it now, but beets used to be bad. Several generations of Americans absolutely loathed beets.

“I always avoid eating them,” Barack Obama, then President-elect, told the Associated Press.

Less than a decade ago this ugly duckling slowly became a hot superfood. Beyond juices and smoothies, beets in various hues are now what’s for dinner with roasted beet salads, beet chips and vegan wine tasting menus featuring beet tartare. Beet greens are pushing aside that former garnish, kale, because they taste a lot better. And, seriously, a recipe for roasted pecan beet dip just popped up in my Facebook feed.

I was not a beet hater, having grown up on Harvard beets. Mom took pickled sliced beets, thickened the liquid from the jar or can with a little cornstarch and served them warm. Essentially, it makes this delicious, crimson sweet and sour sauce that’s also great on roast pork. However, I drew the line there, root-wise, until my palate got more adventurous, and I tasted bliss in butter-poached turnips and an angelic celeriac soup.

My parents’ and grandparents’ generations highly prized all the major roots because they were affordable, highly nutritious with lots of vitamins and fiber, and some of the few fresh veggies available in the winter. Older cookbooks are chockablock with recipes for serving them roasted, mashed, fried and stewed.

If you like beets, you just might love their underground relatives and rhizomes and the greens growing out of them. These cheap buried pleasures include yuca, parsnips, rutabagas, kohlrabi, Jerusalem artichoke, radish, ginger, horseradish, jicama, turmeric and celeriac. You just have to get over the fact that they look like something served to the Romulans in a starship galley on Star Trek.

Most folks who turn up their noses at these roots have usually never tasted them, or, at least, not had them properly prepared. Smaller or “baby” roots are milder tasting and most tender. Try boiling chunks of roots until soft and mashing them simply with butter.

While baby beet greens are tender enough to go directly in a salad, most other root greens (turnip, parsnip) require some cooking in a fat (like butter, coconut oil or bacon fat) and broth.

My favorite thing is to roast a mix of peeled turnips, parsnips, beets, yams and onions brushed with oil or in the same pan with turkey, pork or other meats. Their sweetness and flavor really emerges when they spend enough time in a hot oven.

Colorado produces tons of underground vegetables, especially potatoes and onions, but most of beet harvest is used to make sugar. Get to the final farmers markets and stock up for the winter on locally grown roots.

Celeriac: Also called celery root, it is among the least attractive members of the vegetable kingdom. However, the interior of the brownish, knobby bulbs has a light, sweet celery flavor and parsley-like aroma. It takes some work washing and peeling but it is worth it. Slice thinly and serve with a simple vinaigrette. Celeriac can be roasted and adds a great flavor to soups and cheesy potato side dishes.

Kohlrabi: Turnip-shaped and knobby, green or purple kohlrabi tastes like a turnip with an advanced degree. It is crisp, delicate and slightly sweet, and tastes more like broccoli and less an earthy root. Grate or shred it for coleslaw or slice thinly and steam or stir fry.

Parsnips: The Romans considered parsnips an aphrodisiac, but that belief lay more in the shape than any medicinal effect. The light-colored carrot-like roots have a milder taste than most turnips and develop a distinctive sweetness when roasted.

Rutabaga: The marriage of cabbage and turnip created the rutabaga (or “swede”) but nobody in the family likes to talk about it. More nutritious per ounce than turnips, this easy-peeling root has a pleasant golden color when cooked and mild, cabbage-y flavor.

Turnips: The purple-topped root is white inside with a distinctive, earthy flavor that is milder in baby turnips. Slightly bitter turnip greens, like mustard greens, are nutritional powerhouses but need to be cooked — boiled, steamed or more popularly, simmered with bacon.

Yuca: Also called manioc and cassava, yuca (YOO-kah) is one of the most popular vegetables in the world but it has been largely ignored in the U.S. Peel off the thick, brown skin and cook the large, white, starchy root as you would potatoes in stews or fry them in rounds. Do not overcook or they get, well, yucky.

According to Google Trends data, avocado toast interest began slowly dropping off since its all-time high in online mentions in May 2017. It has reportedly been replaced by sweet potato toast: curry flavored on rye and maple-sweetened on raisin brioche. … Boulder’s Heifer and the Hen has roasted beet and goat cheese ice cream on the fall menu. … Pizzeria Da Lupo, 2525 Arapahoe Ave., is being remodeled into Vero Italian, a Neapolitan pizza joint from Denver chef Andrea Frizzi, owner of Il Posto. … Gondolier Italian Eatery has opened a second location at 1217 S. Main St. in Longmont.

Mountain Sun Smokescreen Porter is not a beverage to gulp on a hot afternoon. This serious, creamy ale has the usual chocolate/coffee notes and makes it a perfect, sip-able fall warmer. The hardwood (not piney) aroma is reminiscent of smoked foods and that nostalgic whiff from a roaring fireplace. Mixed with soy sauce, the ale makes a fine marinade for grilled chicken thighs.

“Training is everything. The peach was once a bitter almond, cauliflower is nothing but a cabbage with a college education.” — Mark Twain.