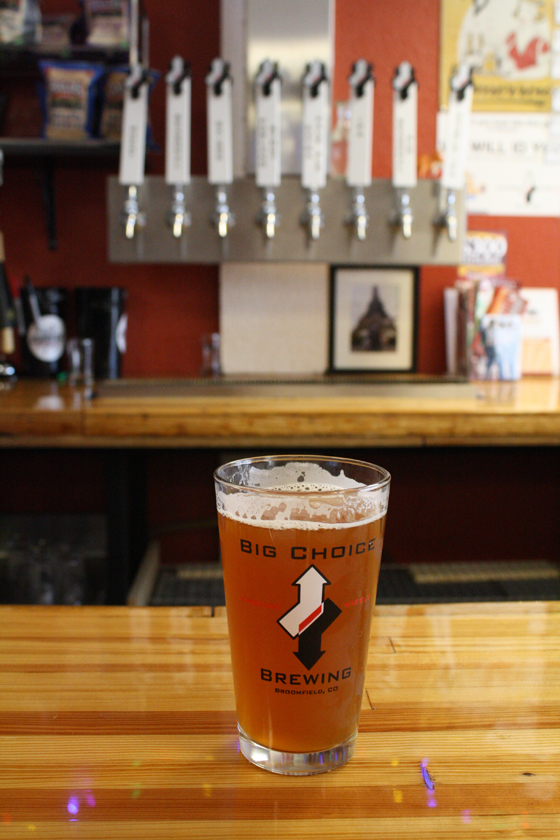 We did it, everyone. For now.

Yes, with last week’s visit to Front Range Brewing Company, Boulder Weekly staff had spent an afternoon — and in many cases, a lot more than that — in every Boulder County brewery that has a tasting room. We’ve sipped IPAs in Nederland, we’ve sampled stouts in Longmont, we’ve downed Belgians in Louisville.

But keeping up with breweries in this county is like running a race with a moving finish line. We’re only done for a while. Boulder’s Sanitas Brewing is “on pace to open around the first week of September,” co-founder Zach Nichols says by email, though like many brewers he acknowledges that things can hit unexpected snags. Crystal Springs owner Tom Horst estimates his opening in Louisville will happen around the same time.

But for just a few weeks, we made it. So, with a slight change to this column’s title, we move beyond the boundaries of Boulder County to taprooms unknown. This week we started down the U.S. 36 corridor, which rapidly expanded its brewery count in recent years. We’re also considering eventual trips to Atom Brewing in Erie (and upcoming breweries Echo, Industrial Revolution and Old Mine); Grimm Brothers and Verboten Brewing in Loveland, and a trip to Fort Collins to cover breweries both big (New Belgium and Odell) and small (Coopersmith’s, Equinox, Black Bottle and more).

First up this week was Big Choice Brewing Company, Broomfield’s only brewery — again, for now. Andrea Miller behind the bar tells us Broomfield’s getting a second, Wonderland Brewery, in early 2014, while Westminster Brewing Company across 36 is coming soon as well.

Big Choice is tucked in the expansive industrial parks along West 120th Avenue. At the door we’re greeted by a sleepy Bernese mountain dog and an exceptionally good deal: eight tasters — every beer on the menu — for $10, when most tasters elsewhere are $1.50 or $2 each. I grab a seat at the bar next to a girl with headphones watching something on a tablet. I estimate she is 8 years old. It’s a family affair.

For the most part, Big Choice’s beers fall in the drinkable/hoppy category, particularly the summery Rail Slide Extra Pale Ale, which reminds me strongly of Deschutes’ Twilight Summer Ale. Big Choice’s Type 3 IPA is amply hoppy, while the Hemlock double IPA brings in a malt base to go with massive hops. The brewery’s flagship, Disconnected India Red Ale, similarly pairs hops and malt for a long-lasting aftertaste that’s surprisingly balanced.

Big Choice also gives me a chance for a side-by-side comparison of two pretty similar styles, the French bière de garde and the Belgian saison. The French is sweeter and smoother, while the Belgian clearly has a lot more yeast, especially since Big Choice’s is yeasty compared to others. The bière de garde was a favorite of Jeff ’s, which is why his face fell when I offered a gentleman at the bar a taste and he took a swallow, then took down the rest of our taster glass. So Jeff got a full pint. Problem solved.

Big Choice’s most creative beer is the poblano stout, called #42, which was just as the menu described it: “smoky with no heat.” The poblanos contribute a definite smoked flavor, and the beer’s on the yeasty side of stouts, creating a very flavorful ale.

The brewery’s entry into the pro-am competition at the Great American Beer Fest, on the other hand, favors execution over unusual ingredients. The ESB is drinkable and smooth, with a classic caramel finish. We may have reached a temporary end to Boulder County’s breweries, but trust me, this is only the beginning.