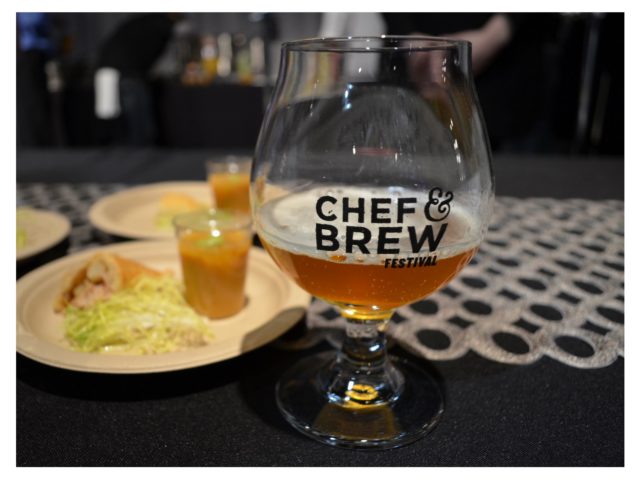 Now in its eighth year, Chef & Brew Festival is one of Colorado’s premier beer and food events — a flourishing segment in culinary appreciation, but one still in need of attention.

As conventional wisdom goes: Wine is culinary while beer is strictly social; a dictate cuisine-minded craft brewers have been trying to overturn since the late 1970s.

“If you think about it, beer has more acid; it has less alcohol than, say, wine,” Elizabeth L. Woessner, co-owner of Chef & Brew, explains. “Our philosophy is: Beer doesn’t just go with chicken wings and a pretzel. … It’s an amazing pairing with high-end, chef-driven food.”

Furthermore, wine is often made from a single grape varietal while beer comprises a range of ingredients. Something founders Michael Long and Michael Burns sought to celebrate when they started Chef & Brew — a competition where local chefs and brewers team up to create the “ultimate food and beer pairing.”

“It [gives them] a chance to think outside their own daily grind and do something collaborative and totally creative,” Woessner says. “And they totally bring their A-game to this event.”

Taking place at Denver’s EXDO Event Center on Aug. 28, this year’s lineup will feature pairings from 20-plus teams. Some are returning favorites and past winners, others are new invitees.

“We can make suggestions, but we really let the brewers and the chefs pick each other,” Woessner explains, pointing out that as more restaurants feature beer-driven cuisine, the better events like Chef & Brew get. Three in competition: Westbound & Down Brewing Company, Briar Common Brewery & Eatery, and Liberati Restaurant & Brewery, are bringing in-house chefs, “who work every single day at creating perfect pairings,” Woessner says. “They’re kind of ideal for us.”

“Every year they get more competitive, and every year they do something a little bit better than last year,” Woessner says. “They really [think] about how they are going to create the perfect pairing.”

“It was off-the-hook delicious,” Woessner says, recounting one judge’s proclamation: “This might be the best thing I’ve eaten all year!”

“Sometimes you just get surprises,” Woessner says. “And sometimes you get chefs from hotels that nobody’s heard of, that are not famous in this town, who win because they are really good chefs.”

Tickets for Chef & Brew VIII start at $49 and can be purchased at chefandbrew.com.