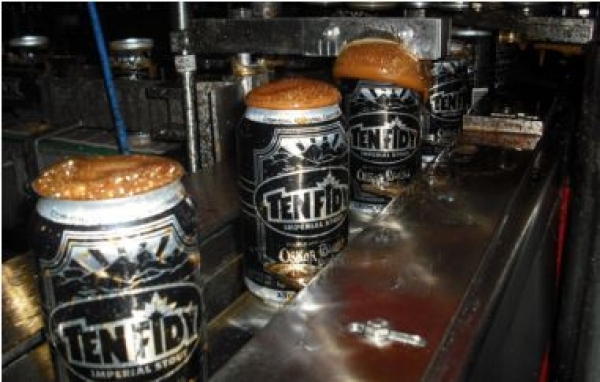 Colorado residents would do well to keep in mind how lucky they are.

That doesn’t mean beers from other places aren’t any good. But it does mean Colorado beers are as unique and awesome as Colorado sunsets or Colorado skiing — and one of the main reasons Coloradans are lucky is that they get to enjoy Colorado beer so readily and easily compared to beer lovers here in Chicago.

See, Colorado beers that are “common but a little pricey” in the Centennial State are “so expensive they’re delicacies” here. Seeing some familiar ales held up as some of the best in a liquor store or a bar is a jarring feeling — probably a bit like Keith Richards’ neighbors hearing the Rolling Stones practicing every day for free before realizing people paid hundreds of dollars to hear them.

I say that even taking into account the higher prices in Chicago. I knew prices would go up — $6 and $7 averages at bars for pints — but I didn’t know they’d be so much higher that I could not justify buying my dear Colorado beers.

The prime example of a rare-ish Boulder beer really getting the royal treatment is Oskar Blues’ Ten Fidy. A single 10-ounce glass of Ten Fidy at Lucky’s Sandwich Company is $10. My love for Russian imperials — and Ten Fidy in particular — has gotten more newsprint than Obamacare, but I can’t put down $10 on it. Compare that to the menu at Backcountry Pizza: A lot of $8s and two $9s populate the tap list, but Backcountry dares not cross the $10 threshold, especially not for a domestic available in liquor stores, where even here Ten Fidy is $15, same as at Liquor Mart.

Bottles of Breckenridge Brewery beers are nearly ubiquitous in Chicago bars I’ve been to — including the more winter-appropriate Vanilla Porter and Oatmeal Stout, both old favorites of mine — but I can’t do that either. Bottled beer at bars is generally a no-no in my book anyway, and when it’s $5 or above it’s strictly ruled out.

This is all strange territory to me, because I grew up in the shadow of Minnesota Nice that falls across the entire Midwest. Part of “Minnesota Nice” is the complete inability to say something that might cause conflict or disagreement — until you’re complaining bitterly about it later on the phone with someone from Customer Service named Debbie.

My particular offshoot — a bit of Minnesota Nice mixed with Catholic guilt and a pile of other issues — means I never want to know how much something pays or costs because asking is the ultimate impoliteness. I once bought a used book for $30 because I hadn’t checked the price and didn’t want to tell the cashier that was too much. If that doesn’t seem so bad, consider that I have never cracked it because I didn’t even want it that badly, but I still couldn’t have a reaction to the price besides “OK, I will pay that.” It’s a good thing I didn’t move to New York because I might end up buying the Brooklyn Bridge out of manners.

This doesn’t come up too often in the craft beer world, fortunately. Basically, with the exception of the bottom two inches of Avery’s menu, beer is going to be $4-$5.50 on tap, and specialty beer on tap tops out at $8.

So even checking prices is not my style. But given these prices, I’m left sampling a lot of Chicago-area breweries, from Half Acre’s Daisy Cutter Pale Ale to Founders Brewing’s All Day “session IPA” to Goose Island’s Ten Hill Pale Ale. In fact, so far what I’ve seen has been a parade of pales for the most part — but within that, there’s been great variety and interesting flavors.

Which is good. A few more weeks of saving with Illinois brews and I just might get extravagant and savor a Ten Fidy — just like home.