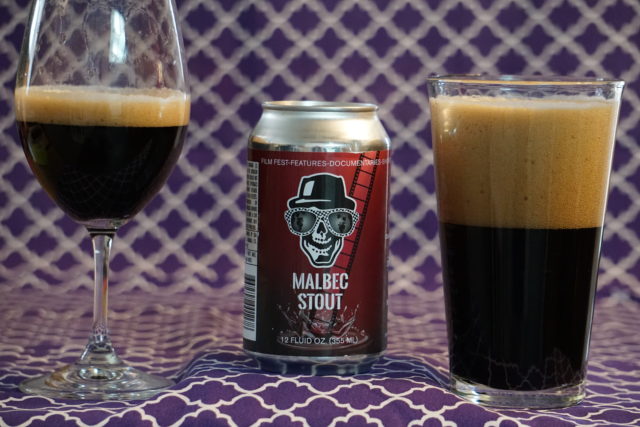 Grape versus grain? Who cares, Ska Brewing has the best of both in one beverage: Malbec Stout.

Brewed with both Cluster hops and malbec grape must, Malbec Stout is unassumingly delicious. The color is pitch black with a rocky espresso-tinged head. There’s a touch of coffee-like roast on the nose — as if the beer doesn’t want to betray its secrets. Those you’ll find with a sip: dark, roasty malts edging on bitter chocolate with the must coating the lips and gums. The malbec shows up most prominently on the back, outlasting the stout with a hit of dark fruit and a palate-cleansing tannic quality.

Wine/beer hybrids aren’t new, but they’re also tricky to pull off. And though Malbec Stout leans a little heavier on ale qualities (using malbec as a supporting player rather than a competing lead), the resulting beverage manages to stand tall.