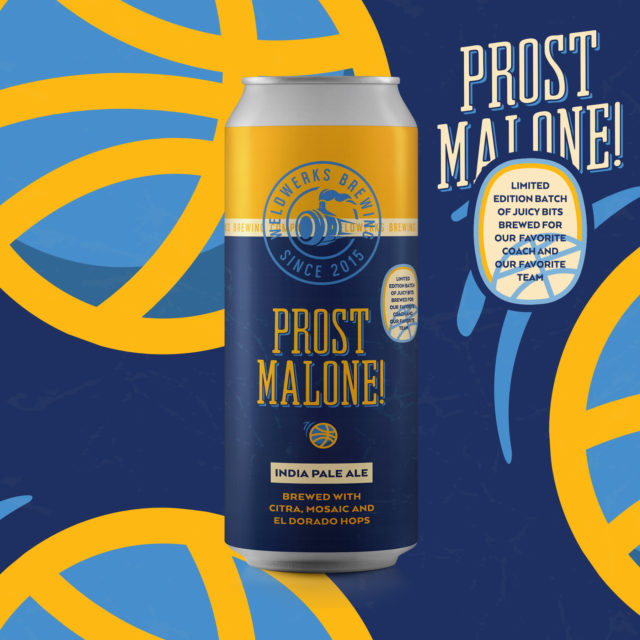 Everyone has a favorite, and Denver Nuggets’ head coach Michael Malone is a fan of the Greeley brewery’s iconic Juicy Bits — he name-dropped the brewery and beer in a press conference back in March, which is a far better pick than Peyton Manning’s shameless Budweiser plug following the Broncos’ Super Bowl 50 win. But we digress. Malone coached the Nuggets to two unbelievable comebacks this postseason, and so WeldWerks is returning the tip of the hat with a beer: Prost Malone, a limited edition Juicy Bits IPA variant brewed with Citra, Mosaic and El Dorado hops. Few Colorado breweries have moved the needle quite like WeldWerks since it joined the scene back in 2015, coincidentally the same year Malone joined the Nuggets as head coach. The Nuggets have improved every year since, and this year they turned a bizarre and boring NBA bubble into something electric. That’s certainly worth celebrating. Prost, Malone. Available wherever good beer is sold.