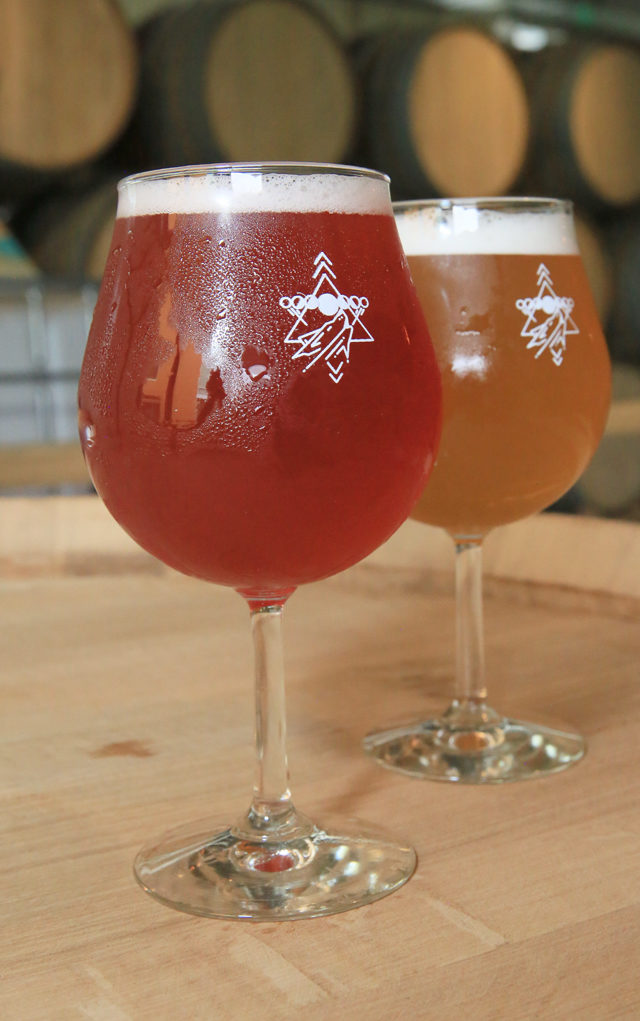 Few brewing nations hold a special place in brewers’ and drinker’s hearts quite like Belgium. From sour Flemish ales to high-octane Trappist brews, Belgium has an ancient and varied brewing history. None more so than lambic, a beer refined enough to gift over the holidays while being rustic enough to drink en masse in the warm of an autumn afternoon.

Officially speaking, lambic is an appellation — like “Champagne” and “bourbon” — and the use of the l-word is strictly enforced and reserved for beers made exclusively in the Pajottenland region of Belgium. However, anyone can use the techniques of lambic brewing, and a recent American trend, called “Méthode Traditionelle,” emulates these Belgian brews in a New World setting. Frankly, the results are stunning and unlike anything else on the shelf.

This is partly due to the strictures of lambic beer-making, which have remained relatively unchanged since the beer’s inception, notably “turbid mashing,” a labor-intensive process that tripled, quadruped and, in some cases, quintupled standard brewing times.

The story of turbid mashing begins in 1822 with Belgian taxation on mash tuns, which drove brewers to buy the smallest tuns they could and jam-pack them with barley and wheat. Little water could be added, so a special siphoning system was created to brew the wort. It took a great deal of time, but this day-long brewing process produced long, nutrient-rich carbohydrates, the kind that could stand up to a long maturation process without spoiling.

Once the wort was brewed, it was placed in a large open tub, called a koelschip, where airborne yeast would inoculate and ferment the wort. This makes lambic special from region to region, glass to glass. The brewers surrender control and let nature take its course; as it does in the next step, when the beer is racked into oak vessels for roughly a year. There, the all-important Brettanomyces chew on those long carbohydrates, rounding off rough edges and contributing subtle sour notes.

The resulting beverage is something truly wild and fabulous. The ones produced by Primitive Beer in Longmont are smooth and tangy with a subtle honey note and a nose reminiscent of oaked Chardonnay; start with its Boulevard of Unbroken Green Lights. For those looking for slightly more carbonation and a gentle prickle of acidity, try Black Project Spontaneous & Wild Ales’ delicious Puzzle Palace 002.

Produced in Belgium and easily found in liquor stores, Lindemans’ Oude Kriek (Flemish for “cherry”) adds lambic’s signature fruit to layer in flavors of sweet and sour, tart and tangy, vanilla and fruit-leather.

Fruit is just another reason to explore these spontaneous ales. Both Primitive Beer and Black Project offer fruited variants, Primitive’s Mild Wizardry is made with plum, giving the beverage a slight brambly, earthy flavor.

But the real beauty of these ales is how different they are from brewery to brewery, batch to batch, barrel to barrel. Hell, the beer even changes with each sip down the glass. Adventure is out there.